First version of Android TV on the Raspberry pi3 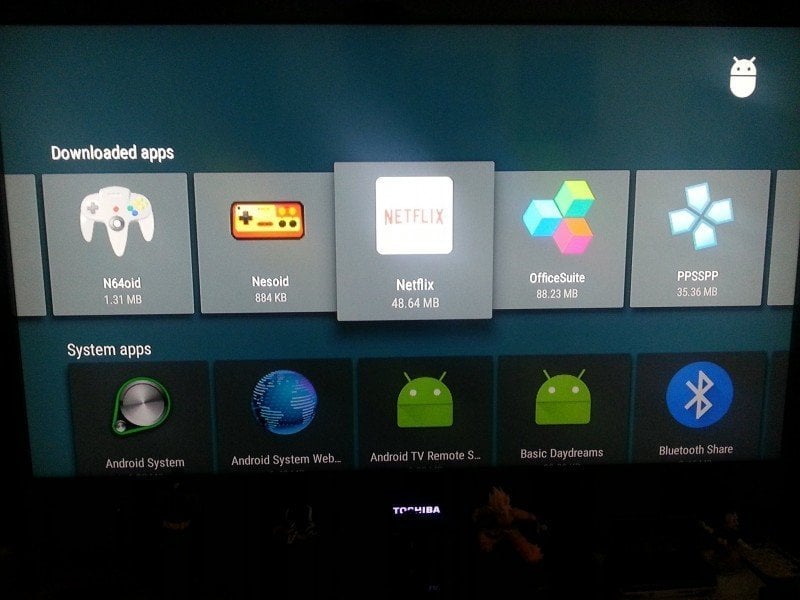 Then a few months pass and the project goes stale again but not really in the background developers are working on a stable version Android TV that would work on the Raspberry Pi 3. Then back in April developer tadpole releases Android TV 7.1 nougat for the Raspberry Pi 3. Of course, it’s still buggy has a few kinks in it but it’s a big Improvement compared to the first Android TV on Raspberry Pi with the ability to install a lot of Gapps to access the Play store to a point but some apps like Youtube just crash.

While I was playing with tadpole version I ran across a paid version called RaspAnd Nougat 7.1.2 by Exton Linux that comes pre-wrapped for you with Gapps and access to Google Play Store. 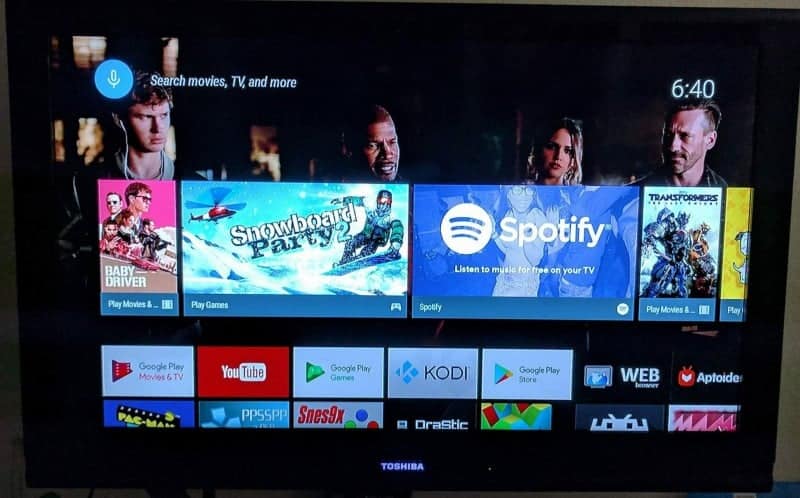 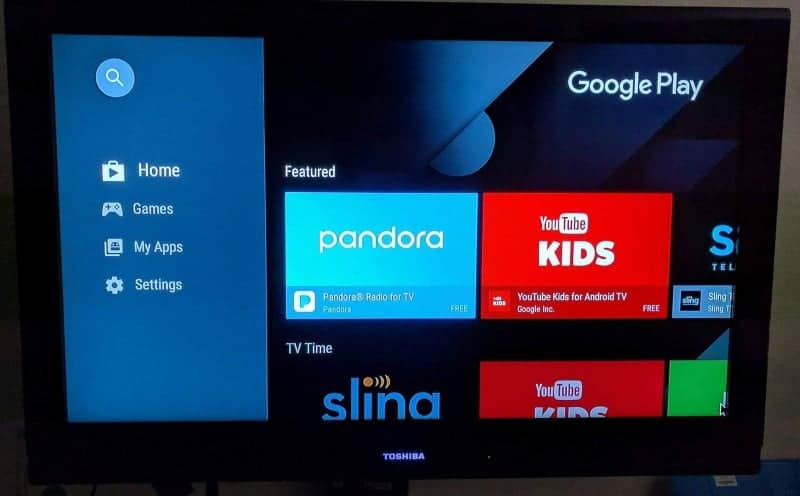 This version comes with quite a few different apps and they work quite well, it’s a real stable version compared to the others. Next is this version will work on a Pi2 but can be a bit slower at times with loading but once again it works on a Pi2 which is another good step forward in my opinion. Even though it lags in the dashboard sometimes even on the Pi3 and not every single app is going to work like you want it to for example minion run, but a lot of them I tested work just like they’re supposed to. Remember what I told you about lag, well once you have the app up and running, it will run fine with very little lag or any problems. Now if an app constantly crashes, of course, that’s just not going to work but out of the handful of emulators and apps, I tested, it worked great while some apps were streaming video or playing a game. 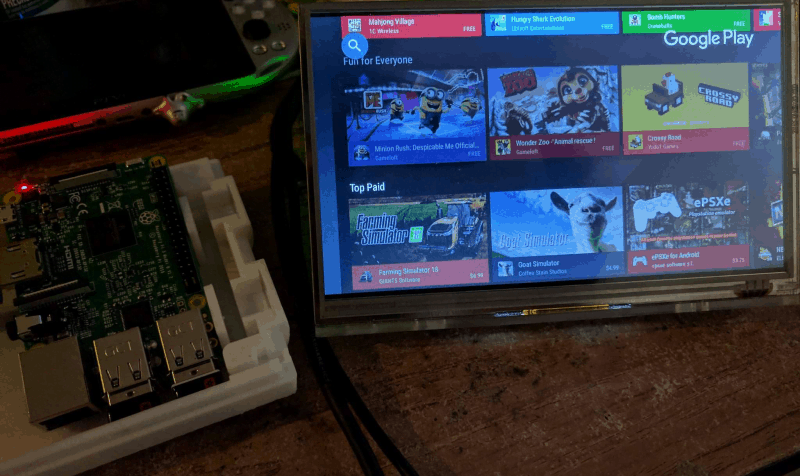 My wireless keyboard and mouse combo work great, with no problems navigating the dashboard and since this is Android TV there is no touch function, so you don’t will have to worry about that unless you install an app or game that relies on them heavily. Just like any Andriod device, it’s easy to install other apps and games on your micro SD card. Then use ES file explorer to find & install them or you could even use an FTP app to put more apps and games in it. Now using a USB joystick on the Emulators was very easy and the Pi recognized most of my controllers from the DS4, DS3, Xbox One, to the Switch pro controller. Since the Pi3 has Bluetooth you will be able to use apps like the Sixaxis or connect the Switch Joycons to it like most Android devices. 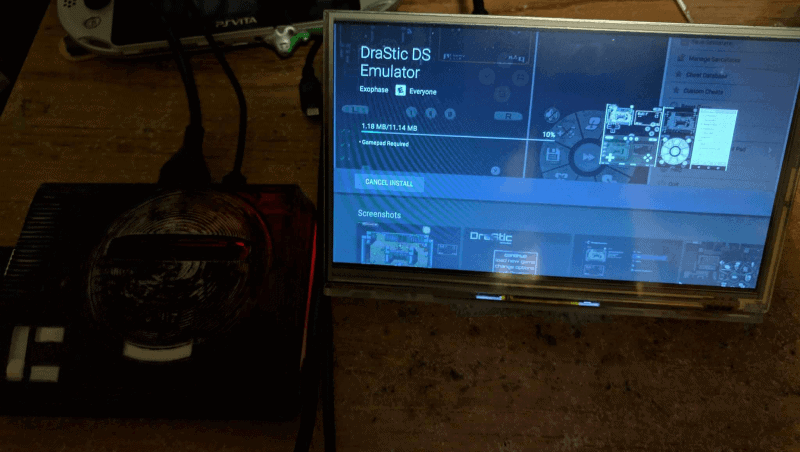 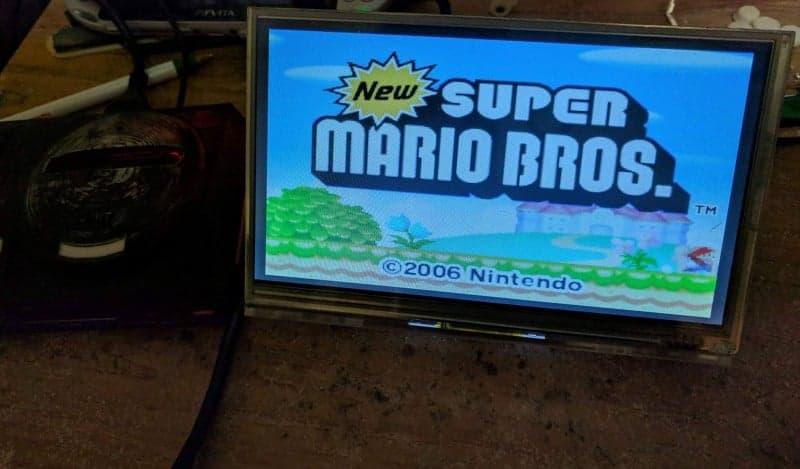 Next thing that might bug you is the screen flicker that can happen with some displays as my Samsung TV flickered like crazy but my Toshiba and 7-inch display only had a flicker here or there and nothing that made it not viewable. The other thing is it can be very slow loading some apps or games, so this is still a work in progress if you ask me but the paid version is a stabler version with a few bugs in it still. 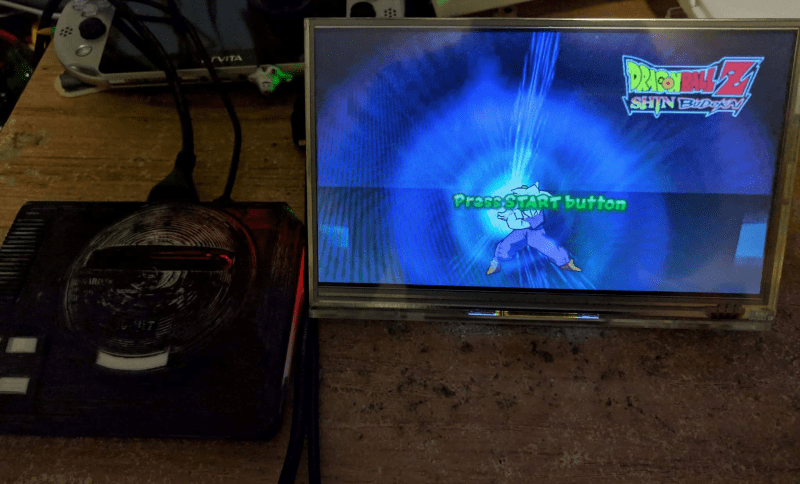 It seems the paid version is the same as the other one all the guy did was tweak it and add all the things that it needed for an easy installation that anybody can do. So I guess you’re paying for convenience over the free version from tadpole.

If you are really heavy into Android in like a project than the free version is definitely for you because you can add Tinker with it and do so much more. Don’t get me wrong the paid version you can do the same thing but if you can already add and sideload apps yourself then might as well. If you’re looking for convenience or a noob friendly way to go with this Android TV installation then the RaspAnd image for $9 might be just for you.

First version by  Geek Till It Hertz