Review: Warriors All-Stars for the PS4

Dynasty Warriors has been around for quite some time and there’s been plenty of adaptations to the series. All Stars Warriors is the next new chapter in the series so it’s basically Dynasty Warriors with a fresh new paint job and new characters and a new story, so I thought. The heroes/villains are what the All Star characters are called throughout the story and the characters look like they’re plucked right from their original video games they originally come from with no changes. 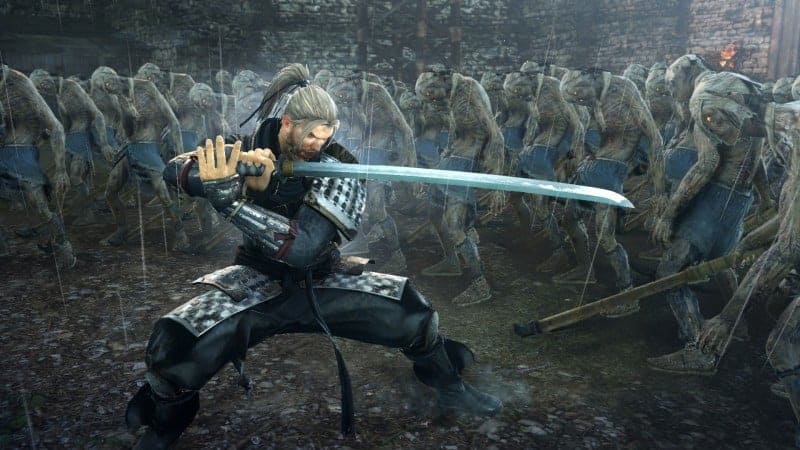 My first thought about this game was, were they going to do was some type skin modifications to a Dynasty Warrior game that they already had and just slap a new label on it. That’s not the case with AllStars, of course, it’s going to look very similar to Dynasty Warriors because it’s part of the series but what makes this a lot different than all your other ones is you get to play with your favorite characters from different Koei Tecmo games and the story for the game is actually very good but its one of the shortest in the series. You can tell they took their time with this one and they wanted to do it right instead of just slapping it together with a fresh new paint job. 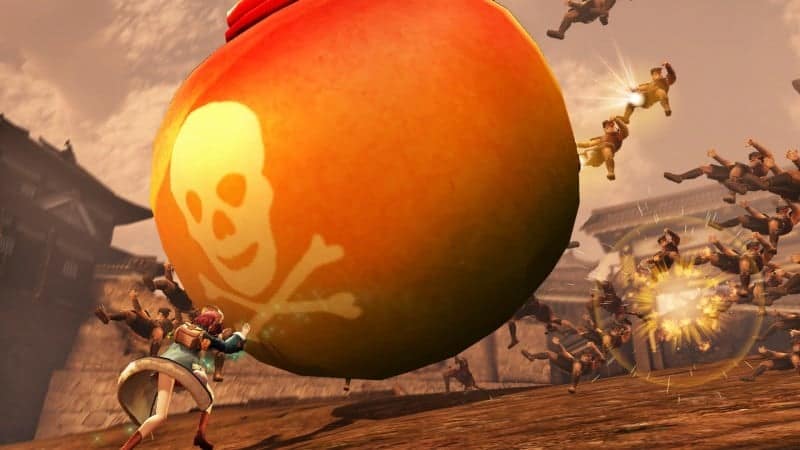 “The primary setting of Warriors All-Stars is a kingdom relying on a magical spring to sustain themselves. When the king of the kingdom suddenly dies and the spring begins to wither, the widowed queen and priestess of the spring, Sayo (小夜, voiced by Aya Endo) informs her three charges, her children Tamaki (環, voiced by Yūki Takada) and Shiki (志貴, voiced by Kazuyuki Okitsu), as well as her nephew Setsuna (刹那, voiced by Yukitoshi Kikuchi), that the spring must be restored using the power of otherworldly heroes. When Tamaki attempts to summon the heroes using the last of the spring’s magic, the summoning goes awry, and the heroes are scattered throughout the land. Each of the three charges proceeds to recruit the various summoned heroes to their cause in a race to restore the fountain and claim the throne for themselves.” 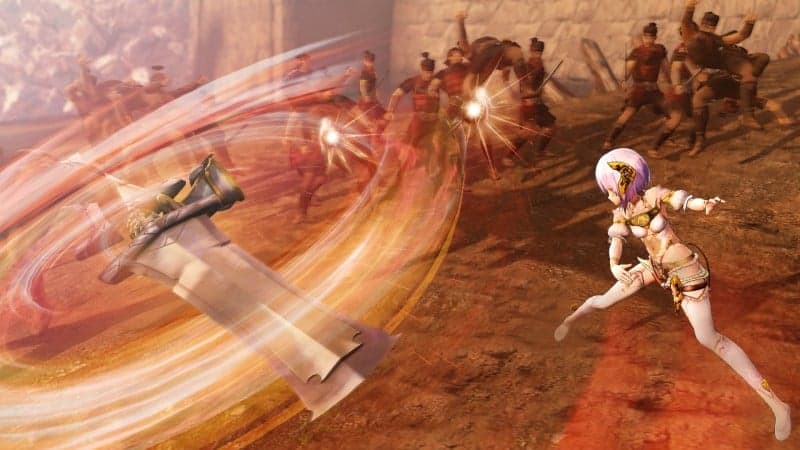 “The story then turns its focus to a hero selected by the player before the first mission. This hero is generally joined by the other heroes from the same series of origin (characters who are the sole representatives of their series are joined by characters from a second series), who are in turn recruited by one of the three charges for their cause; the second mission introduces the two other rival claimants to the throne and their respective forces. At this point, the story branches off into three broad campaigns, based on the royal heir that has recruited the hero.” 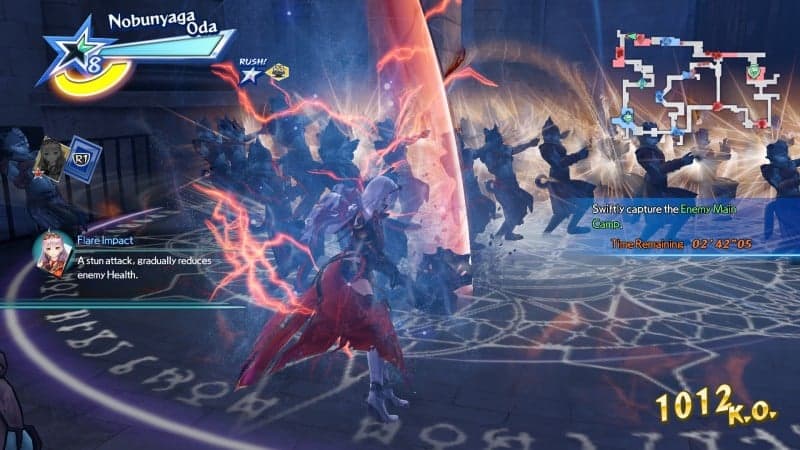 Each of the three campaigns has a special condition that must be met for the story to switch to a fourth campaign, in which all heroes will be available for use.

The main story won’t take you long to get through its about 10 to 12hrs long to get the true ending but there are hours and hours of gameplay with other super hard or easy challenges through the game to play, which makes it even longer. 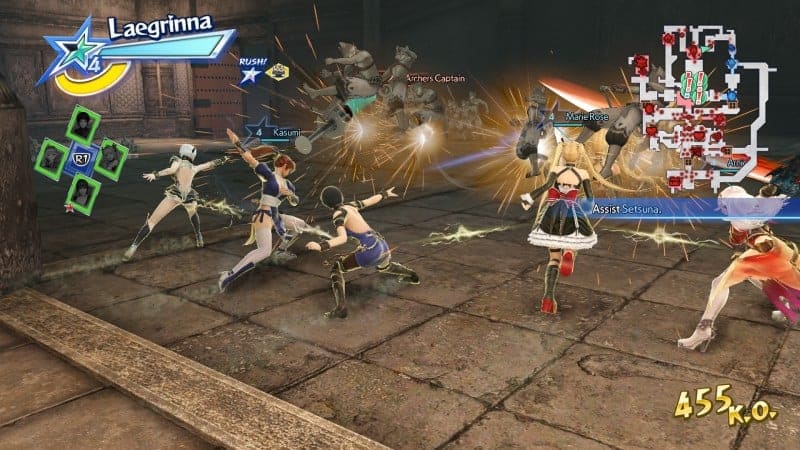 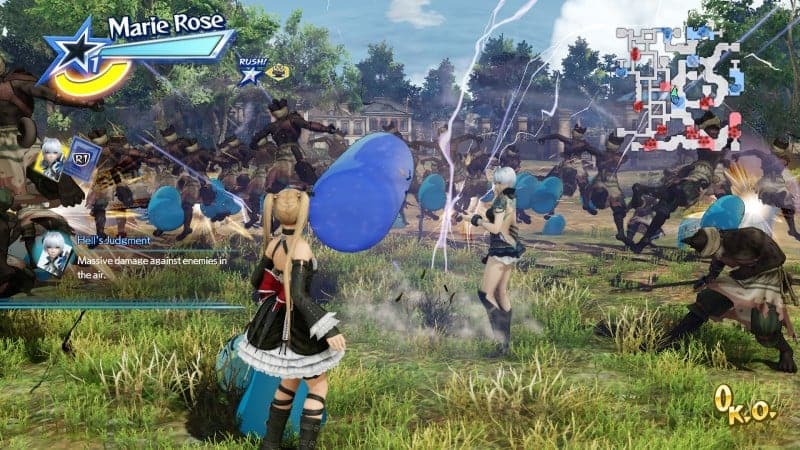 The game has plenty of hacks, slash, special moves, and characters for you to enjoy hours at a time because most of us have played Dynasty Warriors at least once and you’re going to either like it or hate it. These type of games are not for everyone but I will tell you one thing, is this will be going in my library as it’s a great Fan service game done right. Letting us play some of our favorite characters in none tradition ways we are used to. Now the music was ok and in its times of battle the BG music got better but this sound track is nothing to write home about and in my opinion, it could have been better. Luckily we can turn the BGM off and play your own music and keep the sound FXs on.

I give this game a 7.5, because of the great fan service that brings fun and some times a little silliness in the game but it still has good strong points throughout the game. Only big thing that hurt it for me was the music other than that, it’s a good, wild, silly game to kick some butt in..

Play-Asia has the game pre-order and you can use our coupon code informer to save a few bucks.

I like to get everyone the right info and I like to help others get the most from there electronic devices. I enjoy playful cleverness and the exploration of technology. My Motto: You own it, you can do whatever you want with it.
@HackInformer
Previous Magical world of ‘Ary and the Secret of Seasons’
Next Review: Neptune Flux for PS4/PSVR