A Hat in Time is getting ready for a October release

At Gamescom, I was able to test Developer Gears for Breakfast’s New Game called “A Hat in Time”. I was really looking forward to trying this Game at Gamescom as soon as I read what the Game was about when the full Indie-Arena listing got released. I was able to play a full level of world 2 which is also shown in the Trailer below and have to say that I really liked it.

Here’s a short summary by the Devs about the Game:
“A Hat in Time is a 3D collect-a-thon platformer in the spirit of the beloved Nintendo and Rare games from around the GameCube era. Think Mario Sunshine and Psychonauts all in one! The game features Hat Kid, a girl who travels time and space to protect the world from the evil Mustache Girl!

Travel with Hat Kid as she tries to recover the hourglass-shaped fuel for her spaceship! Race to collect them all, as everyone else on the planet is hunting for them as well, including the evil little Mustache Girl! Upgrade your hat by attaching badges to it and defeat everyone in your way with your trusty umbrella!” 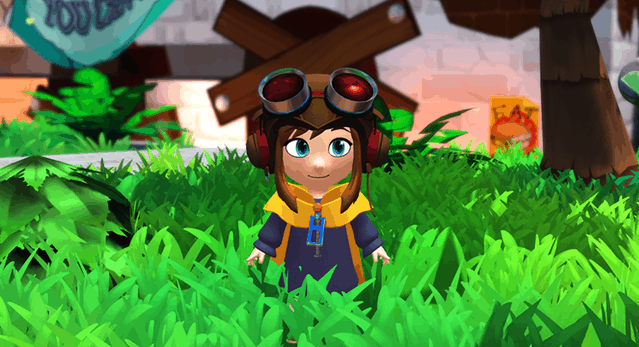 Playing the Level it Iimmediately gave me the nostalgy of playing Super Mario 64 and Banjo-Kazooie when I was younger. You start in the Train and get to run around and get asked a few questions by strangers which will later be incorporated into the Story. That’s a cool idea which adds some personality and funny elements to the gameplay. After walking through the train a bit you get to a phone where you get told that a Surprise is waiting for you.

In, shock, it turns out to be a murder but no problem the good old Crowds of people are there to help and solve the crime right? Nope, that would be too easy so you also depart on your Journey to look for clues to possible suspects that could have committed the crime. While doing that you will have to stay hidden from the crowds searching the train or you will loose a life and get thrown back to the last checkpoint. The real challenge in this lies within the fact that it is pretty hard to get all the evidence before the Time runs out. Every few Doors the Timer will advance and when it hits 12’o’clock you will have to present Evidence of the Person who committed the Murder. 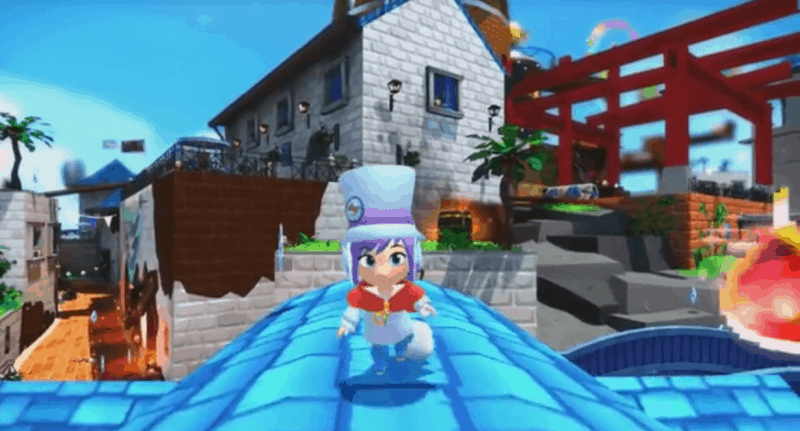 Having mentioned that this Game reminded me of Banjo-Kazooie there are of course lots of fine little jokes here and there throughout the Game which help create a lively and funny atmosphere.

If this helped spark some interest in the Game you can watch more Trailers and Announcements on their Youtube Page here. You can also pre-order the Game from their official Website and get send a Steam Key as soon as it launches or wait until it is released and buy it directly on Steam here.

A Hat in Time releasing October 5th for PC, Xbox One and PS4