Review: Cladun Returns This is Sengoku!

Set in Japan’s Sengoku Era, you wake up in the mysterious land of Arcanus Cella where the souls of the dead gather as they await reincarnation. However, some souls have unfinished business that needs to be settled before they can reincarnate.

As the player, you will assist these souls by traveling to real-world locations in feudal Japan and fighting your way through dangerous dungeons filled with monsters and traps.

Cladun Returns continues to have that 8-bit charm while having a polished and refined look for the newer systems, It feels right at home on the PS4 and/or the PS Vita respectively. 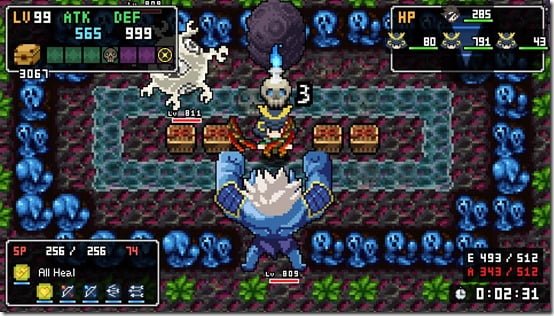 Throughout Cladun Returns, you must clear dungeons and progress the story. Each dungeon holds a wide variety of monsters, but the only objective is to find the exit. Exploring dungeons can prove to be difficult when the layout of the level contains multiple traps that trigger once stepped on, the problem is that you can’t see these traps unless you’re close to them.

Dungeons in the story mode as in the EX dungeons are not randomly generated and can be returned to as many times as the player wants in order to level up and to collect items. There are two randomly-generated dungeons that allow you to take on more powerful enemies and try to get rare items and weapons. 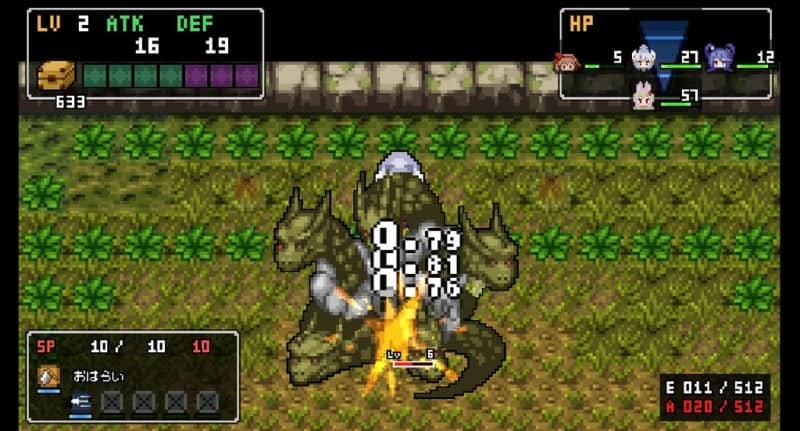 One of the most important things to master are the “Magic Circles”, this allows the player to bring a full party into the dungeon while being represented by only one character. The Magic Circles range from different layouts including high defense, high offense, support. These layouts are unlocked as the character levels up, while some are better than others you have many ways to help with your exploring the dungeons. 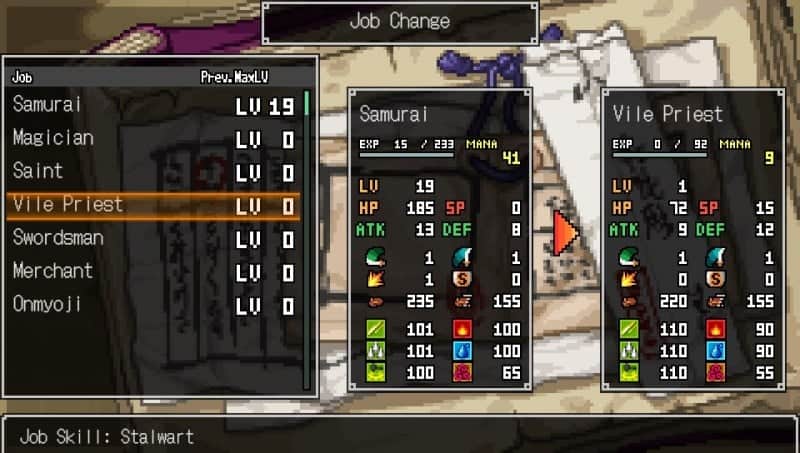 There’s just so much to this the game that you wouldn’t expect, there’s even a character creator where you can create pixel sprites of yourself, your party to use in battle! Not only that, you can level-up weapons, create music, and grind for rare items and weapons. 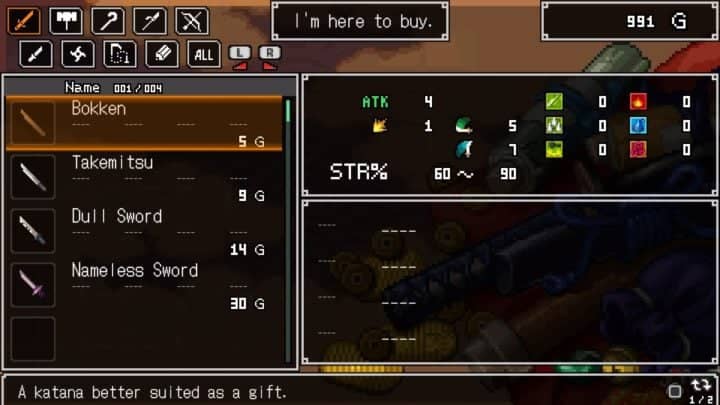 Building up your weapons  is done by gaining exp points by using said weapon in battle, so getting the weapon is just the first step, adding to its stats is the second and allows you to have many different of the same weapon just with strength and defense differences, this gives you the ability to build one hell of an armory.

The main story of the game has its place in the world as a good story but was not what keeps you playing this wonderful game. With music that feels oh so familiar while being new all the same, It calls back to a simpler time in gaming. 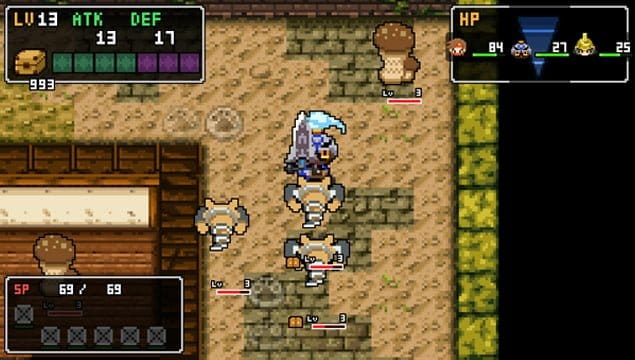 Cladun Returns: This is Sengoku! is for gamers who want a quick and satisfying experience. The game is fast enough to pick up for ten minutes and complete a few missions, but also deep enough to offer hours of enjoyment.

While the repetitive dungeons can be a problem for a lot of use, but other die hard fans of series (like me) will have enough different activities to keep you creating and grinding blissfully for hours to come.

Cladun Returns: This is Sengoku! closely resembles what fans like me are used to if you’ve played any of the previous entries, as they were a joy on the PSP, and are now a joy for the PS4 and Vita.

This game earns its rating of 9 out of 10 for both PS4 and Vita for being just what we need sometimes an easy to pick up and satisfying experience but replay value for some just might not be there with the repetitive dungeons.

We here at Hackinformer want to thank  NIS America, Inc. for bringing this game to us all.