Our Review – Fallen Legion: Flames of Rebellion for the PSVita

In the midst of the empire its king lost, it is in turmoil. As Legatus, A general of the Fenumian Empire, you decide now is the time to strike and overthrow the royal family as new details come to light about the family. Will you be able to accomplish the task and overthrow the Empire, or fall in your failed task? Find out in Fallen Legion: Flames of Rebellion. 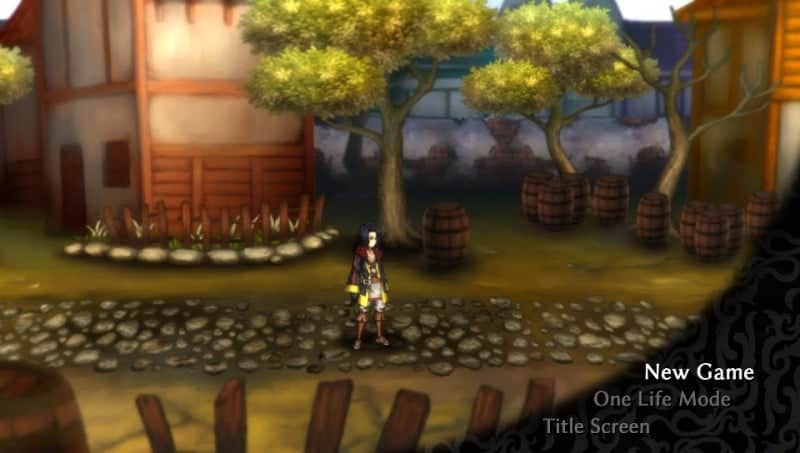 Thank you YummyYummyTummy for the review code

This review will not be as long as past reviews since its somewhat the same as it’s sister game too, Fallen Legion: Sins of an Empire. Differences are story related and some of how the gameplay occurs due to the Vita. 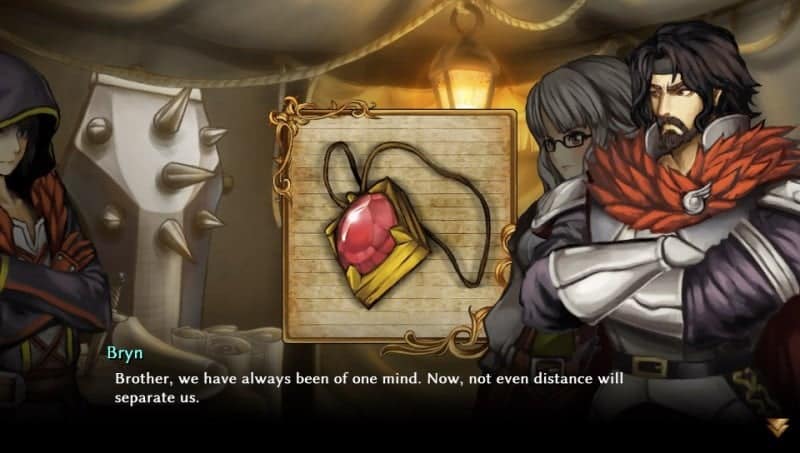 The following is from the Fallen Legion Wiki:

“Claim the throne in Fallen Legion: Flames of Rebellion! Join Legatus Laendur, a cunning general who hails from a land devoured by the Fenumian Empire, as he fights to overthrow the royal family.

Fallen Legion’s intense battle system has players control up to four characters simultaneously. One second your Exemplars are knocking a drake out of the sky and the next you’re commanding your team to block right before a magic spell hits to reflect it back at your foes. In between battles, you make split-second decisions that change how the game unfolds.

Will you raid a village to gain a strength buff or cut your army’s rations to resurrect a fallen party member? Each choice you make bestows a different power-up and permanently changes the world.

Threatening to mutiny to revive one of your characters?”

In my honest opinion, compared to its sister game, Sins of an Empire, Fallen Legion: Flames of Rebellion delivers. It is a much more enriching story and delivers the story in a much more impactful way. This is awesome because the PlayStation Vita needs more love, and it is good to know that the superior story of the two games is on the PlayStation Vita.

While there a few bumps here and there, Fallen Legion: Flames of Rebellion does its job to deliver on its side of the story in a two part story. Those expecting to just play one game should really consider playing both games. However, If you only have a Vita, you are in for a treat to get a good story.

Intro/Story score: 5/5 – Fallen Legion: Flames of Rebellion delivers a great story that is much better than its sister story of the PS4 counterpart. 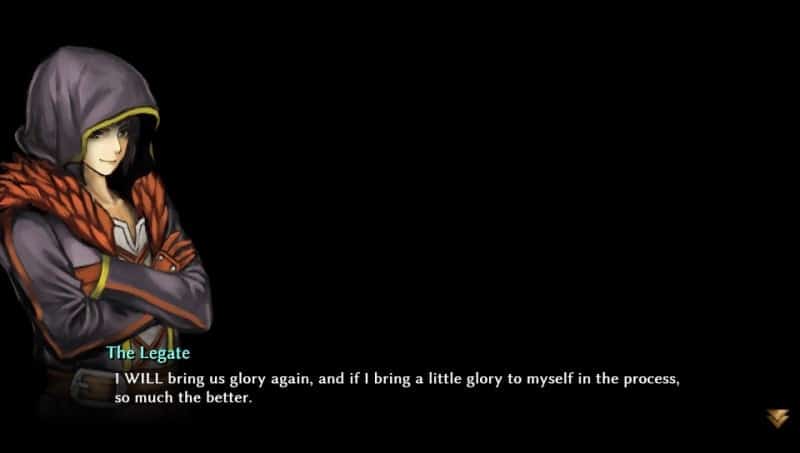 While the gameplay remains the same from the PlayStation 4 counterpart (see review here), there is one huge difference. That is the load times. 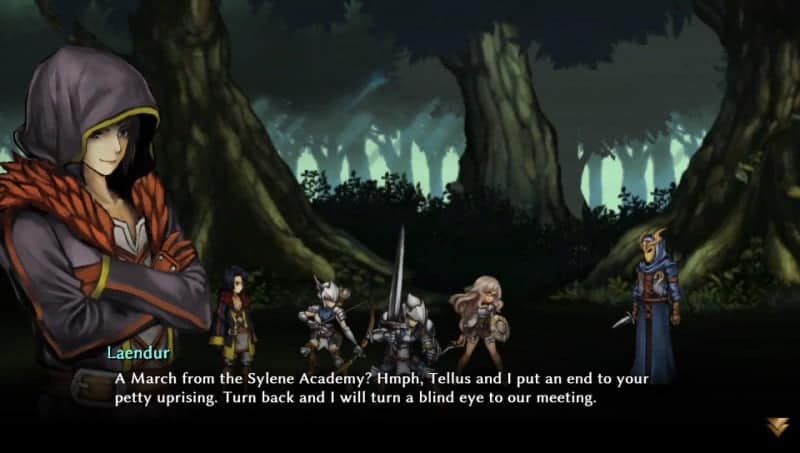 Considering this is a PlayStation Vita title, this makes sense. However, I truly believe that this game pushes the Vita to near its limits. With the great deal going on, it would have some moments where it will take a time to load in everything. However, once the battle loads in or the story load in, expect no more loading. That is to say much better than some current AAA games out and a bout, and for the Vita as well. 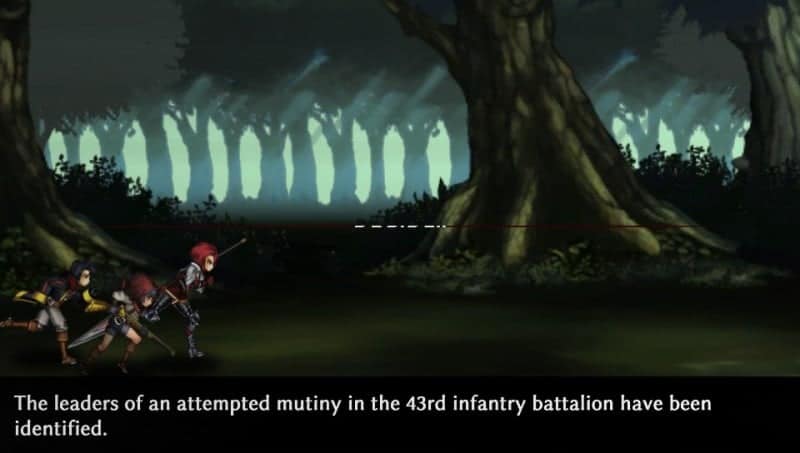 Give or take, I would say the load time can vary anywhere from 5 to 40 seconds each time. Otherwise, you still have the great mechanics from the PlayStation 4 title. You have the unique combat, the unique story delivery, and the unique decision system. I can see how the loading may be a huge issue to others.

To be quite direct, from clicking on the game to Boot from the home menu, it took 63 seconds. I did this count several times. That was nearly a killer itself. I was hoping the newest patch would address these loading times as it did for other issues, but no it did not. If you are patient enough to wait, you are in for a treat.

Gameplay score: 3.5/5 – Flames of Rebellion has the same great gameplay but suffers terrible load times right from the get go. 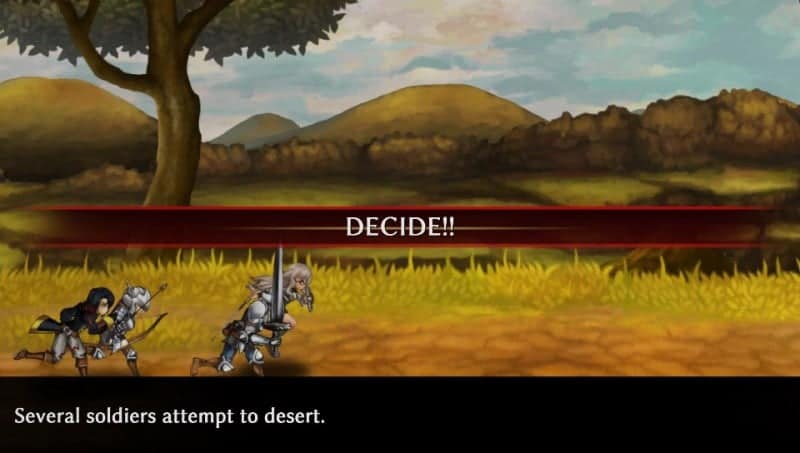 Visually this game looks like its PS4 counterpart. This is to say the game is very beautiful. However, this comes at a cost. It cuts into the frame rate of the game at moments. However, with the newest patch, they addressed the framerate issue, so that is no worries. I highly suggest grabbing it ASAP to enjoy the beautiful game. I would say it up there with one of the best looking Vita games, it’s on par with anything VanillaWare puts out there for its titles. 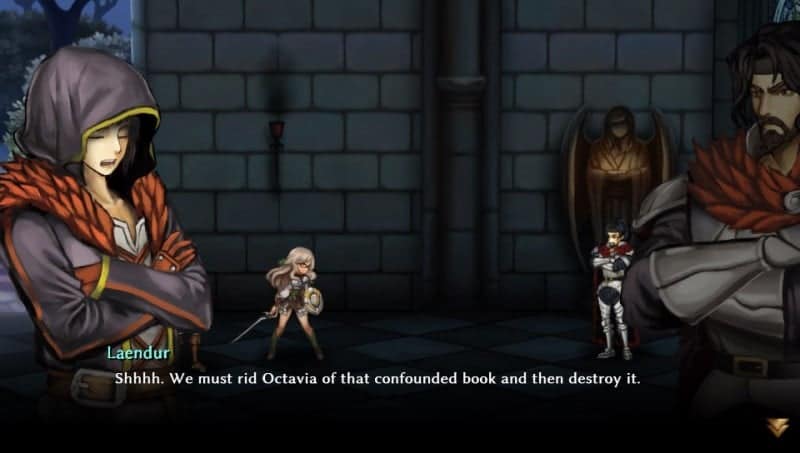 Visual Score: 5/5 – No matter how you play this, Fallen Legion: Flames of Rebellion looks fantastic.

For those who read my reviews, they know audio is huge to me. This is double for Vita games. Let’s face it, for Vita titles, somehow the audio doesn’t transition well. Some games sound as if they are in a tunnel or played from the phone. I am happy to report that it is not true for this game. The sound quality, voice over quality, and soundtrack quality are on par with its PS4 Counterpart. It is fantastic in every sense of the word.

Audio score: 5/5 – Same as the Visual department, Fallen Legion: Flames of Rebellion sounds fantastic. It is a perfect compliment to the Visuals. 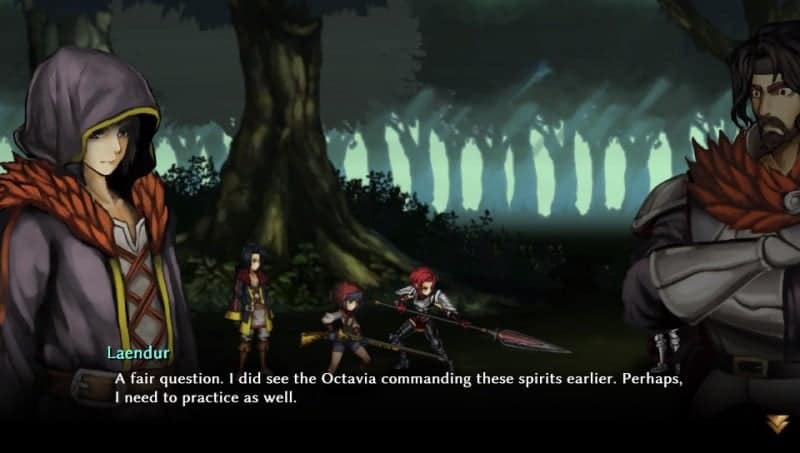 With different strategies and choices to make in the game, the player will find themselves going back and forth to see what works and what does not work. This is in addition to trying to S rank every level, and just wanting to replay the game. It draws a player in with how it’s uniquely done.

Replay Factor score: 5/5 – Tons of paths to explore, and tons of work cut out for the player to get what is needed. With an addictive and unique system, Fallen Legion: Flames of Rebellion has the player wanting to replay it. 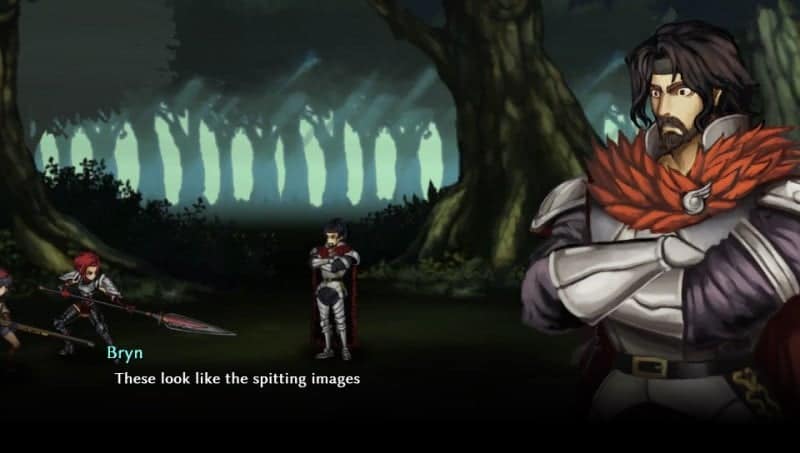 Is this game fun? I can constantly repeat myself from the PS4 review to this review, but to make it short yes it is fun. Despite the terrible load times which can detract from the experience, This game is fun.

Fun Factor Score: 4/5 – The game is fun, but the load times are something else detracting from the overall fun experience. 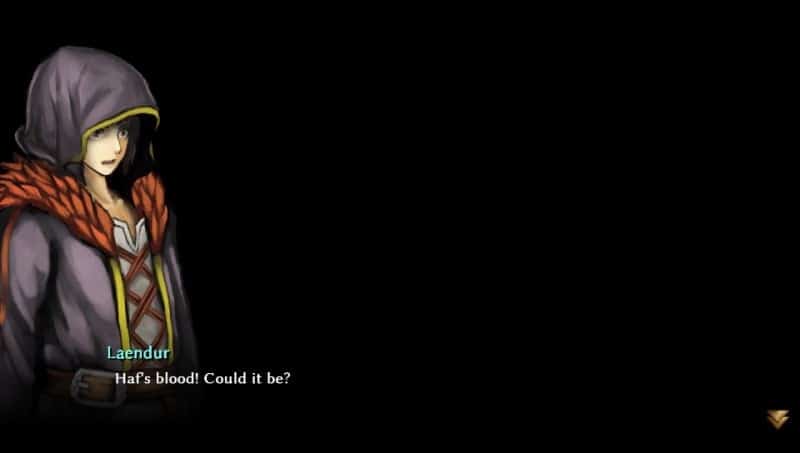 A gamer and jack of all trades. I enjoy many things, but overall just enjoying life. Hopefully, I can add enjoyment to your life through my articles or interactions.
@mgs2master2
Previous Where to get your controllers, consoles, & more custom painted
Next Jailbreak Tweak Roundup for iOS 10-7/24