Our Review – Fallen Legion: Sins of an Empire for the PS4

In Fallen Legion: Sins of an Empire, you take the role of Princess Cecille as you live your life within the kingdom of the Fenumian Empire. One day news reaches you that your father, the king, has passed away. As a result of this, you now ascend as the Queen of the empire. Armed with your Grimoire book and spirit troops you begin to defend your kingdom against the rebellion occurring. Will you be able to defend the kingdom or fall? Find out in our review of Fallen Legion: Sins of an Empire. 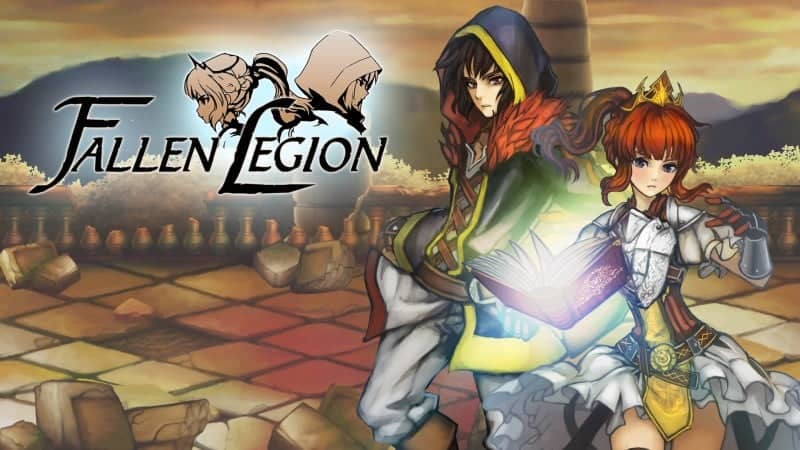 Fallen Legion: Sins of an Empire

*Thank you to YummyYummyTummy for the review code for Fallen Legion: Sins of an Empire & Fallen Legion: Flames of Rebellion (Playstation Vita 2nd portion of the story). * 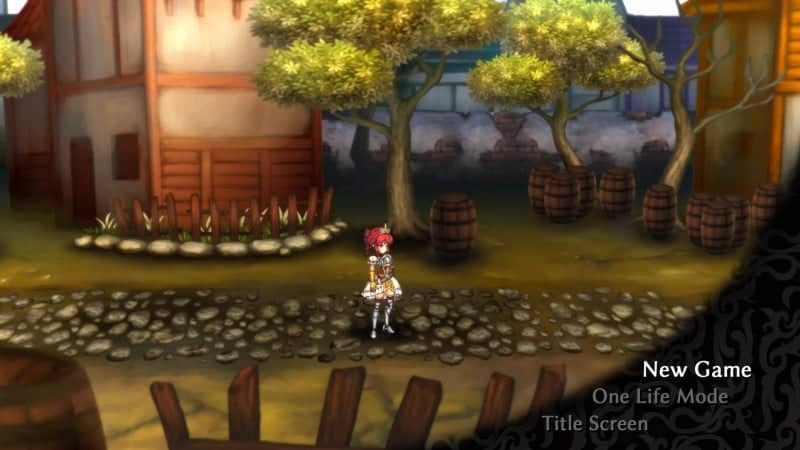 From the Fallen Legion wiki:

For ages, Fenumia has ruled over the vast continent, and now the crown has been passed down to the princess. Among the artifacts of the recently departed king lies a sentient book that holds timeless knowledge and an extraordinary power to breathe life into weaponry.

Guided by this mysterious tome, the unwavering Princess Cecille journeys on a personal quest to restore her kingdom to its former glory in the 2D action-RPG Fallen Legion. As she travels beyond the castle borders, however, she finds nothing is truly as it seems. How far will she go to save her home?

The way the story is told in Fallen Legion: Sins of an Empire is well done. You begin with the present, then your story is retold in past format. You play the game and it unfolds to get to the present and continues on. In addition, this is only 1 part of the story. The 2nd part of the story is a Playstation Vita game titled, Fallen Legion: Flames of Rebellion (which will be the next review coming in the next few days).

Both games tell one narrative which works well. This is different from previous games that have tried this approach and come up short. YummyYummy Tummy took their time to do this, and it shows in their works. The story unfolds and does a good job in this approach.

I have no gripe with this game and its story telling. I can, however, see gamers being disappointed if they own a PS4 but not a Vita, and vice versa. However, I have both devices and I was able to get the full story. I have no issues with this approach, as it gives the developer free range to get their entire story out there across multiple platforms. I also appreciate the fact that YummyYummyTummy has shown love to the Playstation Vita, which it needs.

Intro/Story score: 4/5 – While Fallen Legion’s story is well done, it is told across two video games. To get the full experience, you need to play both games. However, if you only play one, you still get a good chunk of the well written and well-done story. 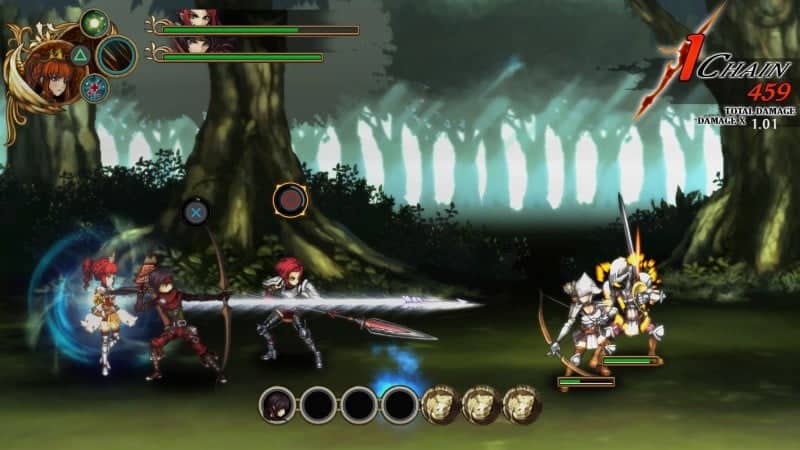 In Fallen Legion: Sins of an Empire, I can honestly say the gameplay is one of the unique styles I have ever seen in a game.

During cutscenes, you get the visual novel aspect the characters in the game are interacting. However, during combat, you get several elements combining into one central element. Your characters run a straight path automatically. During this running, you get hit with several different components. 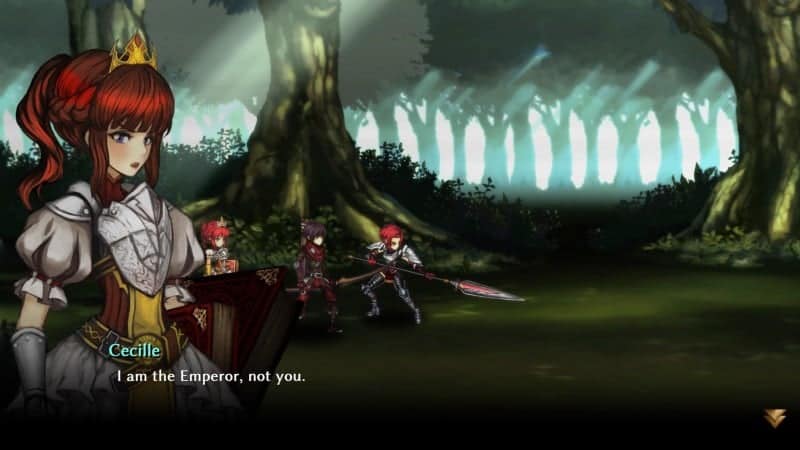 One component is the actual combat component. You press one of the corresponding buttons to have that unit do their attack. Each unit has their own active time bar until they are allowed to attack again. You, the main character, has their own set of skills. It is their magic attack, a healing magic, and reviving downed allies button. It is not all cut and dry as I laid it out. You have to incorporate a strategy to this, or you will be hit with reality/game over once the game stops holding your hand I would say.

You will find yourself easily slain if you do not use that strategy element. It is rather unique. I do have a negative con on this though. Sometimes too much is going on the screen at once, and you may not keep track of when it is time to attack again. You have to pay attention or not mash the buttons. The game isn’t going to let that slide by any means. 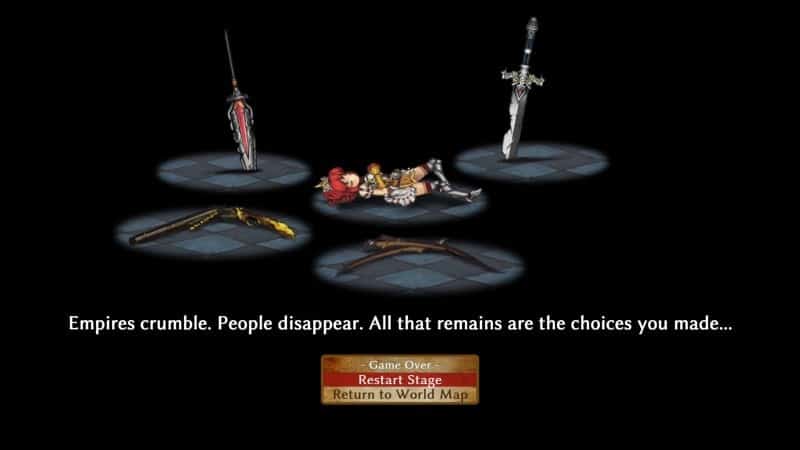 Another component is, well it is delivered during the gameplay but not actually interactive, is the story delivery. Your team will run up to a certain point and stop to interact with another main character in the story. You get the story in this aspect then you continue to move on. 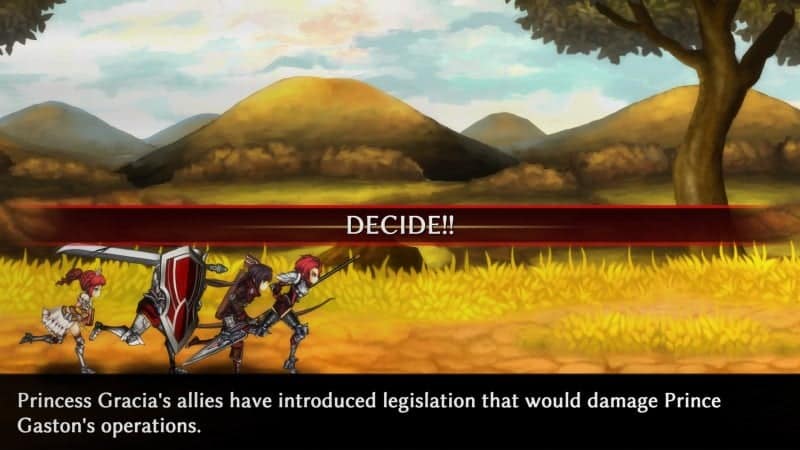 This plays into the game’s moral system. Sometimes the moral system plays into actual gameplay as an NPC or one of the main characters will stop you on your path of running to let you know if your choice was good or not. You can get rewarded or forced to fight a strong foe once considered an ally. Make your choices wisely.

With minor complaints, I enjoyed the combat immensely. Fallen Legion: Sins of an Empire did something unique in gameplay. It shows a great deal and pays off.

Gameplay score: 4/5 – With very little complaints, Fallen Legion: Sins of an Empire offers one of unique gameplay elements I have ever seen in a video game before. 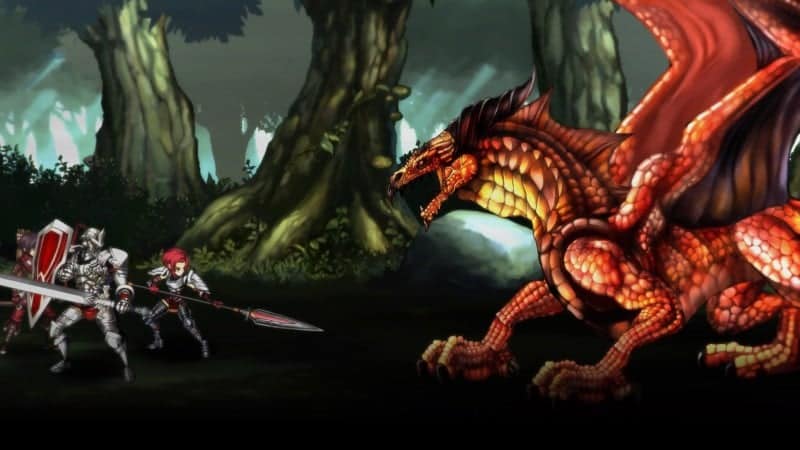 Visual wise, Fallen Legion: Sins of an Empire looks well. For this type of game, this art style works. It reminds me of Odin Sphere with its visuals, as well as any Vanillaware title. I do not say that lightly. I love the Vanillaware titles, their visuals, and overall presentation of all its elements. Fallen Legion: Sins of an Empire does well here with the visuals.

Audio Score: 5/5 – The soundtrack and all audio in the game work very well. 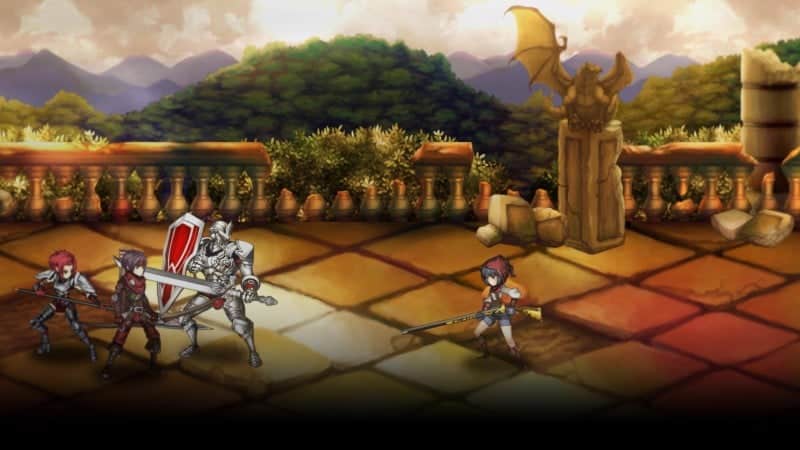 I would say this game (and series in general) has good replay value. Once again, this is one of two games for one narrative. You need to play both titles. Also, the gameplay itself is very addictive, plus getting the S rank in each level. Also, you have the one life mode which itself is very difficult. Lose that one life and it’s all over. There is plenty to do and to have fun with it.

Replay Value: 5/5 – Fallen Legion: Sins of an Empire has a good amount of content to keep any gamer coming back for more 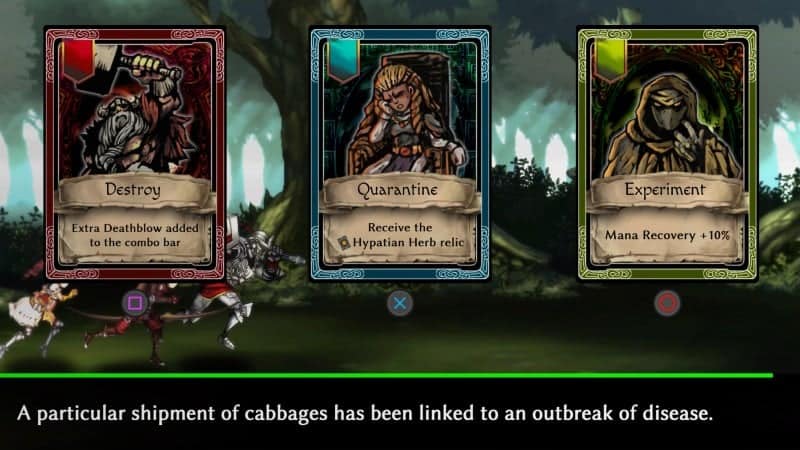 Is this game fun? I can confidently say Fallen Legion: Sins of an Empire is a fun game. It starts easy and the difficulty picks up steam. It keeps you engaged and wanting to keep playing. Even now as I am typing this, I am thinking of going back to play once again. It is one of those rare titles that is fun and just enjoyable. It completes with several AAA games that are fun as well.

Fun Factor: 5/5 – Fallen Legion: Sins of an Empire is a fun game. Developers took the time to make sure it was fun. Not much more to be said. 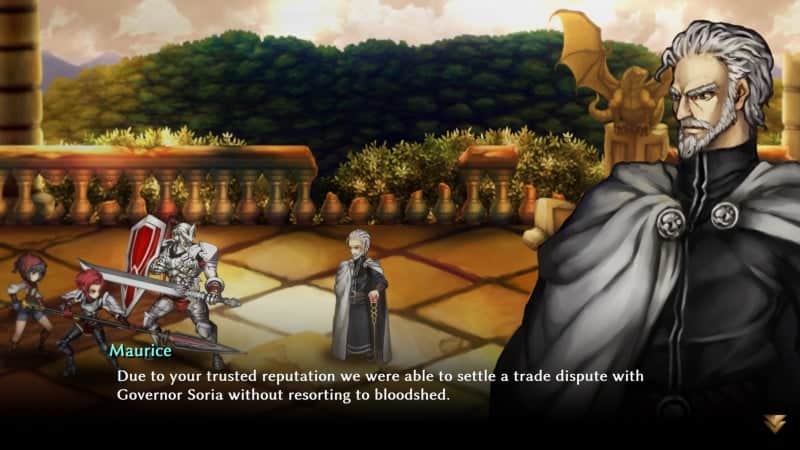 In my personal top 5 of this year (so far) this is on that list. With a great story, addictive gameplay, wonderful voice work and soundtrack, and overall fun time Fallen Legion: Sins of an Empire is not a title that should be missed by anyone. The game takes chances with its gameplay system that most titles do not, and it truly pays off for Fallen Legion: Sins of an Empire. Once again, DO NOT MISS THIS TITLE. I was pleasantly surprised playing it and it is still on my mind wanting to do another run through.

Intro/Story score: 4/5 – While Fallen Legion’s story is well done, it is told across two video games. To get the full experience, you need to play both games. However, if you only play one, you still get a good chunk of the well written and well-done story.
Gameplay score: 4/5 – With very little complaints, Fallen Legion: Sins of an Empire offers one of unique gameplay elements I have ever seen in a video game before.
Visual Score: 5/5 – The game is very reminiscence of other great games. Zero complaints here
Audio Score: 5/5 – The soundtrack and all audio in the game work very well.
Replay Value: 5/5 – Fallen Legion: Sins of an Empire has a good amount of content to keep any gamer coming back for more
Fun Factor: 5/5 – Fallen Legion: Sins of an Empire is a fun game. Developers took the time to make sure it was fun. Not much more to be said.

Stay tuned for part 2 of this review where we tackle Fallen Legion: Flames of Rebellion, the Playstation Vita counterpart of the story.

A gamer and jack of all trades. I enjoy many things, but overall just enjoying life. Hopefully, I can add enjoyment to your life through my articles or interactions.
@mgs2master2
Previous First, they teased us with the Ataribox now Atari is building wearable tech products
Next Super NES Classic is now available for pre-order at Walmart or is it??