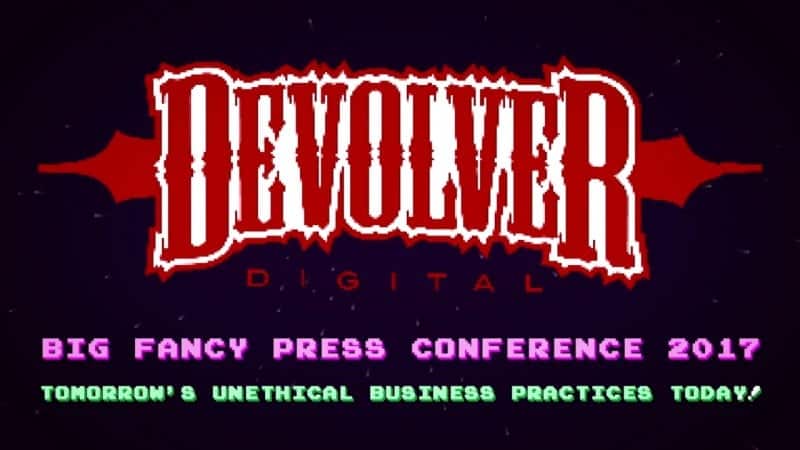 The Devolver event was only 15 minutes long from the indie dev and was very tongue in cheek (and strange as hell). It needed to happen though, I think, to maybe make other press conferences humble out a bit. Let’s begin.

Ruiner looks like a fun top down 3rd person shooter. The weapons are all unique, unlike any shooter before them. And they all have their own features. It features loads of enemies that appear to be smarter than the average AI and also have a massive arsenal of weapons and armor at their disposal.

This is a new take on Serious Sam with campaign and co-op campaign. It features top-down camera as well, but it is very much more panned out so that there is a lot more happening on the screen. It also features survival mode as well as online deathmatch. Fully supports mods with in-game editors. As you can even see in the picture below, it has very 16 bit graphics, but the gameplay is very arcady overall.  It looks like a delight. 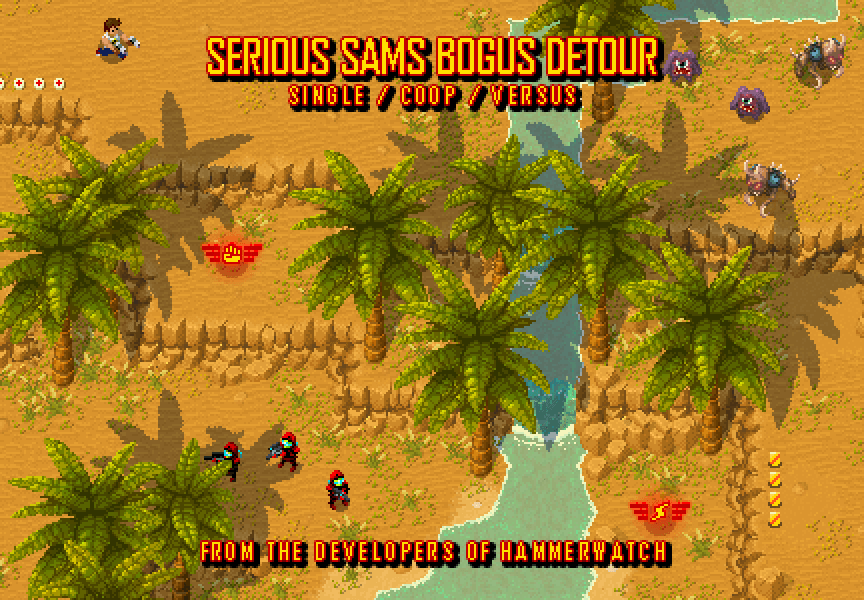 And that’s it! Seriously. Scroll a little bit lower to watch it…you’ll understand by the time that it’s over that it deserved it’s own article.