RetroArch 1.6.0 Released for all systems!

What do Linux, Windows, MacOSX, Android, iOS, Blackberry OS, PS3, PSP, PS Vita, Original XBOX, XBOX 360, Gamecube, Wii, WiiU, Nintendo 3DS, Raspberry Pi, Open Pandora, GCW Zero, and even modern day web browsers have in common?  They all share one great attribute; they all can run a RetroArch installation and give you the emulation that you dream of!  And on this very day, RetroArch has a nice, big juicy update.  Let’s dig in and see what it has to offer! 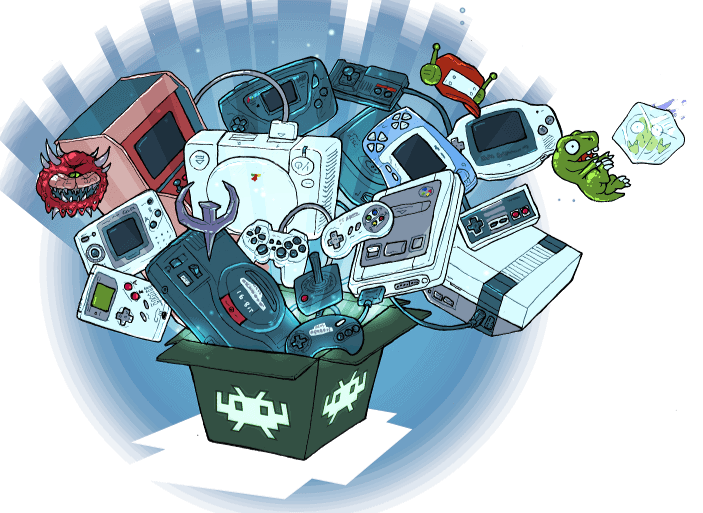 The change log gives us a nice quick glance at what is new about it, in a condensed list:

Now, that list might be a little too technical for some of us. The fine folks over on libretro also added a longer, more explained version of all of that.  Check out the details on this stuff (it’s good)! 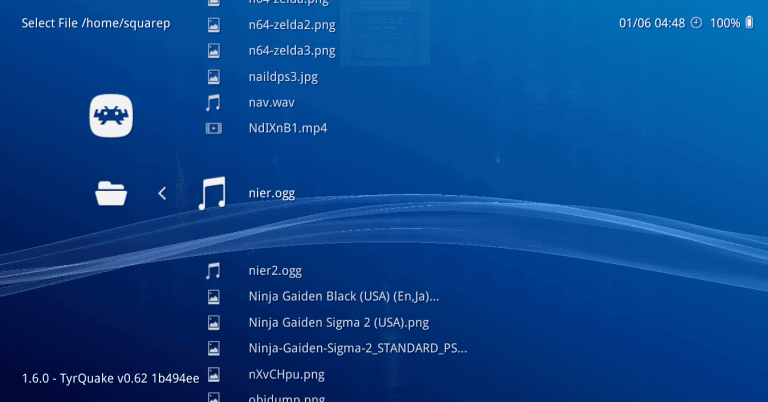 Sony might have just ended production of the PlayStation3 in Japan as of two days ago, but we are still supporting it for RetroArch regardless! The last stable release for RA PS3 was back in 1.3.6 days, so the remaining diehard PS3 jailbroken users will be glad to hear that 1.6.0 is available for PS3 right now!

We are only supplying the DEX version. We will assume PS3 repackers will be able to make a CEX version out of this.

It’s also been a long time since we released a new build of the PowerPC OSX port. We have bundled the cores that have been ported to PowerPC inside the main app bundle. To use this version, you need at least MacOS X version 10.5 (Leopard) and a PowerPC Mac.

The Wii port has received stability fixes amongst other things.

Each and every RetroArch release is always a community effort. FIX94 and aliaspider have made numerous improvements to the WiiU version of RetroArch. For one, it has HID controller support now, which means you can use gamepads other than the default Wii U gamepads on it. There is also support for the XMB and MaterialUI menu drivers. There are some graphical touches missing from it such as shader effects though, so don’t expect to see the fancy ribbon animating on the WiiU yet.

Overall, it is a big improvement on what went before. Netplay should also start to work on WiiU. 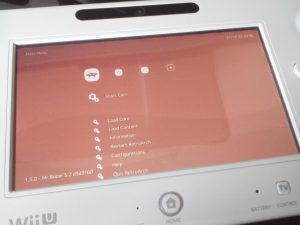 Frangarcj has provided patches which fixes the slow file I/O speeds for the Vita port, an issue which afflicts a lot of homebrew on the Vita actually. Menu performance regressions should also be fixed. For instance, the menu was previously erroneously running at 30fps.

There have been several localization improvements. The German and Japanese translations have been updated, and Korean text should finally display properly 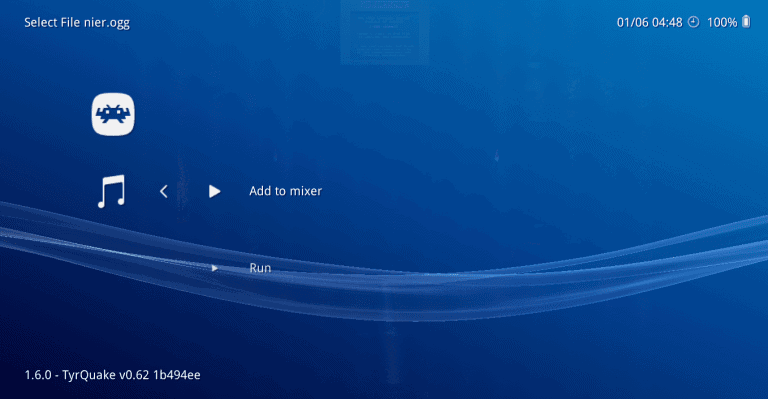 Now here is a real standout feature courtesy of leiradel we are excited to tell you about! RetroArch now has a built-in audio mixer which allows you to mix up to 8 separate audio streams and splice them together with the game’s audio. To put it more simply, this means custom soundtrack support from inside RetroArch!

Here is a quick demonstration of how you use it:

While the game is running, go to Load Content, and select a supported audio file (either an Ogg Vorbis .ogg file or a .wav file)

Select ‘Add to MIxer’. If the game is already running, this should start playing the music immediately and also add it to your music collection.

Currently, there are a couple of limitations here –

1 – The only supported audio files so far are Ogg Vorbis files (.ogg) and regular Wave files (.wav). Over time, there will be more audio codecs supported.

2 – The audio mixer tracks will only play when the game is running. They will not play while inside the menu, unless you turn off ‘Pause when menu activated’ (Settings -> User Interface -> Menu).

3 – You can only mix up to 8 simultaneous audio streams so far. Looping is not yet available, neither is pausing an audio stream or changing a stream’s volume. All of these might be added in later versions of RetroArch though.

And that’s every single little bit that libretro is bringing to the table in this fine release!  To find the download, follow the link here.