Something is going on in the PS4 scene and it seems it’s not an April fools joke after all. As some of us know @qwertyoruiop released a WebKit exploit for PS4 Firmware 4.06 a few days ago which theoretically works with any 4.0x Firmware but because of hardcoded Memory Addresses it is only usable on 4.06. After he put a lot of additional work into it the initial Proof of Concept page now even provides some tests for system calls. Since yesterday was the 1st of April there were many funny announcements like an announcement for Half-Life 3 on the Nintendo Switch, Windows 10 being Open Sourced, The OnePlus Dash Energy Drink and many more. Between all those April Jokes was also a tweet by @qwertyoruiop where he joked about the PS4 Security:

Nothing to kernel in 5 days. GG sony

Of course, since this has been posted around the time many April jokes get made it was hard to actually take it seriously at first but what seemed to be a simple April fools joke at first seems to be true! At least for other devs like CTurt (who is responsible for the first 1.76 Kernel Exploit release) was this enough of a  reason to update his personal PS4 from the current ‘golden firmware’ to 4.06.

Which means we now have a new golden Firmware which is far easier and cheaper to get than a PS4 on Firmware 1.76. For those of you on 4.07 you’re not fully out of luck. Currently, the exploit is only working with Firmware 4.06 but the exploit can also work on 4.07 if it get’s ported so better stay on 4.07. If you already updated to 4.50 though it will probably take a bit longer. The WebKit Exploit used in 4.0x doesn’t work anymore in 4.50 but @qwertyoruiop mentioned that he thinks that the at least the Kernel Exploit should still work in 4.50 so better stay on 4.50 and enjoy online play while waiting for a new WebKit Exploit and the Kernel Exploit getting ported.

Nobody knows when the Exploit is gonna drop though. Normally the general way would be to wait until the exploit was patched but who knows.

So now it’s time to show you how to Update to a specific Firmware on the PS4 which in this case would be 4.06 😉

How to manually update your PS4 to a higher firmware:

1) Select and download your desired PS4 firmware file (You can find most of them at darthsternie.bplaced.net/ps4.html ) If you want to check that the file you downloaded is correct you can check the MD5 of the File you downloaded against the one provided on the WebSite. A simple Tool to do that is WinMD5Free.

2) Create the necessary folders on your USB stick

3) Copy and rename the Update file to PS4UPDATE.PUP

Now for the Steps on your PS4:
1) Connect your DS4 via USB cable 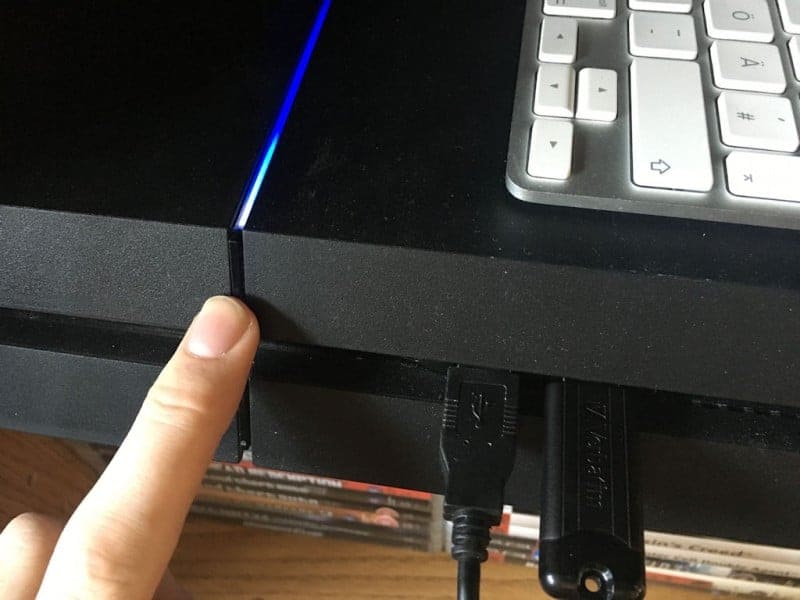 6) Wait for it to finish 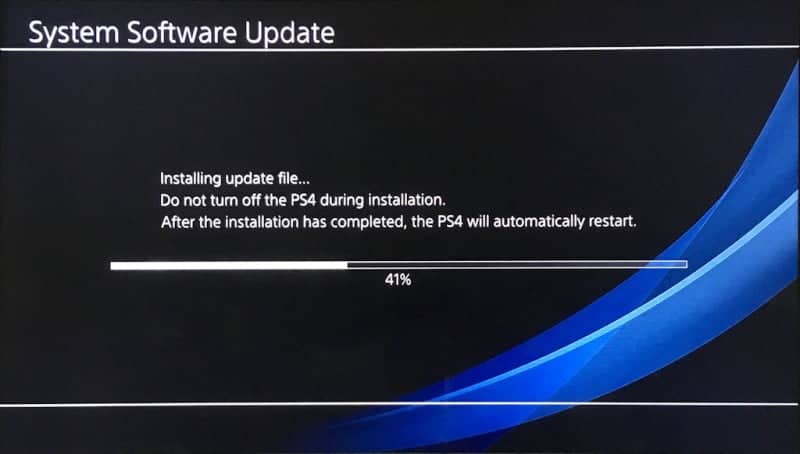 5) Done! You now have a PS4 on your desired Firmware 😉