2Dark is a game that I’ve been looking forward to for over a year now that was funded via Europe’s first crowd funding site, Ulule. I kept a close eye on it and I saw it’s popularity begin to rise as Gloomywood demoed and showed off the game at E3 and GDC. Naturally when I was told I would be reviewing the game, I was excited. I tried to remain unbiased and I was not disappointed at all!

To set up the premise behind 2Dark without giving any spoilers is very simple. You start the game watching a mortifying opening sequence of a family camping trip. The mother and children go to find more wood from the fire and again, without spoiling it too much, I can tell you that it does not bode well for the mother and the children. They are kidnapped which leaves the father angry and sad. Two very real emotions that the game wants you to keep with you as the player and remember as you continue your journey.

They further amplify these feelings in that scene by having fantastic voice acting, sound effects and just overall fantastic sound quality. Anything less would’ve felt cheesy and the rest of the game would not have flowed as well as it did. However, the only downside to the audio aspect is that later in the game you are left wanting as they use the same “child crying” sound repetitiously and since it’s the primary objective in the game, to save kids, it does get tiring. I’m sure it is something that is easily fixable, but it’s bad enough that it does make me have to give the game’s audio an overall 7/10.

With cutscenes and audio fidelity out of the way we can talk about visual quality. Again, aside from older gameplay that was demoed at gaming events, I can actually look at this game with scrutiny as it is in its final form. I do not think that the trailers do it justice on their own because watching the game being played almost looks like you’re watching Harvest Moon being played on a PlayStation 1 but playing it yourself and really experiencing it is where the difference is. You suddenly understand that it’s a throwback, much like the way developers nowadays also make 8-bit games as a throwback, but it’s more than that. The feeling you get from moving in and out of the darkness as this small man in this large 2.5D world that fits on your screen puts things into perspective. I don’t simply mean that he is smaller than the rest of the map and you can see all of the map. There’s that, yes, but there is also this sense that you as a living human are the same way, and it has this foreboding sense that you also have dangers that are right around the corner in your everyday life. It really hits you hard that there are villainous people out there and there really are children that are being kidnapped out there everyday. Since this game gives me that sense of perspective, by using simplified graphics and art style, I’m going to give the visuals a solid 9/10. 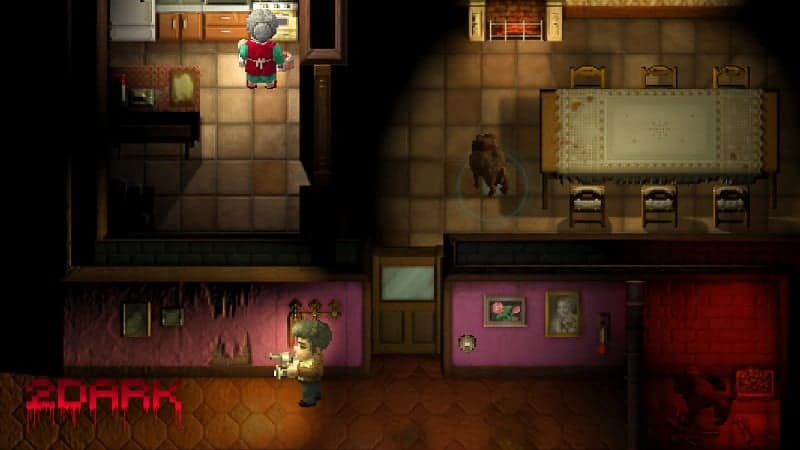 I wanted to talk about the game’s music separate from the voice acting and sound effects. When you first start the game, you are greeted with a simple but effective menu. There is music that is playing while you are on that opening menu and it has an ominous tone to it. You listen to it for a few seconds and then you hear a girl start to sing on top of it and in that instant, you get goosebumps. It’s simply chilling. And if you chose to, you could sit there and listen to more of it, but it’s actually kind of hard as it gets you so in the mood to play a game like this that you hurry and start the game.

Each level in the game has it’s own overtones, whether it’s murky silence, or it matches the level design. But most, if not all, leave you with the silence since a lot of the game is based on stealth and being aware of how loud you or the bad guys are being. But I loved every second of every musical note I could find in the game. I give the soundtrack, even though it is limited, a 9/10 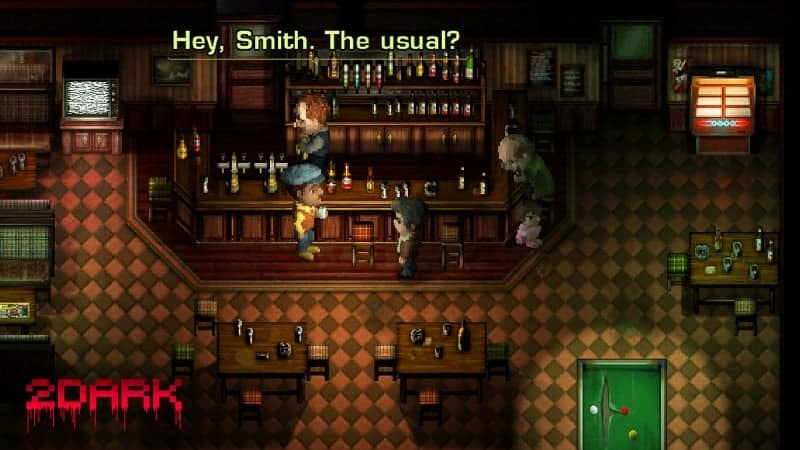 In terms of story, there is a lot to be told. The game isn’t terribly long compared to AAA games, but compared to other indie games, the game is a perfect length. The reason why I mention the length is just because you have this story that needs to be told and Gloomywood doesn’t drag out the story with filler, they don’t cut it short leaving an obvious sequel (although, a sequel would be fun!), and they certainly don’t just give you a smidge of gameplay with a lot of cutscenes. You are given the opening cutscene, and then, before every level, you are given a quick monologue from our hero and then the level begins. There are places for more cutscene-esque type theatrics if you are looking for them, such as turning on a TV. But overall, you get more story as you interact with the other adult characters in the game. I specify adult, because they talk more than the children do, and offer story driving information. You find other elements of the story if you interact with letters on desks and wall hangings, just pay attention to your surroundings. I do feel as though, if you just cut through a level and do the bare minimum you will not get the entire fleshed out story that Gloomywood has crafted. They took the time to make something chilling, dark, and pulls no punches. So for that, I am absolutely giving the story a 10/10. 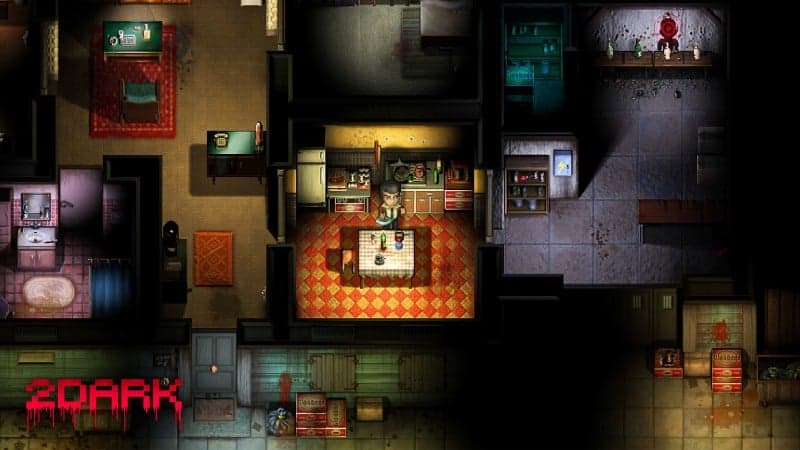 The Gameplay is the most interesting thing about this game. I usually talk about it in the beginning of my reviews, but I felt like if I had put it at the beginning that you would’ve just seen me gushing for a handful of paragraphs. The following is how I really feel about the gameplay. It’s creative. It’s unique. It’s wild. I know that’s vague, but I’ll explain.

It’s creative in the aspect that you have this top down world (similar to a top down shooter),but it doesn’t play like that. They took the idea of a top down game and turned it on it’s head. Dark and light play into how stealthy you can be in the environment as well as how loud or quiet you’re being. You can’t just run and gun. There are traps, there are holes, there are just plain rats that can bite you too. Every piece of each level that you play has been crafted with such detail. You have light switches, you have hidden doors, you have hints and tips within the environment and they cam all play into benefitting or hindering you. You have to tweak your playing style to be as stealthy as you can be and since there’s absolutely zero time limit, there’s no rush. Further more, you can smoke a cigarette as you make progress through a level and by doing that, you have a type of save state functionality too.

It’s unique in the aspect that they take something like child abduction and turn it into not just a driving force, but an actual villain in the game. So you have adults throughout the levels that may or may not be bad guys, but you still know that since they’re a potential threat, you have to have a plan B if it turns out that you approach them to hear them talk and they start to shoot at you or wail on you with a blunt object. Let it be known that if you have children following you on your way out of the level and a baddie appears and you have to turn around and shoot him and a child gets in the line of fire, you can and will kill that child.

It’s wild in the fact that you use candy. Yes, actual candy. And you use it for so many various purposes. If you’re hidden in the dark and want to hit a lever or a lightswitch from far away, you can toss a candy at it and it will flip the switch. If you want a bad guy to go the opposite direction of you, you can toss a candy elsewhere and they will hear the sound and go to it. You can toss a candy into a trap to disarm it. You can toss it toward a child and they will think you have more candy and then follow you. You can also palm the candy and it will be incentive for the line of children that are following you to pick up the pace. The candy can in some instances be picked back up and used again. And the candy is just ONE of the many items in the game. You have weapons throughout the levels, you have tools that you need to access places. Some items have finite amount of use like a flashlight until you find more batteries, or a candle until it’s burned out. Furthermore, you can’t really hoard items. You have a giant inventory per level, but it’s only in that level. It appears that only your cigarettes and lighter stick with you. It’s just a fantastic puzzle, stealth game. The only hangup that I have about actually playing the game is that if there are too many baddies, traps, mice, and children on the screen at once, there is a bit of a slowdown that you have to deal with. I have to give it’s gameplay a 9/10. 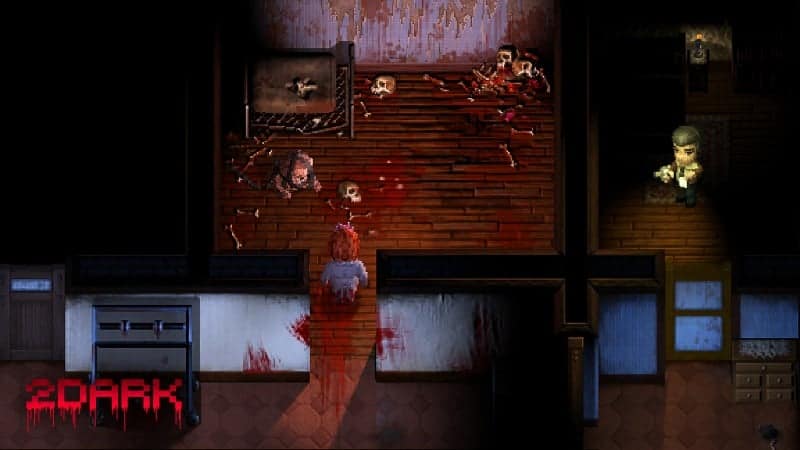 The game over all is one of those games that could be played so many different ways. This is evident upon dying. If you tried tackling some aspect of the game one way and it failed you, you will restart at your last cigarette and you can try it again. I think that this thought process lends a lot to the replayability aspect of the game. Even if you go through a level perfectly the fist time, you should go back and experiment with other methods. I think that even though the story remains the same and it’s not a game that is changed dynamically by your actions, it would still be a great piece of gaming history. It does what it set out to do, to give you the creeps, let you feel like a hero, all in a puzzle solving, stealth, action, survival horror game and it does it well. I do think that the fine folks at Gloomywood should consider a Game+ option after the game is over. Or maybe even a difficulty to have no cigarettes so that each level would have permadeath, causing you to start from the beginning of the level again. I also think that this would encourage players to explore more so they find all possible items before trying to tackle the objectives, as they wouldn’t want to go into a scenario empty handed for fear that they would have to play it again. All in all, I give the replayability a solid 8/10.

P.S. If you intend on buying this game, there is a physical version that is a special edition on all available platforms. Check it out! 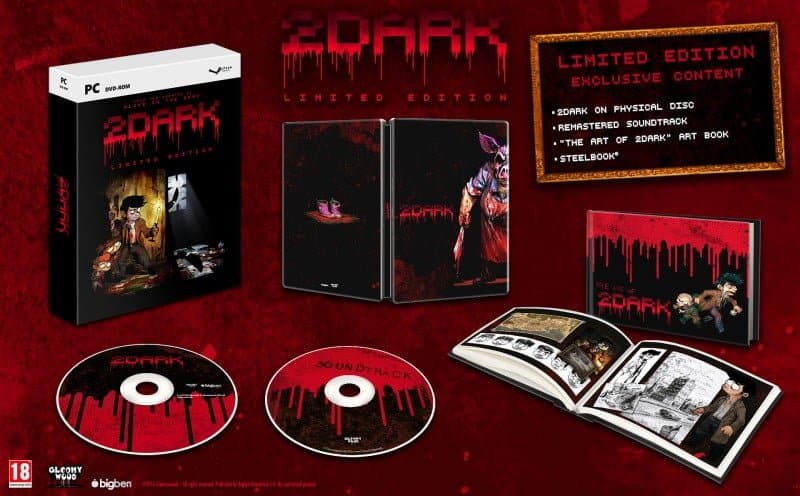 If you want this game for PC, click here.

If you’re wanting this game for PS4, click here.