How to keep the Nintendo Switch cool while docked

The Nintendo Switch has almost been out for one month and has had a successful launch with almost selling the same amount of Switch’s as the Wii’s did when it first launched. Now I know a lot of you might have heard about scratching the screen trying to dock it (which I don’t know how they are doing that.) or when applying skins to the Switch that it could damage it. Now I haven’t heard any reports of the Switch overheating but plenty of owners are not liking how hot it gets.

I have noticed that the Switch does get very hot while it’s docked, I mean the scary kind of hot that kills systems. Outside of the dock, the Switch gets warm but never hot like when it’s sitting inside the dock playing a game. So after 45mins with it docked and playing a game this is what the Switch looks like through a thermal camera. 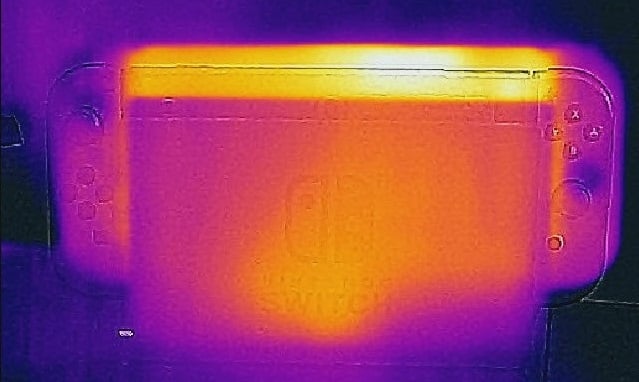 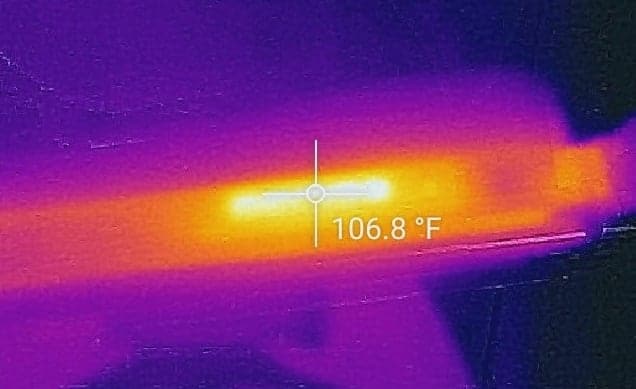 Nintendo wasn’t thinking too well about air flow while the Switch is docked as this could damage the system over time. Don’t get me wrong Nintendo was well aware of how hot it gets docked and they design the Switch to hold up to the heat but still, 106.8F is hot. In my opinion, the air flow slot is very small and is blocked by the back cover to hide the HDMI, USB, & Power port.

Now some people have taken the dock apart and made cases holding the main board for docking and using a USB C extender cable to connect the Switch. 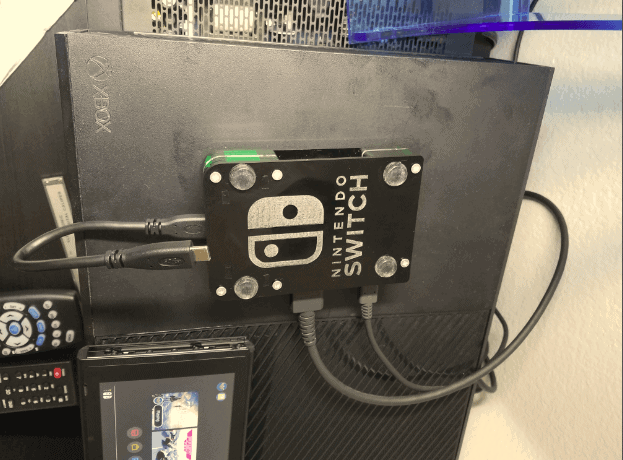 Others are just using a USB C extender cable, and connecting it right to the dock then using a stand so the Switch isn’t sitting in the dock and can get plenty of air flow. 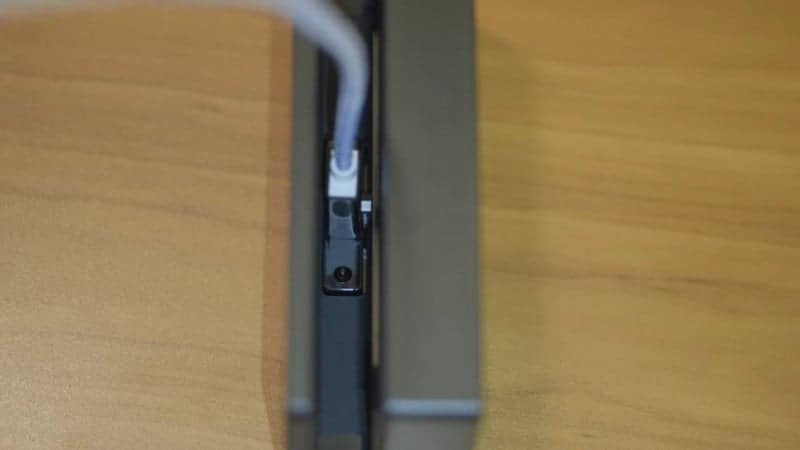 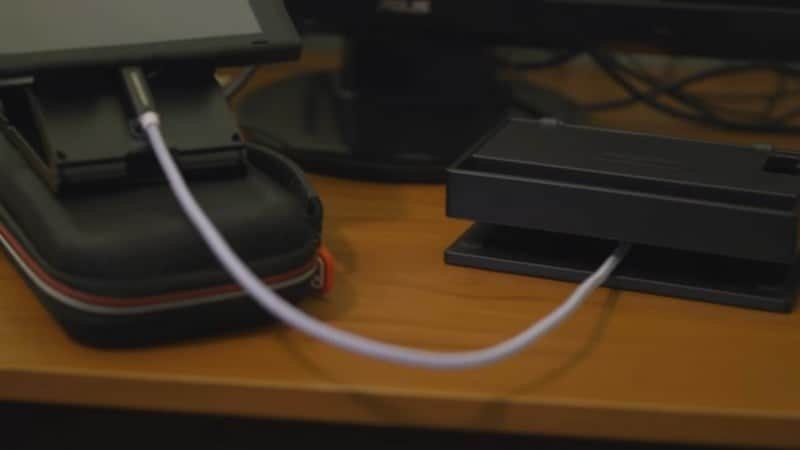 Now the second way everyone can do without a problem as most USB C extender cables aren’t that expensive of and will only set you back about $6.99 here on Amazon. The stand for the Switch is about $17.99 and you can find them at most local stores.

The other way you could keep the Switch cool is by adding a small little 5Volt fan to push air through it. Since most small fans only use 5volts or less you can use one of the many USB ports on the dock itself to power it. 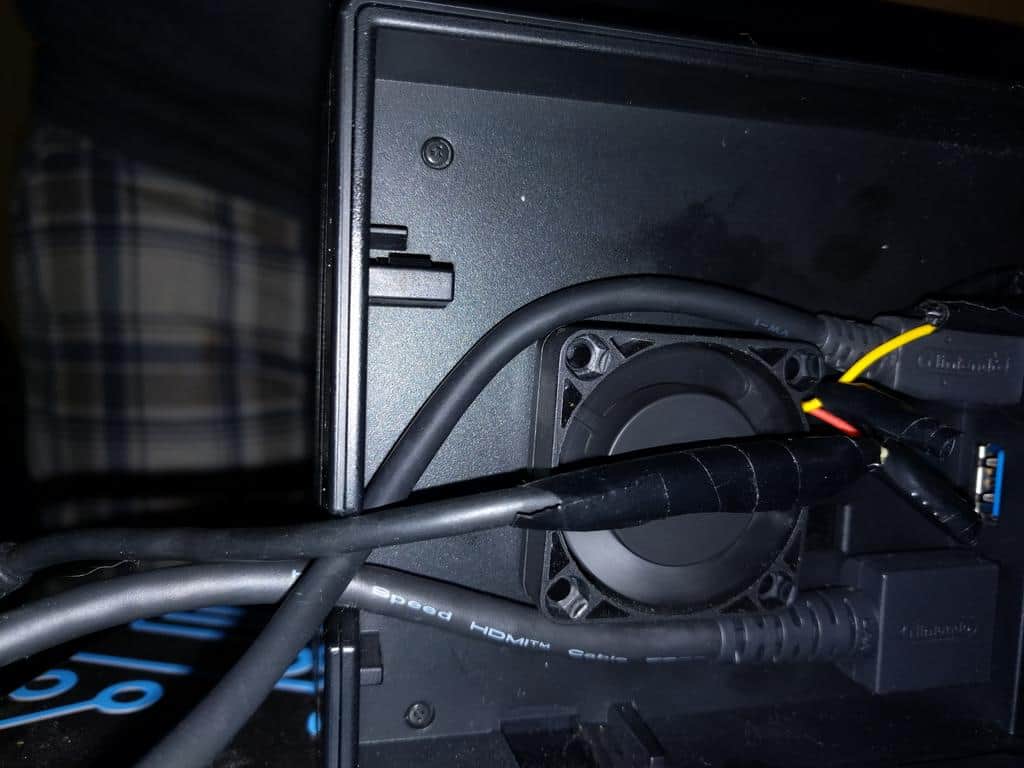 With an extra fan (5400rpm) and USB cable I had lying around, I made a USB fan and tested it with a battery pack just to make sure it all worked. Once I knew it would work I placed it in the back of the dock and pulled the USB cable into the dock. I made sure I could feel the air being pushed through the slot with the fan, then I place the switch in the dock and started to play. About 40mins go by and I go check to see if the Switch is hot like before but it’s not hot like before it’s warm. So the little fan is helping with airflow and keeping the Switch cooler while it’s docked.

Right now the fan is still inside my dock and I’m quite happy with how much cooler the Switch stay while playing docked. The fan isn’t too loud and it doesn’t turn off unless you unplug it but that’s an easy fix by adding an on/off switch to the USB cable. You can make one of the makeshift USB fans yourself, just keep in mind that the fan should be about 20mm x 20mm or 25mm x 25mm in size with rpm’s around 4,000. With the right fan size, it will fit right in between the HDMI and Power cable, and any USB cable will work to power it.

Lets us know in the comments below if you think the Switch gets too hot while it’s docked and if so which idea would you use to keep it cooler.

I like to get everyone the right info and I like to help others get the most from there electronic devices. I enjoy playful cleverness and the exploration of technology. My Motto: You own it, you can do whatever you want with it.
Previous $10 PSN card giveaway! So you don’t miss out on these PlayStation deals this week
Next Super Mario Run is finally in the Play store for Android devices