Resident Evil 7 is a outlast ripoff!

DISCLAIMER: Gamestop in my local area has accidentally sold me and many others a copy of Resident Evil 7

To be honest, I never thought I would discuss this and try to stay positive about Resident Evil 7. I grew up with Resident Evil and I consider myself a diehard fan. Capcom promised they would return the Resident Evil Series back to its roots. They were basically apologizing for releasing the messes known as Resident Evil 5 & 6. I wanted to believe they learned their lesson and were dedicated to making a true and original horror game. So many Indie developers released horror games and have shown up Capcom at their own game. Thats downright embarrassing when smaller studios make better content than the Capcom and with much smaller budgets. They have no excuse and its so bad, they have to resort to ripping off Outlast. 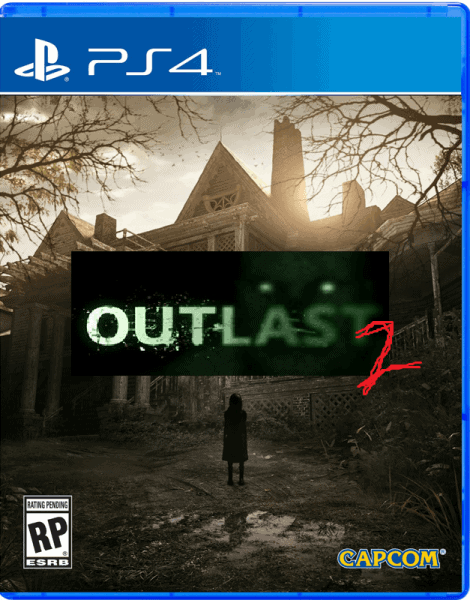 I actually brought a PS4 for outlast and PS2 game re-releases. I was having a night out with friends and we ended the night with alcohol and outlast. I was very skeptical and even stated horror games are dead. My friends insisted and we had a group of 8 + people taking turns on this game. It was truly something different and I realized something about this game. Normally when I turn on 1 player horror games, people get bored when not playing or being invested in the game. Everyone was getting into it, we had fun with its simple idea. Each of us were challenging the other at figuring out the layouts and the pacing was decent enough. This game won me over and I realized horror games aren’t dead, Capcom has just lost touch with the medium. The outlast team has created a great concept and I congratulate them on their vision. 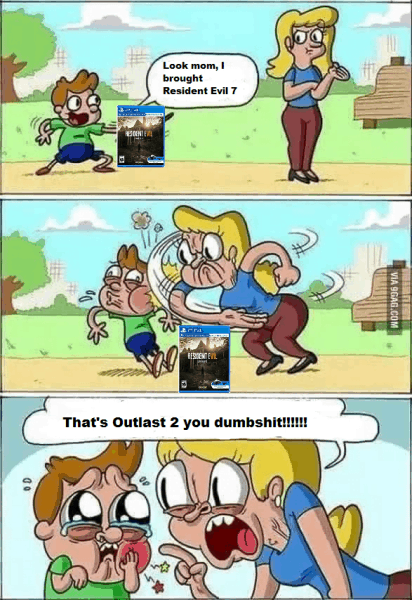 Yesterday I was contacted by my friends and we went to paint the town red. Eventually we found ourselves ending the crazy night with 3 tvs and xbox one consoles. We played Gears of War 4 and when we finished our session. One of us remarked, hey anyone up for a horror game? Resident Evil 7 is out and we need to check it see what great things Capcom had waiting for us. We had surround sound, Astro gaming headsets, awesome food and drinks. We soon realized we were playing game we have already beaten. Capcom had done it again, all talk and no bite. We were very disappointed and it was slap in the face. They have straight up lied about Resident Evil 7’s marketing and made a clone of Outlast. Same First person perspective with jump scares with identical environments. They literally slapped the resident evil name over this mess. If your like me, you saw lots of youtubers claiming its a great game. But remember how all those videos were sponsored content for Capcom. YouTube is becoming nothing but ads for companies and it leaves a bad taste in everyone’s mouth. Capcom is paying everyone off to make this shameless knockoff sell. 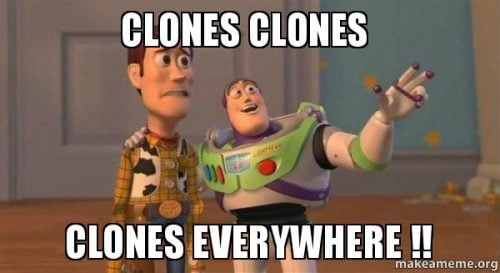 Reality hit us all and we realize what Capcom has done! I wanted so badly to like this game and I would be in denial by not admiting the huge similarities. This is not a tribute to Outlast but Capcom trying to bank off the original developers. I’ve had enough with the lies and deceits, they should be ashamed of themselves. I do not recommend buying this game at the full retail price at all. If your inclined to play it, you should wait until it’s on sale. Its by no means, something you need to play today. There are better games out at the moment and spend your money more wisely. At the end of the day, I finally realize why Capcom announced they were remaking Resident Evil 2. They are running out of ideas and out of desperation, they are trying to stay afloat. Maybe one day we will get a real resident evil game, but don’t lose sleep over it. Expect more clones or Call of Duty action packed nonsense!!