Crafti a Minecraft clone ported to the Sega Dreamcast!

The Sega Dreamcast is just one of those systems that live on thanks to the fans and a great homebrew community. Developer gameblabla has been working on a little fun project for the Sega Dreamcast called Crafti, now this just a port of the original Crafti – a Minecraft clone developed for Texas Instruments TI-Nspire graphic calculators. 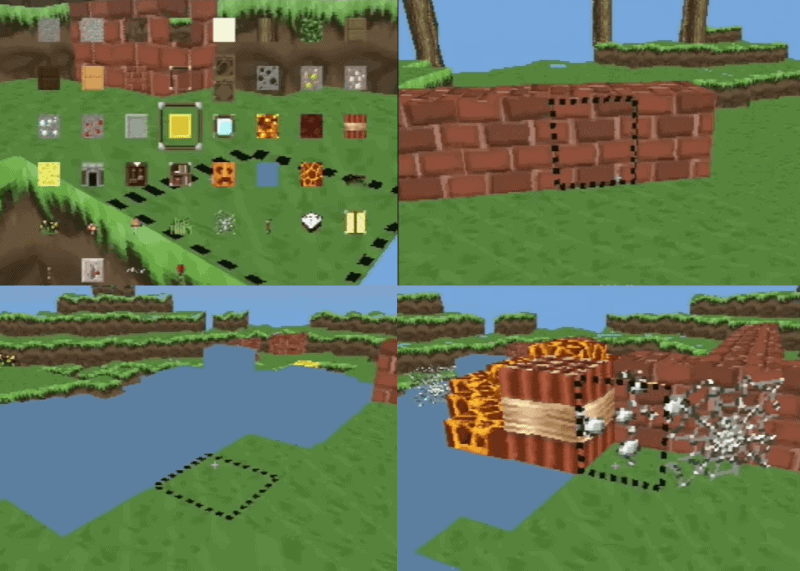 I really like seeing little projects like this for old console and especially one of my personal favorite systems that died before its time. Now the controls are a little awkward but thats because there no second analog stick and you will have to use the d-pad to move and the analog sticks to looking around. Also, there are no enemies and no music but it does have some sound effects. The Dreamcast is no powerhouse and the music was slowing it down (it requires a lot of RAM ) but you can build houses, lakes, set off bombs, etc.. just like any Minecraft game.

It’s a Minecraft clone programmed by Vogtinator for the Ti Nspire CX : a very limited calculator with a weak ARM cpu. (clocked at 132 Mhz !)It is entirely software rendered: No OpenGL, only a framebuffer.The Dreamcast port runs okay and does not make use of the PowerVR GPU. No enemies are available but you do get Redstone and TNT blocks!”Grab it while it’s hot :
CDI file:
crafti-dreamcast.zip
Plain files (for SD cards)
crafti-dc-sd.zip

Burn the CDI file and you’re good to go!