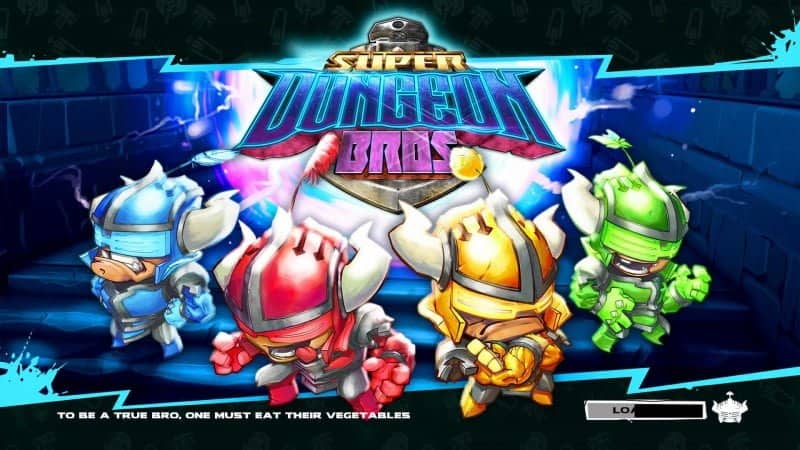 Well, I’m back with another game review and this one is definitely a treat! Today I bring you Super Dungeon Bros. from React Games and Wired Productions. This is definitely a cute dungeon crawler you will instantly fall in love with! 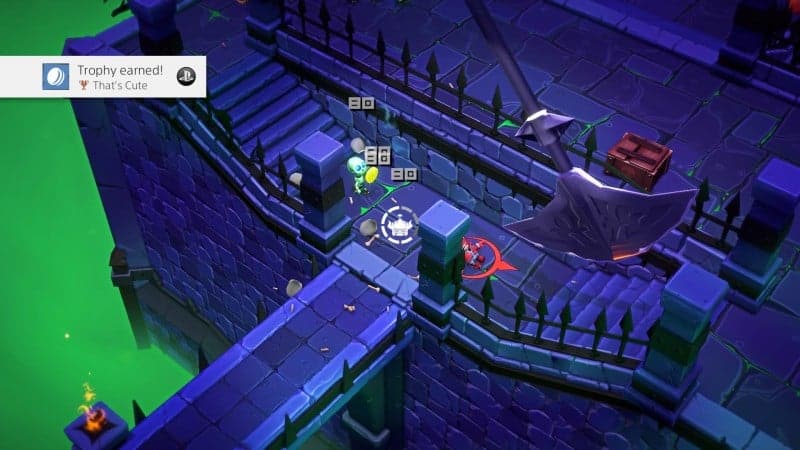 Let’s start with the general theme of the game. Super Dungeon Bros is a dungeon crawler, obviously given away by the name, but with a cutesy twist. Now, with that said, don’t think this game will be a pushover because it’s a cute little cartoon-esque game. You can very quickly and easily get surrounded by enemies and, depending on your weapon choice, die rather quickly. With that said I think the difficulty is right on par. There are a few things I would have changed, like the game respawning enemies if you backtrack, but overall it satisfies your desire to not have another game you can breeze through without any challenge! If there’s one hint I can give it’s try to stay where the enemies spawn and kill them. Moving through the dungeon running from enemies is definitely as bad of an idea as backtracking. I’m sure, inevitably, you will run from a mob and go back the way you came and quickly find yourself being chased by a hundred enemies. If you do feel the need to run do it forward. At least that way you will be progressing through the level. My biggest complaint about this game is the Bloodborne-like load times. They’re extremely long. 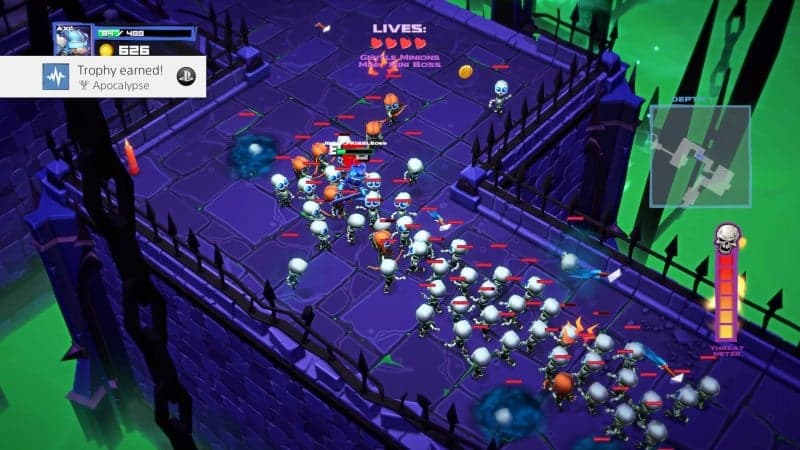 Here is the basic idea of the game…

In the multiplayer-centric Super Dungeon Bros, a band of heavy metal heroes are summoned to embark on a quest from the Gods of Rock. Their mission: to navigate the fantasy realm of Rökheim and seek out epic loot, vanquish hordes of evil undead and uncover the legends of long lost fabled rock stars! Featuring captivating, laugh out loud action and adventure, players can rock out on or offline with four bros as they fling their friends onto far off ledges and distant trap triggers, or unleash their best tag team tactics with the ultimate bro-op offensive. Legendary tools of destruction can be individually leveled up to carry progress across sessions, and players can unleash weapon-specific co-op attacks that grow in power as others join in, such as the Bronado (stack up to create a whirling totem pole of destruction). 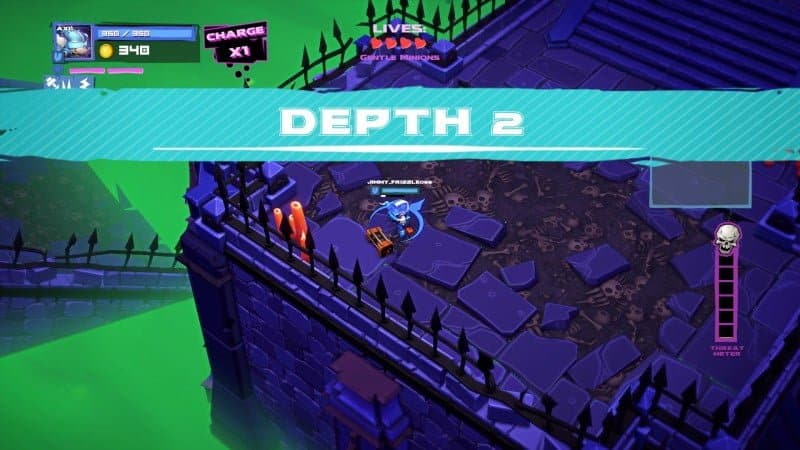 So, now to my opinion of Super Dungeon Bros as a whole. I honestly can’t find a lot wrong with this game. You have the option, once you beat a floor, to buy a new weapon with the gems you pick up from defeating the boss. I just picked up the hammer and let me tell you it definitely pounds enemies into the ground. The best thing about it is the shield that it comes with. You will not take damage for a while with this weapon. I love it as I’m a smash them til they’re dead kind of gamer. You can also upgrade your weapon throughout each playthrough adding damage and other accoutrements to your character. I have played this game off and on by myself and also in coop with a friend. I must say that the coop is the most fun of all. Having your friends there to pick up and throw is quite fun and hilarious at the same time. I truly can’t say much bad about it. It’s a great one that I will play for years to come. It’s available now on PC, PS4, XboxOne and Steam. The price is $19.99 unless you have Xbox Gold in which it’s free this month. Grab it now so you can enjoy some jolly cooperation! 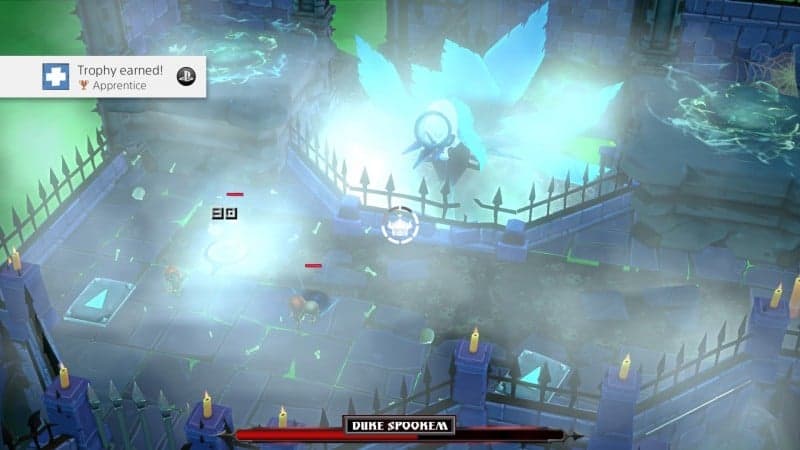 As for my overall rating I would give this game a 9/10 simply because there are a couple of changes I would make but with that said I don’t think everyone would like my changes. I think they did an excellent job on this one. If you have it or have played it then let me know your thoughts in the comments. I would really like to hear your opinions.

Thanks for reading and as always… HAPPY GAMING and PRAISE THE SUN!!!