CFW Booter released for the Wii-U

The Wii-U scene has lit up again in the past few weeks, first with the IOSU Kernel exploit demonstrations. Next was being able to use the USB port with portable HDD or pendrive to store all your favorite homebrew and backups. Then we get a quick video showing that RedNand works on FW5.5.1 and now the release of the CFW booter. 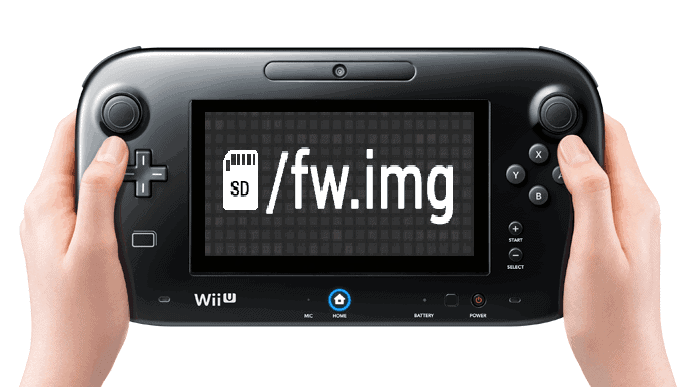 The CFW Booter  is  an elf file for the Homebrew Launcher which will boot a custom fw.img off the root of the SD card. In other words, this is a stable version of the long-coveted “IOSU exploit”for 5.5.x users only !!
Download: CFW Booter

You can also get CFW Booter on the Homebrew App Store. Now if your Wii U isn’t set up at all for homebrew, you can visit wiiubru.com/go on your Wii U.

However! A “CFW Booter” is not useful without a modified fw.img file to use it with… Thanks to the effort of @smealum several months ago, and his release of iosuhax, making a fw.img with modified patches is as easy as reading and running his code. Anyone can do this now using the above booter, BUT if you use random fw.img’s lying around, that’s at your own risk. In short, the IOSU exploit elf provided above ALONE cannot hurt you or your console. It alone also cannot get you nand backups or redNAND.

Now this will won’t dump NAND, and it won’t boot redNand, and it certainly won’t patch titles, but it will let you dump some files using IOSU access from your Wii U. 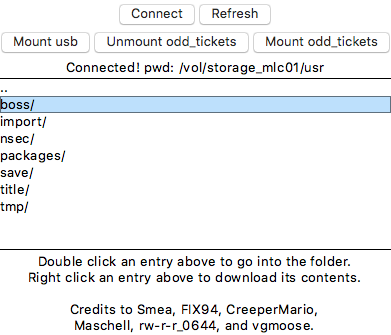 If you copy this fw.img in sd:/fw.img and run the elf at the top of this post, you will boot into a mode that runs Smea’s “wupserver”. Once it boots, it will look like the normal Wii U menu, but it will be running a server in the background that can connect to from your computer. You then dump and mount various things from the Wii U that you normally couldn’t.As fw.img files are copyright Nintendo, we cannot provide them to you directly. Instead here are the instructions on how to make a wupserver fw.img, and here is a patch that you can apply to one downloaded from NUS. You can do this with the latest JNustool with We know these instructions aren’t great, but you can ask if you have questions. Just please /please/ stop running unfinished, dangerous “rednand fw.img’s”

Once you run the wupserver on your Wii U by placing that fw.img on the root of your SD and running the elf above, you can connect to it either with a modified version of smea’s wupclient.py or the new wupclientgui.py that was developed. Both are available at http://www.wiiubru.com/appstore/wupclientgui.zip . And if you hate python, a Java Gui version is on the way.

As it has been repeated do not run any files you see “from us” running around in the wild.

I like to get everyone the right info and I like to help others get the most from there electronic devices. I enjoy playful cleverness and the exploration of technology. My Motto: You own it, you can do whatever you want with it.
Previous World of Final Fantasy new patch requires FW3.61 for cross-save and DLC content but there’s a work around for it.
Next PS4 Jailbreak for FW4.01 shown by Chaitin Tech