Run down of the PlayStation meeting & new products

Hey all, I am finally back from my absence. Had a bit of major surgery, but no worries. I am once again here to bring you the news. Yesterday was quite a big day of news I might add.

Sony had their long awaited PlayStation Meeting, as they called it. It was short, sweet, and to the point. Some of those points many people are already not happy with. But I will leave that for you to decide and discuss, hopefully in the comments section below. Now on to the “Big News.” Remember all those leaked photos and videos of the PS4 Slim? Well Sony finally confirmed it yesterday. 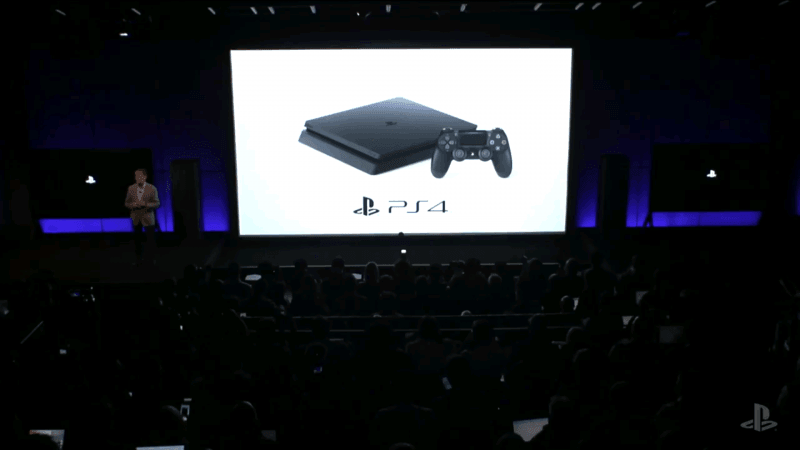 It was the first part of their conference. It is the same hardware as your normal PS4 with the exception of two things. One is it runs quieter/cooler than the standard PS4 which is a big plus! It has no optical out port which is a huge letdown. What the hell Sony? Are you trying to limit what headsets or speaker setups we can use? Maybe so. They quietly announced (and by quietly I mean they didn’t announce it in the show) a revision of the PS4 camera, as well as a new “Platinum” PS4 7.1 virtual surround sound headset. 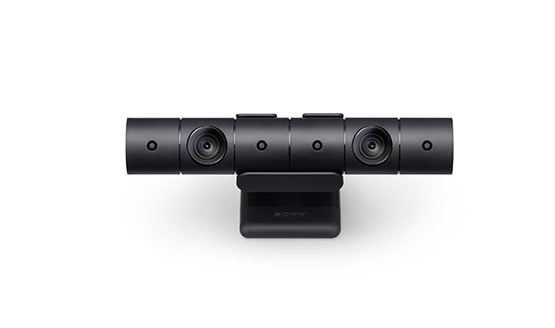 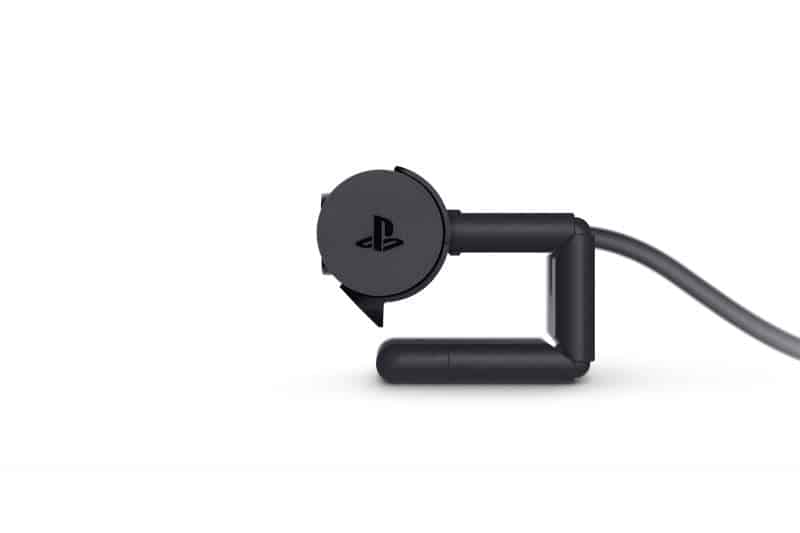 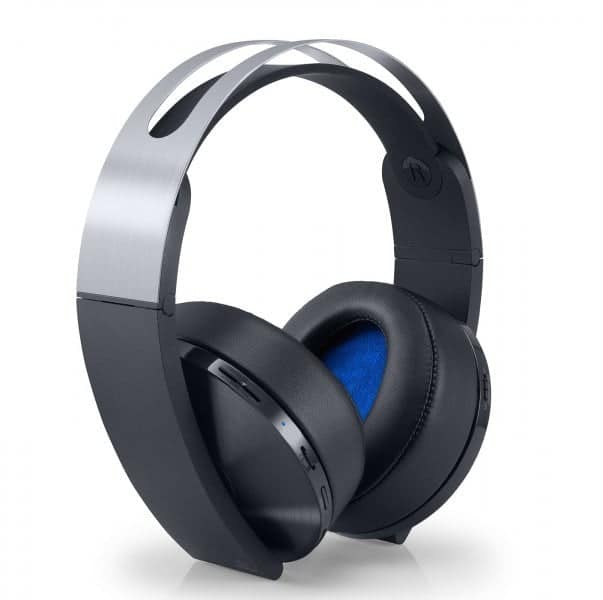 Now ages ago, when the Gold version released, I had already assumed that there would be a Platinum one in the future. As it seems they were naming them after their form of achievements which are the bronze, silver, gold, and platinum trophies. Aside from the lack of a bronze headset, there exists a silver and gold currently. If you have owned a PS3 since the introduction of their Trophies, it wouldn’t take much to see that two forms were missing (bronze and platinum). Sony only tries to upgrade, and so many of you probably had a good guess of the platinum headset coming soon. The PS4 Slim is scheduled to release on September 15th for a suggested retail price of $299. That’s the minor news. The big, BIG news is that finally after much wait, the PS4 Neo has not only an official name but a release date as well. Ladies and gentlemen, I introduce to you the PS4 Pro. 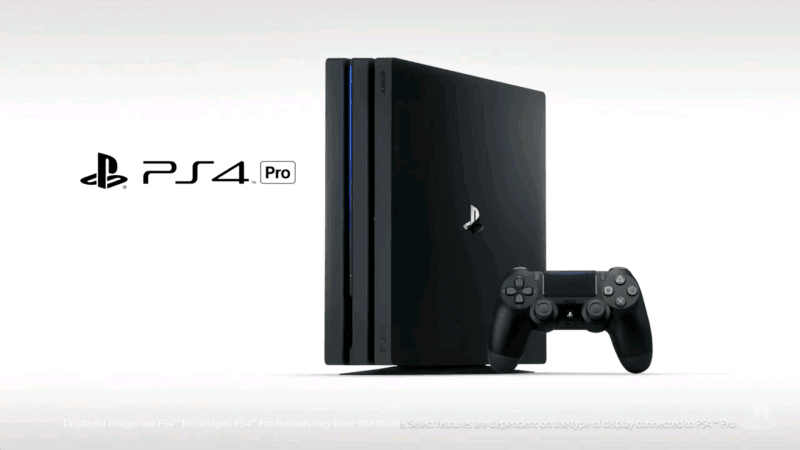 It is scheduled for November the 10th and will be priced at a suggested retail price of $399. So $100 more for an upgraded GPU and a faster clocked CPU. Seems like a PC master race kind of thing to me. Regardless, everyone is surely happy about the PS4 Pro getting a release date and price right? Well, maybe some are, but not all. Sources are saying that even though the PS4 Pro will support 4k gaming and streaming services, it will not come with a UHD Blu-ray drive. This is something that Sony’s competition for its current gen console and upgrade of said console beats them at. The Xbox One S does come with said drive.

That’s a big spit in the face of Sony considering they helped make Blu-ray what it is today. It’s not a big deal for me as I am not much of a TV or movie buff. But to many, it isn’t good. What is good and slightly underhanded is that the PS4 Pro does indeed have an Optical out port. Why is it underhanded you ask? Well, as mentioned earlier about the PS4 Slim not having one, the PS4 Slim is also set to replace the current PS4 models, which DO have said ports.

So once inventory of the current model is depleted (whenever that is), if you want to use that good old faithful awesome port, you’ll have to shell out the extra money and buy a PS4 Pro instead. Unless, of course, you buy a used or refurbished one. But there are more pros to the PS4 Pro than just the port. You also have to look at the 4k support, the better GPU, the bigger HDD that comes with it, (1TB HDD) The faster CPU, as well as that awesome HDR. But what if you already have a 4k TV and just don’t want to shell out for a PS4 Pro just yet? Well good news for you (kinda). A patch will be released that will make ALL PS4’s, Pro or not HDR enabled. 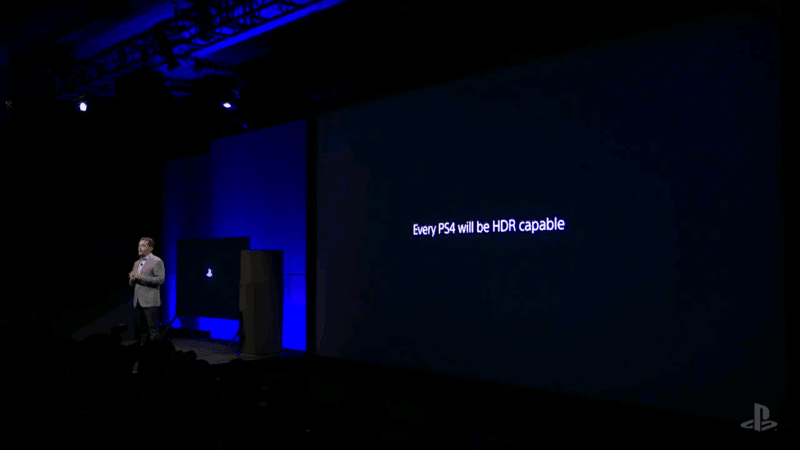 You won’t get the 4k support, but you will get HDR and that is something. So kudos to Sony for that one. Many games already released, as well as future games, will be PS4 pro enabled day one of it’s launch. So you can replay some of those great games on PS4 Pro, now in glorious 4k resolution, providing you have a 4k TV, of course. That about raps up the news here for today. 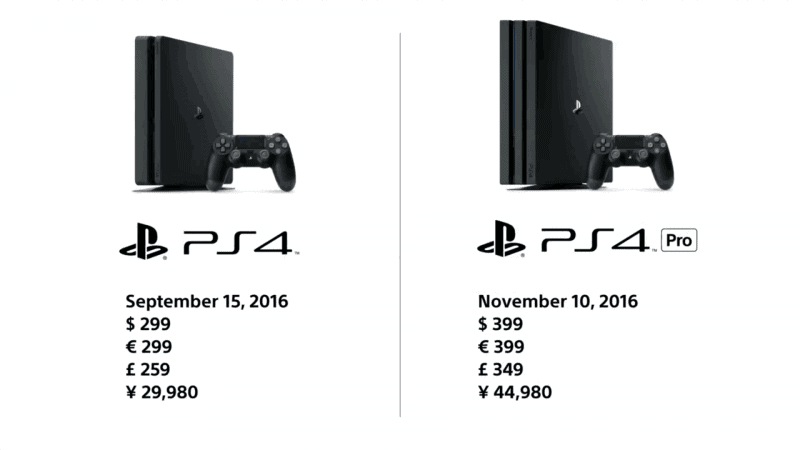 Be sure to stay tuned to any new info we get here at Hackinformer. We will be sure to share with you. As for me guys I will be gone again in about 3 to 4 months for a month or so, as I am due to have another surgery. But as soon as the recovery process is done I will be back once again bringing you all the latest and greatest news and reviews from the gaming world.

Been gaming since I was 3 years old. I beat SMB for NES when I was 3 and continued to conquer games from then on out. My favorite console of all time would have to be the SNES. My favorite game would be a tie between The Legend of Zelda: A Link to the Past and Metal Gear Solid. I used to run support for Hyperkin's Game Genie for PS3 product on their official forums. I also used to write codes for the device. I'm now with another company on another device but I haven't been as involved as I'd liked to be. Time restraints & whatnot. I hope to continue my involvement with the gaming world in any way possible. You can find me on twitter @Gaarasaiyan, on facebook at facebook.com/Gaarasaiyan, and on twitch at twitch.tv/gaarasaiyan Anything else you guys want to know, feel free to ask.
@https://twitter.com/Gaarasaiyan
Previous Mass Effect Andromeda Gameplay Showcased At PS4 Meeting in 4K
Next PSVita & PSTV research board that fits into the memory card slot