Hue is a platforming puzzle dream!!!

Today I present to you a game that I feel is quite delightful in it’s simplicity. I’m talking about Curve Digital’s newest game called Hue. If you are a platformer fan and like puzzle games then this is definitely one you want to pick up. It delivers a huge diversity of color, and lack thereof, to get your eyes stimulated along with your brain. 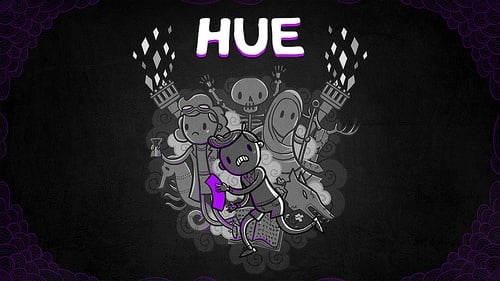 Hue, being your character’s name, is a nice young boy who awakens to find his mother is gone and with her all the color in the world. She begins communicating with him through letters he finds throughout the game and also she challenges him, and you as well, to some deep thinking about philosophical ideas. The basic premise being that his mother was a very smart color developer for a university. She eludes to the fact that she is trapped in a color. She thinks it may be a color that people cannot perceive and as such ponders her existence. It’s really quite breathtaking when you get deep into the story. 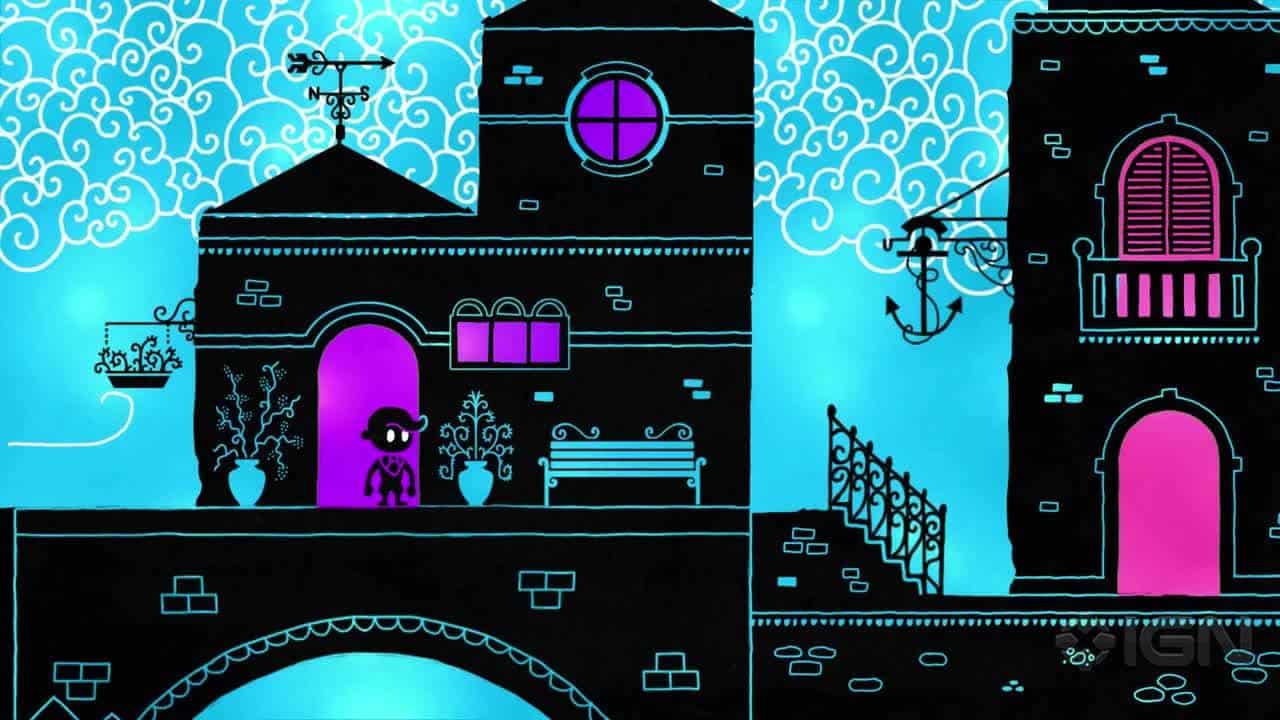 The gameplay is rather exquisite. You essentially venture around gathering new colors while solving puzzles to get to the next color. At the beginning there are merely obstacles in your way but the farther you get the more difficult the puzzles become and more things show up that will kill you. I have been stumped several times and finally figured it out. I haven’t gotten all the way through the game so it’s going to get even more difficult. 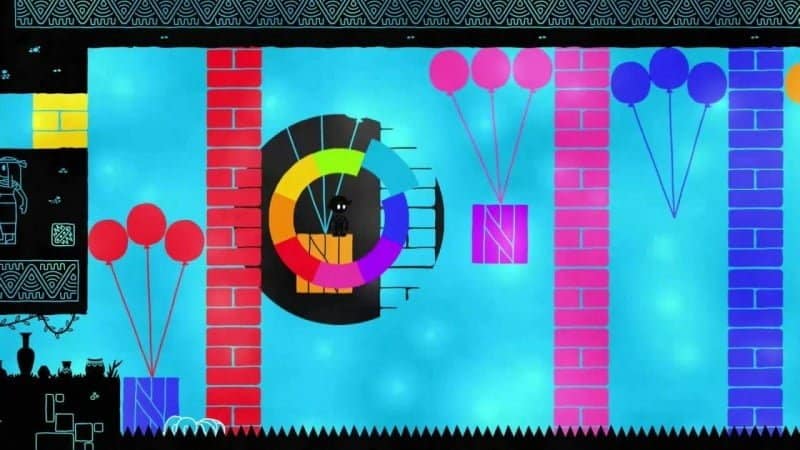 As far as the controls go they’re very simple. You move, you jump, there are boxes that you can pull and push. The really cool part is the right analog. With it you switch colors of the background. Sometimes you have to switch in mid-air; sometimes you must switch to reveal platforms and boxes. When you open the switch palette time doesn’t stop but it slows to a crawl giving you ample time to make your decision. It can get quite tedious at times but it never seems unfair. There are times you feel like a genius when you overcome a difficult puzzle but that’s the fun.

As far as the graphics, they’re right on par for what you would expect from a Curve Digital game. The eye-popping colors set a perfect tone for the otherwise bland color palette. 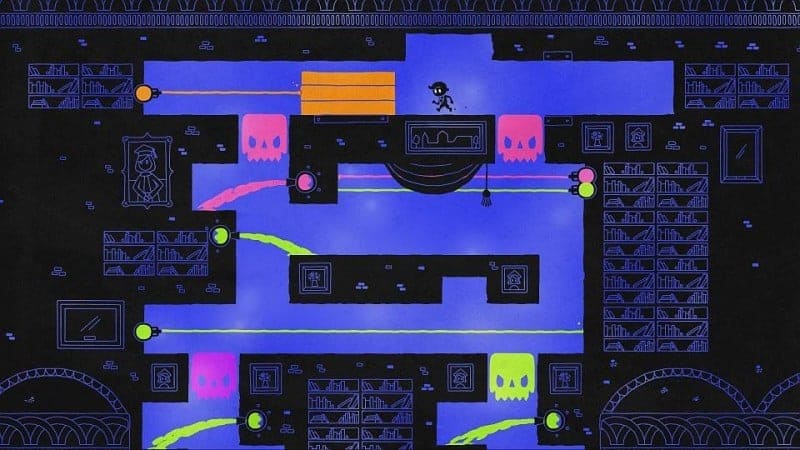 Now, without further delay, my rating. This game is a great puzzle platformer. With that said I can’t imagine giving a game like this a 10/10 just for the simple fact that it’s a small, semi-short game. With that said I think my overall opinion would be a 7/10. There are a few places that could have been better. For example, there should be a way for you to scan the entire room you’re in before you jump into it. It’s very difficult to get halfway through some of the later rooms only to discover you’re going to die because you don’t know what’s coming and you have no time to devise a plan. I think the man in the black coat could have been given some dialogue to advance and deepen the story. With all that said, I really am enjoying this game and will probably play it for a while. Definitely worth picking up! Hue is available on the PS4, Steam and XBoxOne and coming soon to the PS Vita. Thanks for reading and as always… HAPPY GAMING!!!