Have you ever dreamed of exploring space on the board of the Federation ship? You don’t have to just dream anymore, at least not in VR. 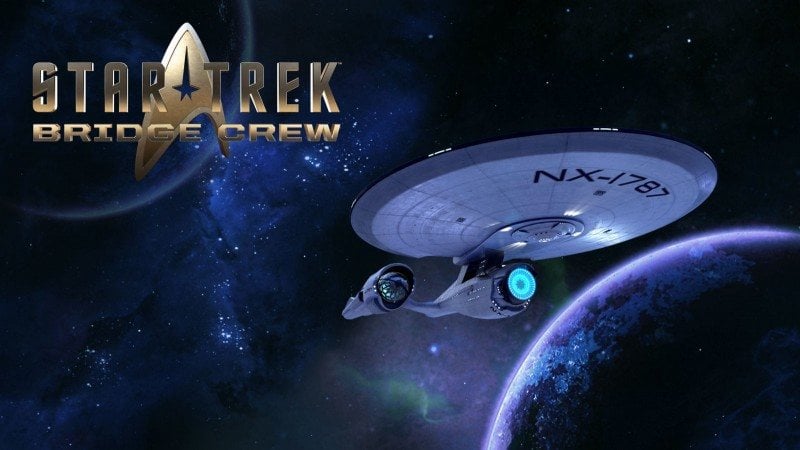 I’ve never been a Star Trek fan (though I enjoyed the Star Trek: Enterprise series and the new movies as well), but the idea of being on the ship’s bridge and traveling where no man has gone before blew my mind. Because of that, Star Trek Bridge Crew was a must-play on Gamescom for me. Now, my mind is blown even more than before. Thanks, Ubisoft! 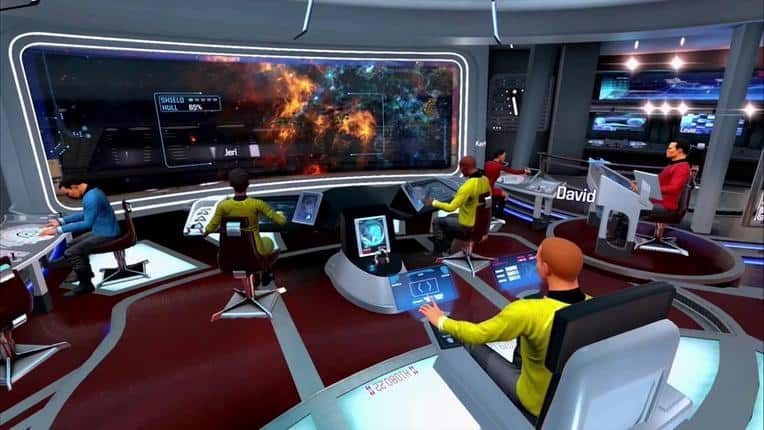 We, 3 players, were randomly seated (and therefore had randomly assigned our roles on the bridge) along with the guy from staff, who was automatically the captain (it’s called Command in the game). And guess who got to be the pilot of the ship (aka Helm)? Yes, it was me. My job was controlling local navigation (speed and direction), choosing the target for warp and initiating the warp. So. Freaking. Cool. 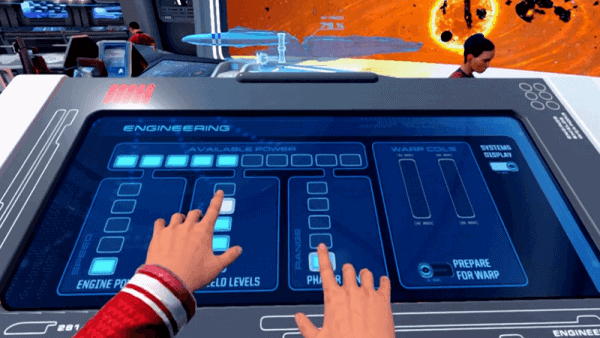 Other 2 roles were Engineer and Tactical, who were managing power, weapons, shields or looking for life signs. And obviously, Command (captain) was the guy who instructed everyone. Actually, here is my only complaint about this experience: I get that captain had to talk in both English and German. The thing is, though we were able to hear through headphones, we all were also in the same room, so it created a disturbing echo that made understanding quite difficult.

Anyway, after being introduced to the game and having everything explained, we received a message from the admiral (an NPC). He asked us to investigate friendly space pods and rescue eventual survivors of the damaged space station in the nearby system, whose name I don’t remember. 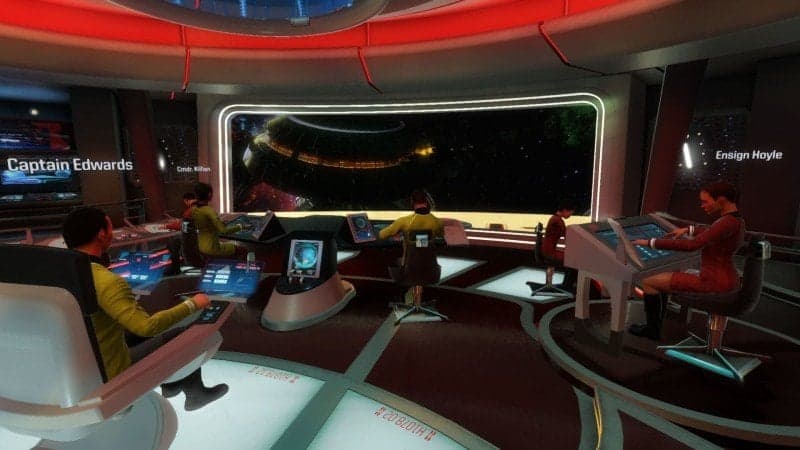 Shortly after reaching our destination (using warp is so cool), we were attacked by the Klingons. We tried to fight back, but then more enemy ships appeared, so we survived only thanks to redirecting the energy to shields and weapons.

By the time an NPC on the bridge died and our engines were being damaged, it was decided that we would escape back to our home system (again, I don’t remember the name).

Right after coming back, we heard “congratulations, you completed Kobayashi Maru.”

Playing Star Trek Bridge Crew was an unforgettable experience. Holy moly. I learned how to control the navigation in a few minutes, so that wasn’t much of a problem. The commutation truly was vital. Everything seemed as real as it could and I was wiping sweat off my forehead when we were done.

Star Trek Bridge Crew is going to be released on November 29 for Oculus Rift, PlayStation VR and HTC Vive.