The JRPG goodness continues on this year. We get a remaster/enhanced edition of an old classic now. Fairy Fencer F: Advent Dark Force released, and I am here to bring you the review of a wonderful gem. 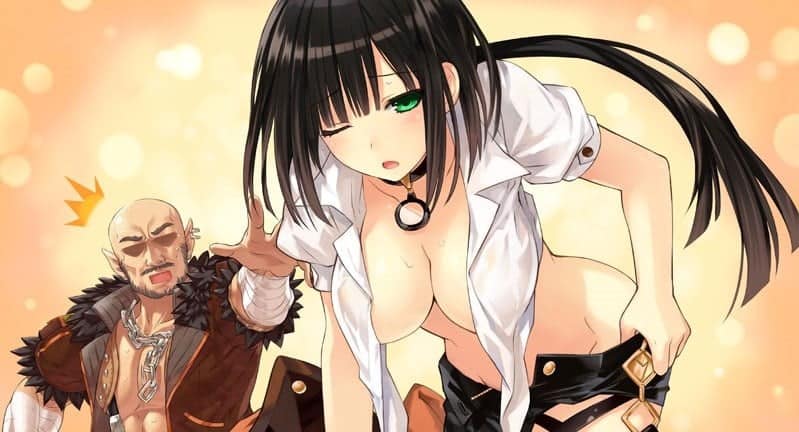 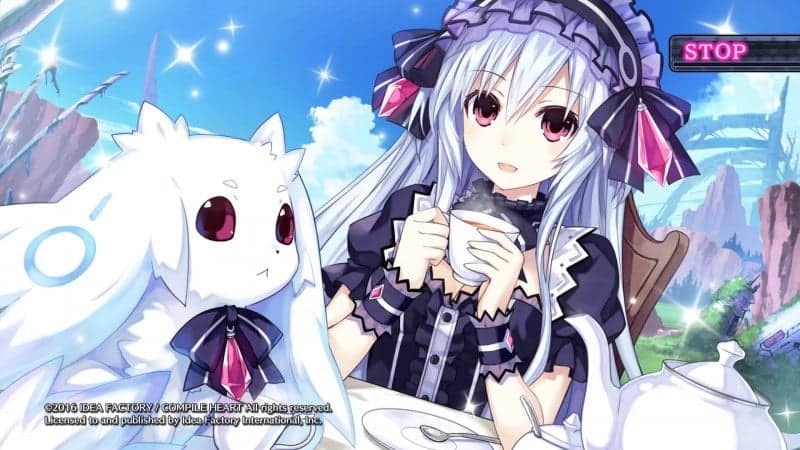 “Long ago, a war was waged between the Vile God and the Goddess. The battle was fierce; the two were equally matched.  Finally, both sides unleashed special weapons that contained fairies imbued with their power. Using this power, each god sealed away the other within another world.

And so, time passed…

The weapons that the Goddess and the Vile God left were called Furies and the warriors who used them were called Fencers. Rumors arose that the Furies were so powerful, whoever collected them all would be granted one wish. As a result, Fencers fought each other endlessly to obtain them. By chance, a young man named Fang happened to unwittingly become a Fencer and saved a girl named Tiara. And she, too, was a Fencer.

From that day forward, Fang found himself an important part of the battle
between the Goddess and the Vile God.”

The story itself is presented in a very good way. You awaken in a prison by your fairy. She guides you out, and as this goes on, the story develops. I feel this was done very well and was one of the most enjoyable aspects of this game. 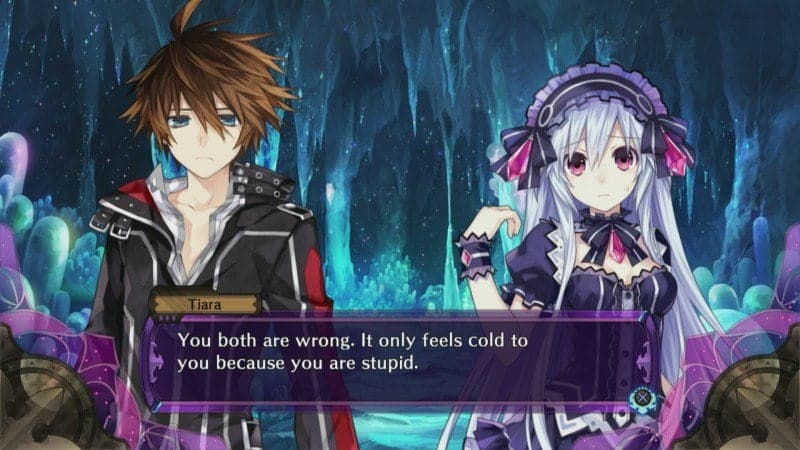 If you have played an Idea Factory game, you will feel this is very familiar. It plays just like the recent HyperDimension Neptunia games. If you have not, here is a rundown. Dialogue and cutscenes are presented in a similar fashion as the screenshot above (with exception to a few cutscenes). You will get a dialogue box and the characters will change in and out to speak. All the dialogue is completely voiced. You are also given the choice of English or Japanese voices (which is a huge plus). This also happens during certain events as well with different still images in the background (see below) 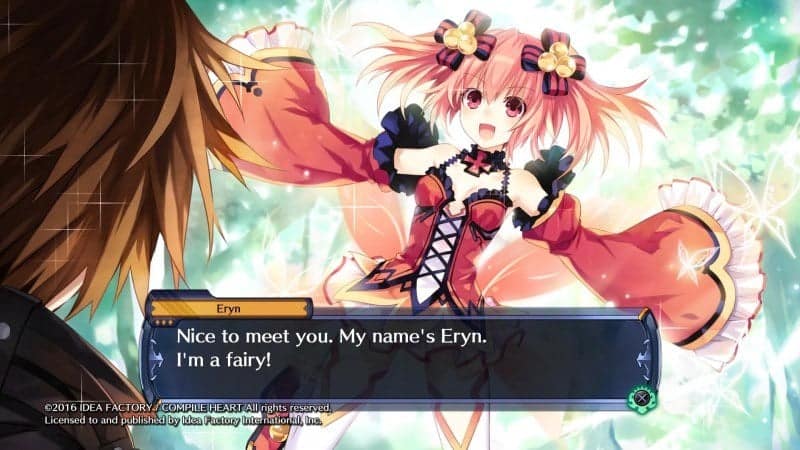 This is more or less how certain events will play out. You will get a still image, with fully voiced dialogue as it plays. I have no issues with this, and this is how most Idea Factory Games play out. 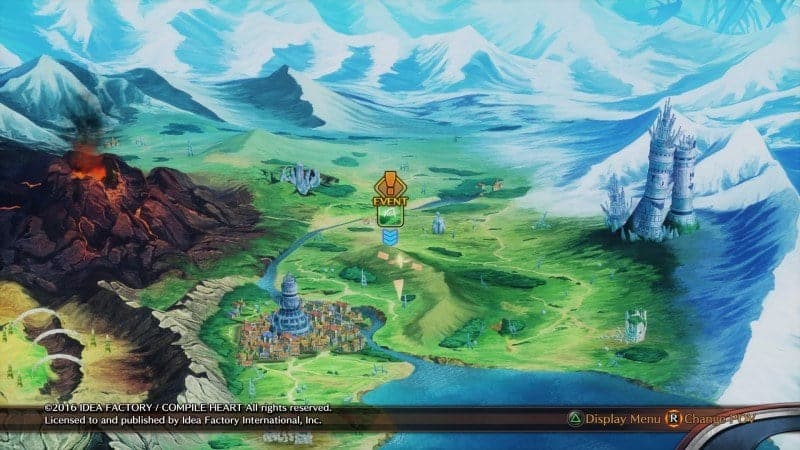 Above is the map overview. More locations open up as you progress through the game. You will find yourself opening more locations and exploring quite often, especially when you open up the quest system. You will visit locations over and over, fight enemies and find items to finish these quests (all entirely optional). New locations are unlocked during a story event in games (you will be given a tutorial as to how to do it). 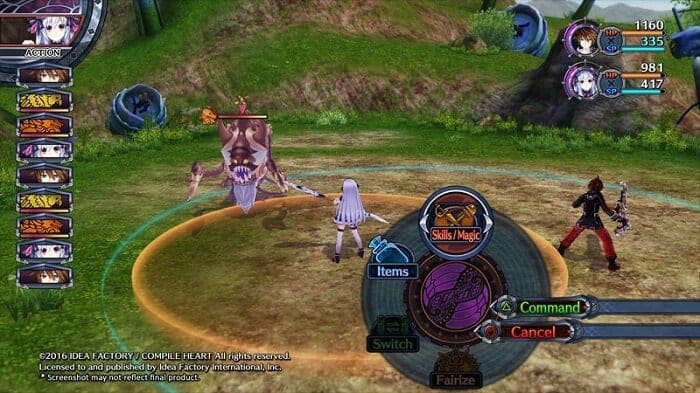 For those who played a Neptunia game, they will find the battle system very familiar (in fact it is the same system just changed to fit this game). Those who haven’t, here is a brief rundown. When it is your party’s turn, you will run within the range you are allowed to (orange circle in picture) you then can choose skills, attacks, items, or defend. More stuff gets unlocked as you progress in the game. I am being brief here because this game is very tutorial heavy, which once again is not a bad thing. Those that are new to this game (or Idea factory games in general) will appreciate the in-depth tutorials. Those that play these type games (like me) can skip right through each tutorial, nothing is forced on you.

There is more to the gameplay, but I will leave that to the tutorial to explain to you (especially being that anything beyond this would spoil elements of the game). 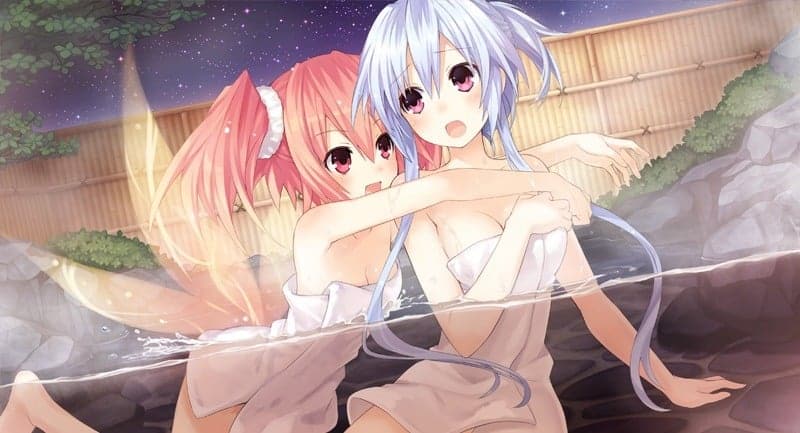 In image format (above) the game is very anime. Nothing wrong with this as it fits how the game is presented. It is visually appealing. There is also much fanservice in the game (as well as lewdness), which… I have no complaints about. This is Idea Factory and Compile Hearts in all their glory. They are in their natural element. 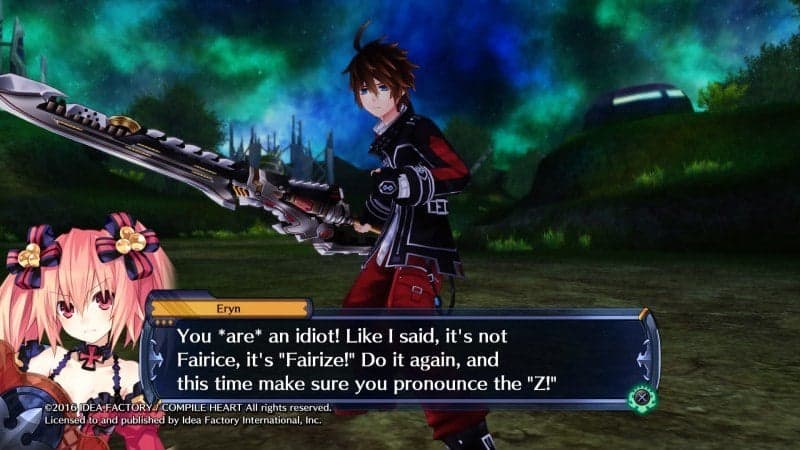 In the game, and in battle, the game looks fantastic as well. However, if you hold this up to any other PS4 game, this is nothing spectacular. However, it is not always about the eye candy graphics. This is once again IF and Compile Hearts MO. This is what they do and what they are known for. Long time fans will appreciate this, however, newcomers might complain.

Audiowise, the game sounds good overall. However, not sure if it is just my set up or how the game is, no matter how low I turned down the in-game music volume, it seemed to just drown out everything. If this is a widespread issue, I do hope it gets patched. Below is a sample of the soundtrack.

All in all, I like it quite a bit. I think it is Idea Factory’s best work up to date in the audio department. 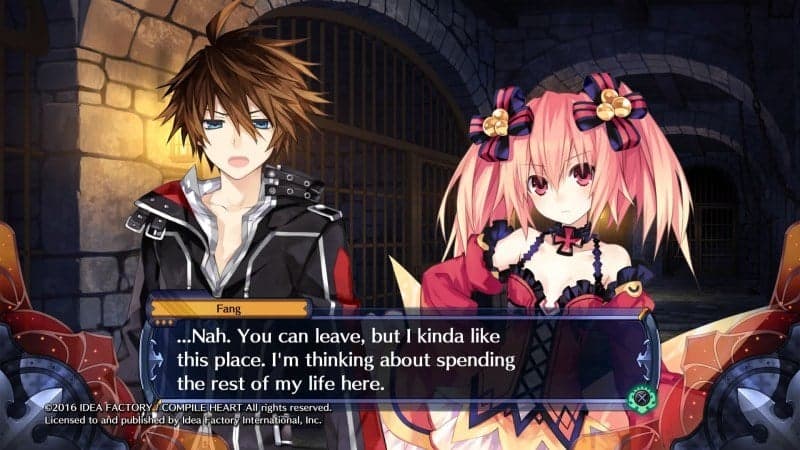 This is a JRPG that can easily run into the triple digits in terms of hours. With 3 endings to unlock, a ton of quests to do, a ton to collect, a brand new quest (which leads to that new 3rd ending), and much more this game easily has so much to do. There is no shortage of replayability here. This brings the ultimate question, is it fun? My honest answer here is… yes it is fun. I enjoyed every second unlocking as much as I can by the time this review was written (which was 2 endings unlocked and a majority of the quests done).

The moment I got my hands on this game, I couldn’t put it down. It is JRPG goodness and I loved every second of what I did. Even after this review is done and you (the reader) digested it, I will still be playing this game trying to get the rest done. I am enjoying my time with this game quite a bit. 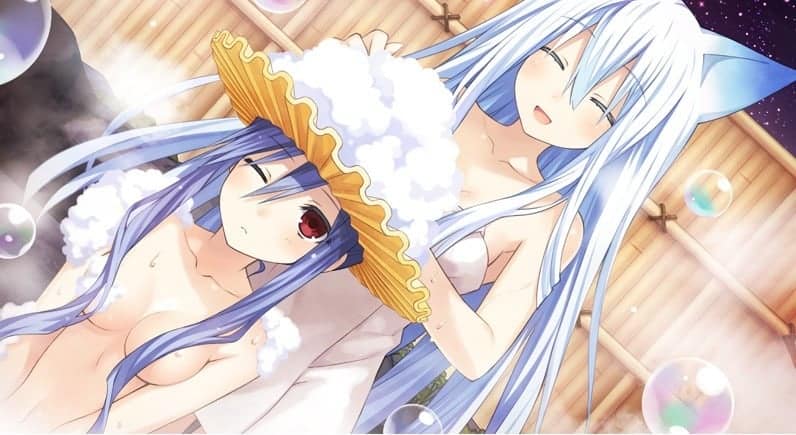 Fairy Fencer F: Advent Dark Force is a jolly good time. It does not take itself too seriously until late game, and by then, you are fully invested. For anyone looking for a good JRPG to occupy their time, I wholeheartedly recommend this game to them. It is easily a GOTY contender for me, and overall it is my RPG of the year so far. More JRPG goodness is coming this year, but Idea Factory has you covered with a wonderful game that may sneak up on you as being one of the best you will play this year. Play it, enjoy it, love it, and let me know in the comments.

A gamer and jack of all trades. I enjoy many things, but overall just enjoying life. Hopefully, I can add enjoyment to your life through my articles or interactions.
@mgs2master2
Previous Open beta trials for PS4 FW4.0
Next Jailbreak for iOS 64bit devices is now available!