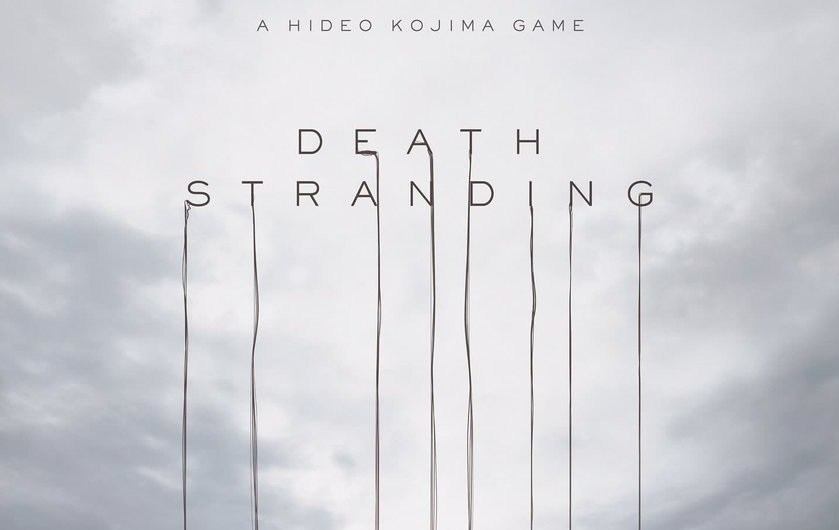 During the E3 2016 conference this year, Hideo Kojima made his appearance at Sony’s press briefing to announce his highly anticipated title that had been under wraps for a while.

After the spine-chilling Silent Hills title Kojima was to collaborate with Guillermo del Toro on, which featured Norman Reedus fell through, Kojima decided to continue that partnership with The Walking Dead star under his new company Kojima Productions with  his new IP, Death Stranding.

In the months leading up to E3, Kojima had been leaving a breadcrumb trail hinting to what his new title was going to be like the logo for his newly formed company (Kojima Productions), so when all he had to do on the Sony stage was state: “I’m back!,” the crowd lost their minds.

As the trailer opened in traditional Kojima fashion with a slow, sombre musical score, audiences saw a crying, naked Norman Reedus, holding a tiny newborn child that appeared to be dead in his arms.

In an interview with Wired, Kojima uncovered more secrets behind the very cryptic reveal trailer that was shown at E3 that left the world very confused. He talks about the concepts of the game and the meaning of death in Death Stranding.

The reveal trailer was enigmatic in its entirety as Kojima said to Wired after being asked what is Death Stranding, that, “It’s a teaser, so the only thing I can said is, watch it. You can see the crabs, the whales, all things, they all have these umbilical cables. Norman, as he stands up. It’s a very important part, this connection. That’s the keyword. What people are playing today in open-world action games, or linear action games, it will compare naturally to them.” Kojima continued. “The story is about connections, what you call ‘strands’ in psychology – how people are connected”

When asked about his intentional meaning behind the word Stranding in the games title, Kojima spoke about the word working on two levels of isolation and connecting.

“Connecting people through game play is the basis of the game. Trying to connect one character to another, or to connect life and death.”

There was a very intriguing theory from Geek about how the trailer and essentially the title itself is either a conscious or subconscious allegory of the split between Konami and Kojima.

The article writes about how Reedus is a representation of Kojima and how the carcasses represent dead Konami franchises. “There is a pair of handcuffs on Reedus’ left hand, meaning that he was once a prisoner but now is free. The baby that Reedus picks up and holds represents the Metal Gear Solid franchise. Like in real life, this franchise is taken from Kojima almost without warning.”

In an interview with Eurogamer however, Kojima denies that the title and its symbolism has anything to do with the situation that unfolded with Konami.

Kojima spoke more in depth about the notion of dying in arcade games and the ability to put in another quarter and coming back, he explained, “that hasn’t changed in the 35 years that I’ve been making games. In this game, life and death will be part of that, but I want to give a different twist to that notion.”

When asked about what sort of multiplayer the title will have, Kojima mentioned that it’s a “new system”, however didn’t expand much more other than, “It’s not so simple”.

“There’s an author that I’m a huge fan of named Kōbō Abe. Among his work is a novel called The Rope. He mentions that the first tool that humanity invented was the stick, to keep away bad things. Right now, looking at today’s online games, you see a lot of sticks-pistols, weapons, things that are the equivalent of the first tool. Abe, in his novel, mentions that after the stick, mankind invented something that keeps things that are important close to you – the rope.”

There is no release date thus far for the mysterious title, however we do know that Death Stranding will release on the PS4.

Kojima spoke over the past couple months in more depth regarding his decision behind going with Sony as opposed to any other company as a publisher. Being a newly formed, independent developer trying to get a new IP off the ground he comments is very difficult and can sometimes affect the overall aim and concentration of the project.

“Working with Sony, I have a long history with them, a relationship of trust. They’ve allowed me a lot of freedom and been very supportive of the things I wanted to do.”

For more news on Death Stranding, don’t forget to follow us on our official Twitter pages for updates @Hackinformer and @Geestaar74