Dolphin the Gamecube & Wii emulator get some big improvements with new release ver5.0

The Dolphin emulator hasn’t seen an update in quite some time but today they have released their new version 5.0 and it has some major improvements. If you are new to this emulator, Dolphin is a free and open-source video game console emulator for the GameCube, Wii, and Triforce that runs on Windows, OS X, Linux, and Android. It was the first emulator to successfully run commercial GameCube games and is the only emulator capable of running commercial Wii games. 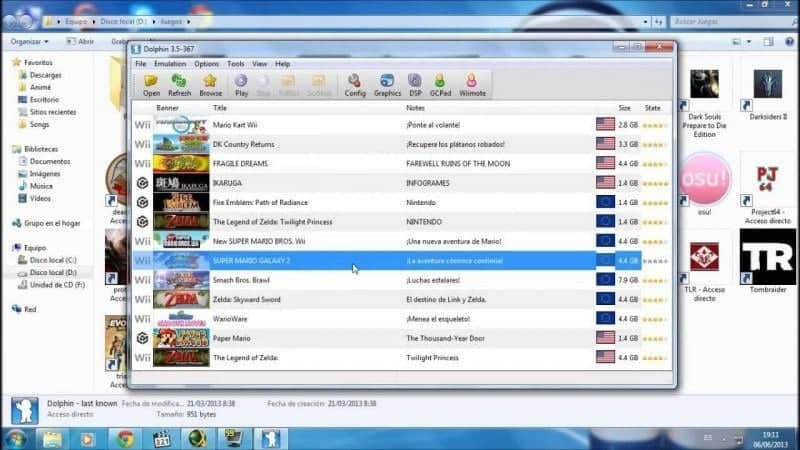 After nearly a year of bug-hunting and handling the release process, everything has come together for our biggest release yet! The three previous releases followed a very distinct pattern: sacrifice performance, hacks, and features in exchange for higher accuracy. As such, Dolphin 3.0, 3.5, and 4.0 progressively grew slower. But thanks to the cleanups put forward throughout those releases, Dolphin 5.0 is the fastest Dolphin has ever been!

There are so many fixes in the changelog I can’t list them all but I’ll highlight the ones I think are the most important, even though all of them are important fixes.

Much like, Dolphin’s CPU emulation has seen many accuracy improvements over the past two and half years. And it’s sacrificed compatibility, too. While D3D9 was sacrificed for integers, the x86_32 JIT was sacrificed for a whole slew of improvements. We promised users that dropping the 32-bit JIT would open up many options for improvements, but, even we didn’t expect nearly a 100% improvement in performance in the JIT! 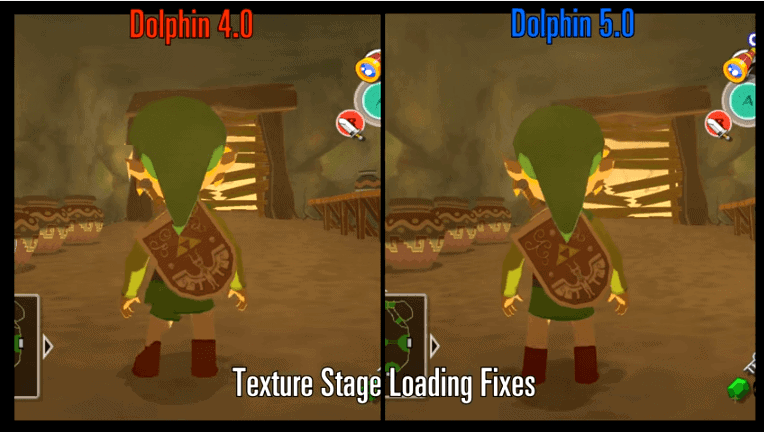 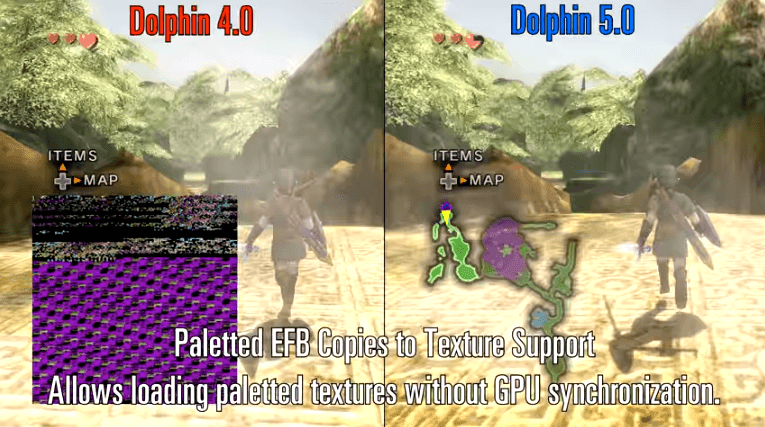 By removing all of those hacks and outdated features while cleaning up the codebase, Dolphin has reached a new level of efficiency, powered by a revitalized dynamic recompiler. On the GPU side, OpenGL and D3D11 have seen tons of optimizations and accuracy improvements and have been joined by a brand new D3D12 backend for huge performance gains. If there’s a CPU or GPU extension that can make Dolphin faster, we take advantage of it.

This next fix is a major improvement and by far one of the most important. If you have played any game with the dolphin emulator you may have noticed how builds or background images just pop up out of no were. Like Rogue Squadron II is a fine example of that, as you are doing the mission on the death star torrents just pop up and either you smash into them or they kill you, which can be frustrating. Now with this new fix all that is gone and games play just like they should. 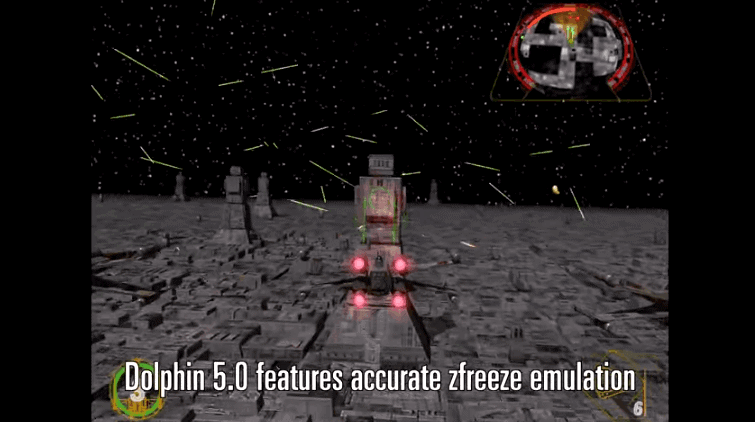 zFreeze is one of those features that we never thought would be implemented. Developers have been aware of the feature for quite some time, but no one could quite get a handle on how to implement it. It took three developers working upon years of research to finally crack the code, and now every known situation of zFreeze works properly in Dolphin! As we proudly stated once zFreeze emulation was defeated yes, you can finally play Rogue Squadron II in Dolphin. Due to how demanding it is and all the crazy hardware tricks it uses, it may not be perfect yet, but zFreeze will not be causing any more headaches.

Dolphin 5.0 has no such issues remaining, with complete zFreeze support. There are roughly about two dozen known GameCube/Wii games that make use of zFreeze in some way and likely many others that use it for similarly benign reasons. While it’s mostly used for shadows, Blood Omen 2 and Mario Power Tennis are notably much, much more playable without zfighting and layering issues. 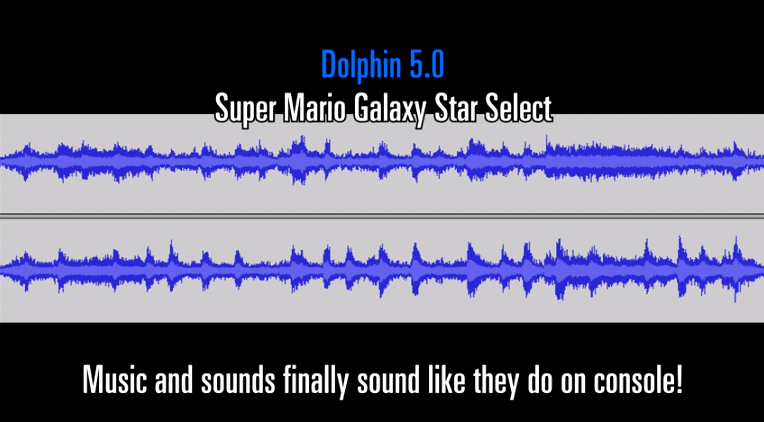 It would have been really hard to show off all of the great things added throughout the Dolphin 4.0 era without the improved video dumping functionality. Audio and Video dumps now line up (most of the time,) and can be mixed effortlessly. While there are still some situations that don’t work perfectly and is missing a few features, we can finally dump video and audio from Dolphin without using third party programs!

These are just a few of the fixes in this new version and I think that quite a few people will be surprised how well some games run now. So at a basic level, Dolphin 5.0 is more accurate and more efficient than previous builds in every way. Individual games will vary, especially due to various hacks being removed along the way. Dolphin 5.0 can be downloaded for Windows and Mac OS X from their official website: dolphin-emu.org.
System Requirements to run Dolphin 5.0 can be found here but here’s a quick rundown of what changed:

Note: Dolphin on Android is not getting a release build. This does not mean it’s falling behind or anything. We just did not feel like Dolphin on Android has reached any milestone with these changes. We’d rather it have its own special time in the sun when it comes, instead of tagging it onto what has been an already concerted effort on the desktop release.

I like to get everyone the right info and I like to help others get the most from there electronic devices. I enjoy playful cleverness and the exploration of technology. My Motto: You own it, you can do whatever you want with it.
Previous DragonBox Pyra: A Mini PC That You Don’t Want To Miss!!!
Next A totally new Game Manager for CFW PS3