The third DLC for Fallout 4 titled Far Harbor has been released today May 19 on all platforms in all regions as you can see from the information below. 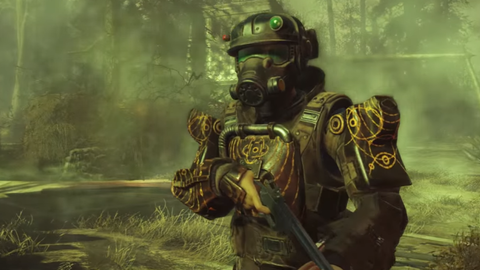 According to various sources and blog posts on the Bethesda website, this expansion is the largest in landmass that a Bethesda title has ever received. Far Harbor has at least 20 locations which have been spread out across a large island map, also including three settlement areas, 5 new quests and tons of side quests. New weapons and armour such as a marine combat armour lever action rifle, harpoon gun and fish hooks are also being added to fight off the new irradiated sea wildlife like the bipedal angler fish, giant salamanders and much more.

Fallout 4 director Todd Howard has explained that Far Harbor is the largest expansion Fallout 4 is going to receive.“In this first run [of DLC] Far Harbor is the largest. But, we kind of priced that based on what we’ve done before so you can look at Far Harbor and say ‘Well, even though the land mass is bigger, it doesn’t have as much content as Shivering Isles – which was $30 – but it has more than Dawnguard, which was $20.”

According to Bethesda, killing everything in your path in this expansion is not going to be your only viable option as choices will have a bigger impact. Bethesda commented, “You may find yourself going down one path. and changing your mind once you have information. There are very few hard-stop decisions, unless you choose to start killing folks. (Death is a pretty final choice, after all.) But even within the huge decision moments, there are lots of ways to handle a situation – some more peaceful than others.”

Lead Designer William Shen in a Bethesda blog post stated that NPCs who you will be coming across in this new expansion will be trying to drag your player into their own goals and agendas. He continued, “Everyone has a sympathetic side, and a side that’s not-so-sympathetic, and you have to decide where you’re going to land. We wanted to include a ton of different options. Is it possible to go through with no one dying? Can you just decide to destroy everyone? Can you bring certain people to justice and drag out certain truths? Is it worth exposing this person if it means all these other people are going to be hurt? We give you a lot of tools and information that affects all group, and then you have the ability to decide what you’re going to do with it […]

“It’s fun to present the players with choices that will make them pause for a minute and think, ‘Is this really what I want? Can I live with the consequences or the cost?’ We really wanted to introduce a lot more conflict, but we also wanted to make sure there were a lot of ways to end the conflict.”

One big issue occured recently reported by Kotaku that the beta version of the DLC was torrented before the official release of May 19 with a big hit of 800 downloads via DLC modding hub Nexus.

Owner of Nexus mod, Robin Scott told Kotaku, “[The mod] was taken down because Bethesda asked us to as it contained copyrighted material that was uploaded without permission from the original creator (in this case, Bethesda) […] such actions are a flagrant breach of our well known strict rules.”

Video Game Writer for Hackinformer
Previous GateWay 3DS announced Time Machine App & A9LH Installer
Next Tower of Samsara, A Kickstarter we should all get behind!!