Nioh what’s it about?

Just a bit of news regarding an upcoming game I am looking very forward to. Most of you already have this on your radar, but I figured I’d inform everyone else that doesn’t know yet. Keep an eye out for this one folk’s, Nioh is something that’s going to be fantastic. 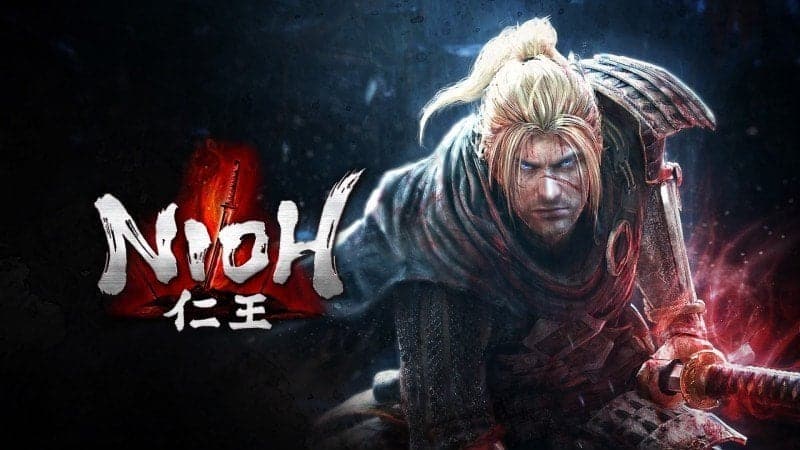 Ever since it’s premiere, I have been watching this one closely. What’s Nioh you ask? Well, to sum it up shortly it’s what happens when the games Tenchu, Onimusha, Ninja Gaiden, and the Souls series comes together to have a love child. That’s Nioh in a sense. Now I am not saying it’s ripped these games off by no means. But it’s clear it has borrowed some elements from them, and it seems all the best ones from what I’ve seen so far. Need a little back story you say? Well, you’re in luck, below is part of the press release that does just that.

In Nioh, players will traverse war-torn Japan as William, a blonde-haired swordsman whose background as a fierce warrior and seasoned knowledge of the blade allows him to survive in the demon-plagued land of the samurai. Known as Yokai, these demons inhabit a number of dangerous locations and lie in wait in the shadows to ambush unsuspecting victims. Players will also face off with other samurai’s in supernatural sword battles and intense, multi-target engagements offering a level of difficulty that will truly test even the most hardened samurai’s skills, patience, and strategy. 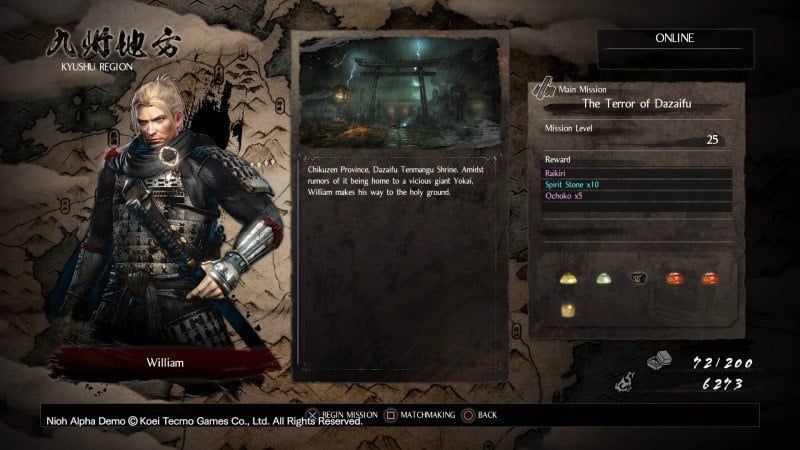 Offering a deep and original storyline that takes place during the Warring States Period of Japanese history alongside strategic sword-fighting action, Nioh will challenge players in a way that makes every mission and accomplishment feel earned and worthwhile. More information on this comprehensive, action-packed RPG experience will be released in the coming months.

That sounds epic to me, but let me be honest with you all. I have always been a fan of these types of games. I would love a new Tenchu, for example. The days I spent in my younger years hiding and assassinating with the great Rikimaru. I could tell countless tales of the fun I had. But alas, that’s in the past. But that’s another topic for another day. Today, I will simply give my impressions on the Alpha Demo which should have ended already. I loved every second. In short, the game is frustratingly difficult. If you think the Souls games sets the standard for difficulty, then you are wrong. 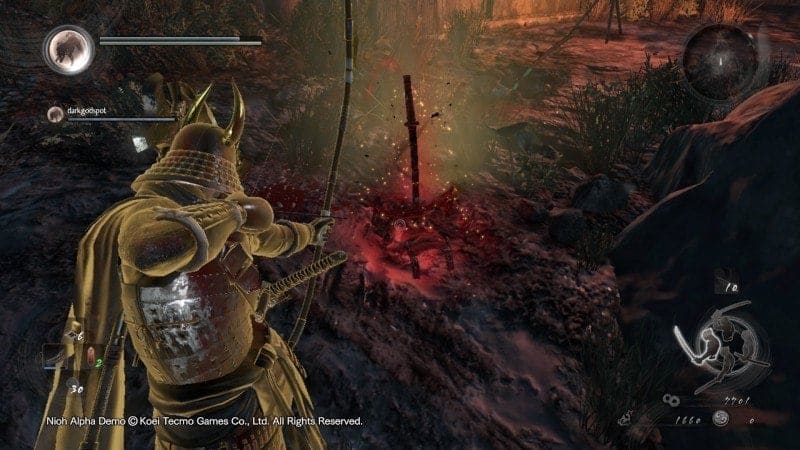 Remember the old days, when people would say “Is this game hard or Ninja Gaiden hard?” Well, the current generation will from this point on probably say “Was this game Nioh hard?” Now you’re probably wondering, if it’s so difficult why do you like it so much? Well, to be honest, it’s mainly that I have always liked a challenge in video games. There was no greater feeling of accomplishment for me growing up than beating an ultra hard video game. especially if none of my friends could. Nowadays, more often than not, video games are more interactive movies or experiences, than challenging. Some games feel like they are holding your hand all the way through. Nioh basically tells you what buttons do what, and then you are on your own. I died countless times, but I am one of the few thousand people to finish the demo and claim my “Mark of the Conqueror DLC” for when the final game launches sometime later this year. I struggled like no other with that final boss. He was truly challenging.

The game offered no tips or strategy on how to defeat him. Regardless of how many times I died. But once I figured it out and finally beat it. I nearly jumped out of my seat with excitement. “YESSSS!!!” I screamed. I felt like I truly earned that DLC. I am hoping that the final game retains it’s difficulty, but Nioh is so much more than just a challenging game. At least from the impressions I got from the Alpha Demo anyways. For that reason, and that reason alone, I do hope there is a difficulty setting added in the final game so players that may find the game too challenging aren’t turned away from a truly fun and enjoyable game. The gameplay indeed is very similar to the Souls series, but there is more strategy to the combat in Nioh than in the Souls series. For one, in the Souls game, you can often handle mobs of enemies 3 – 7 strong depending on their base strength. In Nioh if you find yourself with just 2 or 3 basic enemies after you at once, you can almost guarantee your death. When to block, parry or dodge also plays a key factor as well as what stance you should use in combat. All in all, I cannot wait for this to come out. I plan to give the full review when it does, so keep your eyes peeled for that one. That basically sums up my experience with Nioh, as well as a bit of the details on the back story of the game and who the main character is. I hope you are now informed and are looking forward to it as much as I am. 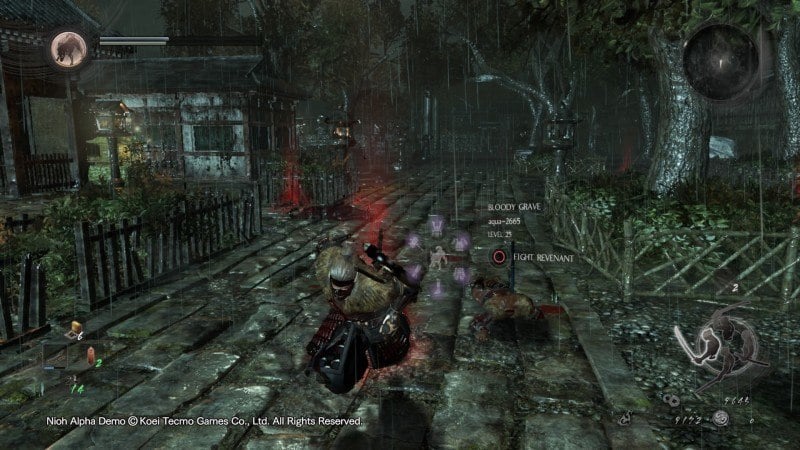