Mobile gaming for smart devices has gotten really good lately as most Android and iPhone’s now have the spec’s to run almost console quality games. The one thing that all smart devices lack is a game controller as some of us can’t stand touch screen controls. About 2 or 3yrs ago there really wasn’t a lot of controllers to pick from for your smart device but now it feels like there are 100’s of them. So today I wanted to tell you about the ipega pg9058 Bluetooth game controller. 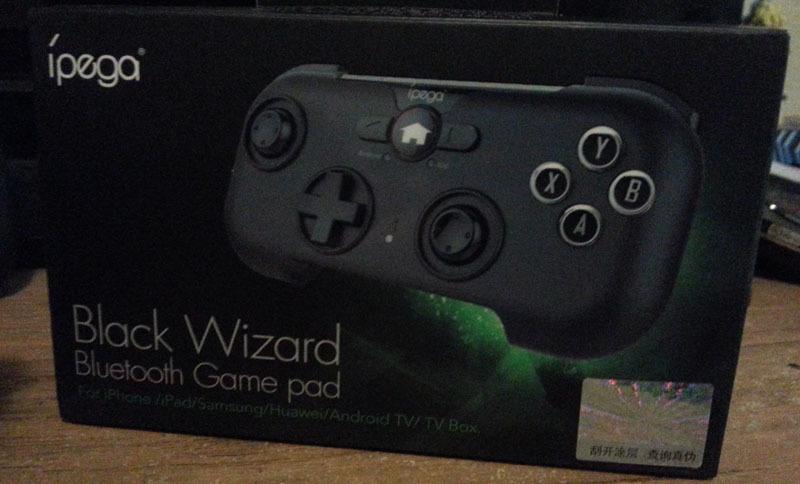 What does it work on & come with:

The ipega pg9058 Bluetooth game controller works with Android or iPhones, so there is no need to buy a separate controller for either smart device you own and it will work on your PC that has Windows 7/8/8.1. It also comes with a stand to support smart devices, USB micro b cable, and carrying case. 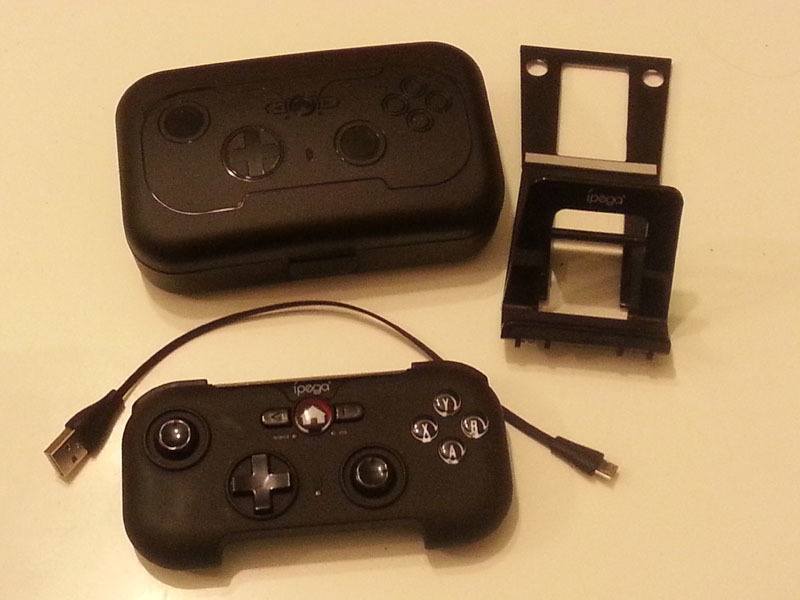 Note: only tested/used with Android devices

At first, I was a little skeptical of the ipega game controller as I like to have big controllers like the xbox360, but I found it to be very comfortable for its small size. Setting it up via Bluetooth is very simple and easy to pair any smart device without a third party app needing to be installed.

When I used it for emulators like NESiod or Drastic I found it to be perfect for retro gaming as NES & SNES controllers are very small to be being with. All the emulators I used it on, worked fine and didn’t have any trouble setting up the controls.

Now when I use it for Moblie games like Dead Trigger you had to mess with the aim sensitivity to get it just right for the analog sticks. That’s is the most frustrating part with mobile games as they are configured for touch screen by default but once you have it configured right you are good to go. Not all mobile games have controller setting but most of the new ones do like Nova, Dead Trigger, Modern Combat, Shadowgun and more. The only thing was the analog sticks took me a minute to get use to as they are flush with the controller and are not like other controllers I’m used too. 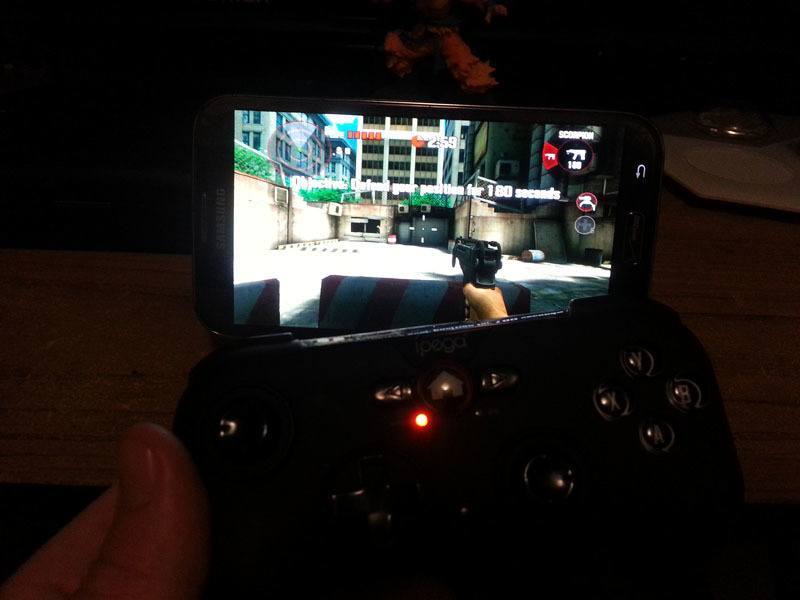 The farthest you can go from your smart device is about 25ft, which is perfect for Android TV sticks. It has a rechargeable battery so no need to buy batteries. I was able to use it for quite a while, before having to charge my mobile phone as it would die before the controller would. So I would say you could get more than 8hrs out of it, before needing to charge it. I didn’t notice any lag when playing mobile games or emulators with the controller, which is a plus as lag can be every frustrating to deal with specially with fast pace games.

Should You Buy It?

If you’re an Andriod or iPhone part time gamer and you like playing mobile games or using emulators then I yes as it’s cheaper or the same price than most of your average Bluetooth game controllers out there. Now if you’re a hardcore mobile gamer then I would say, you might want to look into a more expensive Bluetooth game controllers with a clip to hold your Andriod or iPhone. All said and done its a good controller for the price and does its job.

ipega pg9058 Bluetooth game controller is $29.99 and you buy them at willgoo.com