What better way to spend a weekend than uniting the land! I have been playing Samurai Warriors 4 Empires thanks to our friends over at Koei Tecmo from around the 4th right up to writing this review, which is the 10th. I have to say I am surprised by how much I have enjoyed this. I went in expecting the normal warriors formula but was pleasantly surprised by the strategic element incorporated into the gameplay. I plan to break down the game fully for you guys talking about the good and the bad. The game launches across North America for PlayStation 4, and digitally for PlayStation 3 and PlayStation Vita on March 15, 2016. This title has been rated “T for Teen” by the ESRB. I hope you all are ready cause here it comes, The Samurai Warriors 4 Empires review starts now!

So many characters, this may take awhile!

The game has tons, and I mean TONS, of characters to use and play around with. The main drawback of this is the only way you’ll get to explore each one is in Genesis mode. Conquest mode gives you the option of picking a clan and completing their goals. But only certain players are playable in conquest mode. In Genesis mode, however, you basically create your own conquest mode, choosing who your clan is, and who you would like to make the leader (Daimyō). On top of all the characters to choose from, there is also the “create a character” option for the first time ever! 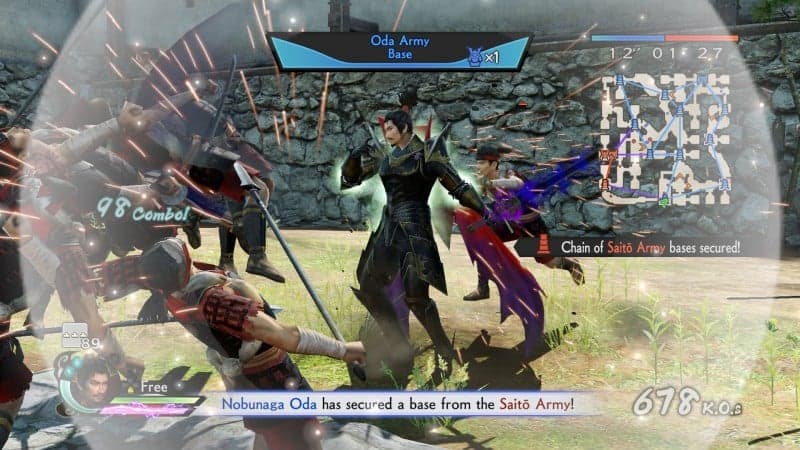 Who shall you be in history?

As stated above you can create your own character which is amazing and welcomed. You can choose everything from the color hair they sport, to the tone of their voice, down to the family crest they dawn upon their armor. Not only that, but you can even import an image to use if you like. You do this via a USB drive and a folder at the root of that drive titled KTG. Place an image of no larger than 1024×1024 and you’ll see it applied in game. This is kind of cool for the person looking to fully and truly customize their character. You also get to choose which weapons they will use. This can be a weapon for the main character uses such as Nobunaga Oda, or as simple as a katana or spear. Whatever you choose depicts your character’s fighting style and combos. Overall, when I first started the game it looked very simple and small time as far as customizations in games go. Halfway into creating everything I saw just how much you can truly utilize all the options given. I hope to see this carried over into future Warriors games as I have truly enjoyed using this new feature.

To unite or not unite, that is the question.

In Conquest Mode, you have the option of ending the game once your ambitions have been realized or choose to continue and unite the land. Uniting the land requires you to defeat every other clan and taking their territory for your own. Some territories that are controlled has unique facilities that offer certain options for your own clan at your castle. Many different options are things such as the ability to mine gold or to purchase horses if you have captured a territory that has a horse farm or gold mine. You see how this works right? Strategic planning is needed sometimes to overcome your enemies. You may need to take a hot spring territory so you can heal and recover your troops numbers, or you may need to take a diplomatic territory for such reasons as to increase your fame. Your fame dictates how many turns you can take during your political phase before you have to go to your battle phase. 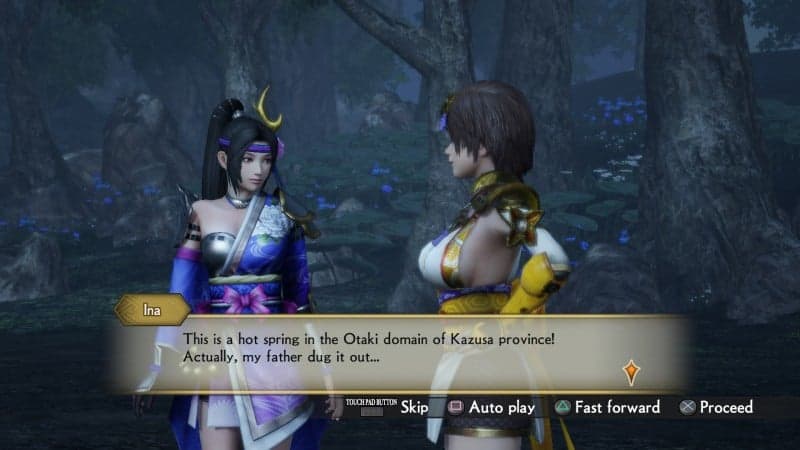 In the battle phase, you choose to go ahead and invade an enemy, or click next and go back to your political phase to continue preparations such as hiring officers or improving relationships. 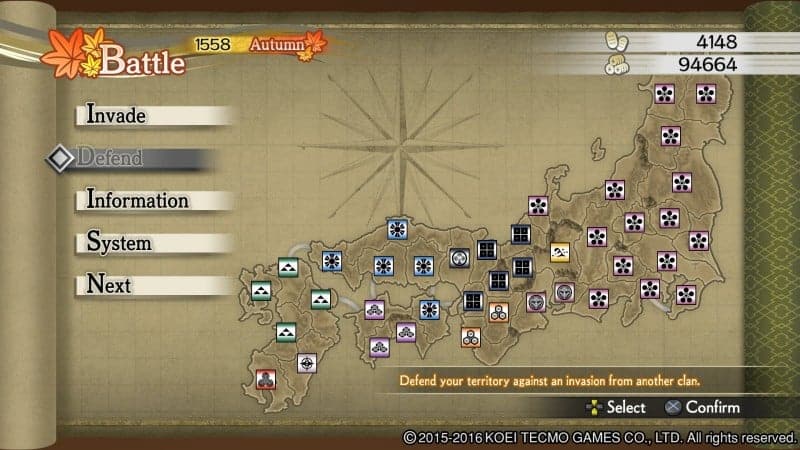 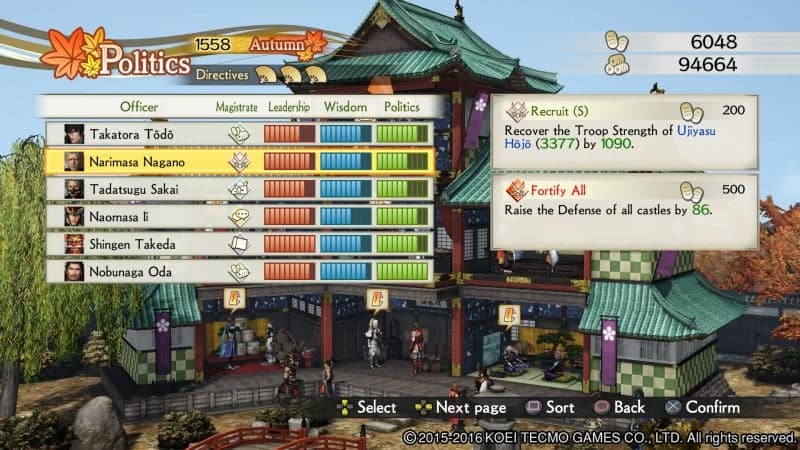 Make history your own.

Aside from Conquest Mode where there is a set of predetermined conquest for you to take on, there is also Genesis mode. In this mode, you can create a custom battle all on your own. Choosing every character for every clan and every clan leader that you’d like. Many of you who have played the Samurai Warriors games of past know what this can mean, but for those that may be new to this series let me explain it like this: Imagine all your favorite characters of saying different movies or comics, and imagine those characters united into one giant powerhouse team. The same can be done here. I put Yukimari Sanada, Keiji Maeda, Nobunaga Oda, Masamune Date, and a few other famous people from history as well as threw in my own custom character. The result was pure domination over the land. You can, of course, make up any scenario you choose. Perhaps see how the underdogs would do against the more powerful characters. The choice and fun to have is all yours. 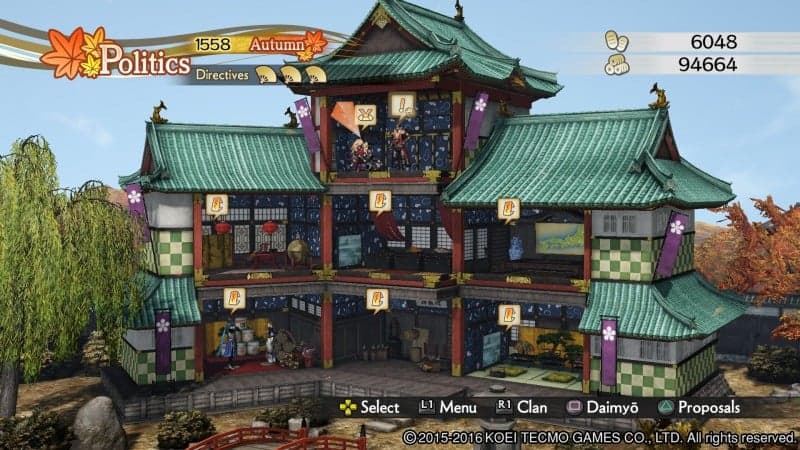 The good, the bad, and the forgotten.

The game overall sticks to the usual warriors form of combat. A few tweaks to it have been made and it’s improved in my opinion. However, this game falls victim to the same issue I have had with every Warriors game as of late. The lack of ability to lock on to important enemies and the often wonky camera can be a bit frustrating. Not enough to ruin the fun of the game, though, luckily. Something is missing, though, something that has been in some of the previous Warriors franchise games … online co-op. True, it hasn’t been in every game, but I feel in a game of this scale and depth an online co-op option would truly have added to the fun. Yes, there is co-op, but as of writing this review that’s only couch co-op. And lets be honest, not many of us take our consoles to friend’s houses to play a game with them like we used to have to in the good old’ days.

Samurai Warriors 4 Empires is fun and addicting. The Conquest and Genesis modes allow for several hours of gameplay. The Edit Mode where you create your character adds to the fun, seeing your warrior fighting alongside the likes of Nobunaga Oda makes you feel great. Having them participate in cut scenes are even more enjoyable and often entertaining. The fact you can also edit your castle to affect your strengths and weaknesses of your conquest is a joy to mess around with. Changing your banners to increase percentages of your gold, supplies, or troop strength for example. Or changing your walls simply because you think it’s time to redecorate. There are tons of fun to be had with this game. But just like with most Warriors games, it can often get repetitive at times. That and the fact of the lack of online play, one might get tired of this before they finish all the conquests. All that aside, though, if you are a fan of beat ’em up type games or have never tried a Warriors Franchise game, I highly recommend picking this up. Even after writing the review I still plan to go back and play. I have three conquests to complete! Being a completionist, I plan to earn the platinum trophy for this one. It hasn’t got boring yet for this gamer. I give Samurai Warriors 4 Empires an 8.5/10. 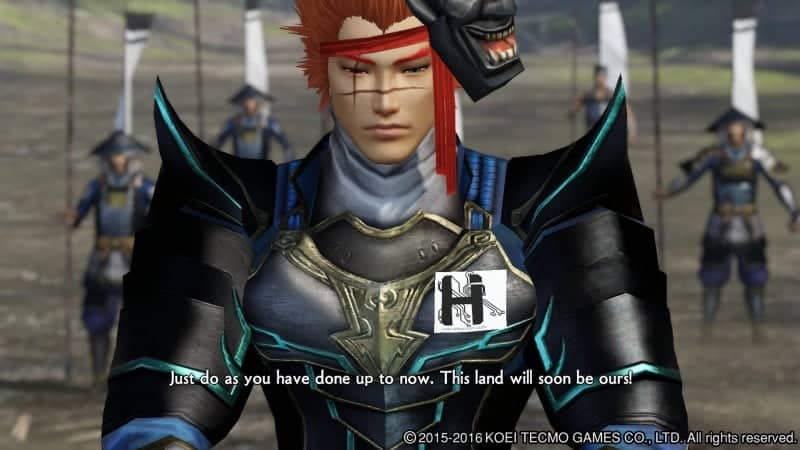 Been gaming since I was 3 years old. I beat SMB for NES when I was 3 and continued to conquer games from then on out. My favorite console of all time would have to be the SNES. My favorite game would be a tie between The Legend of Zelda: A Link to the Past and Metal Gear Solid. I used to run support for Hyperkin's Game Genie for PS3 product on their official forums. I also used to write codes for the device. I'm now with another company on another device but I haven't been as involved as I'd liked to be. Time restraints & whatnot. I hope to continue my involvement with the gaming world in any way possible. You can find me on twitter @Gaarasaiyan, on facebook at facebook.com/Gaarasaiyan, and on twitch at twitch.tv/gaarasaiyan Anything else you guys want to know, feel free to ask.
@https://twitter.com/Gaarasaiyan
Previous XSEED Celebrates 5 Years of “Trails” Saga!
Next 3DS FW 10.7 now available and what to expect