READ EVERYTHING FIRST IN THE RXTOOLS TUTORIAL AND THEN READ EVERTHING HERE BEFORE USING THE INFORMATION.

If you looking for eShop access on New 3DS emuNAND 10.5, you have come to the right place. The point of this tutorial is to get you setup for dual CFW installation. Both RXTools and ReiNAND use the same emuNAND setup. Reisyukaku has updated his popular open source New 3DS CFW to 3.2 to support 10.5 emuNAND. Let it be known if you currently have an RXTools setup and you start using ReiNAND. You will lose emuNAND access on the RXTools side (If using the nightly build). However, if you can still boot RXTools Menu to access dev tools and other options. You need to setup the RXTools Tutorial first and then comeback here. That way you will have emuNAND and FBI ready to use in ReiNAND.

This setup will allow you to have the boot manager to launch RXTools, Homebrew Launcher and ReiNAND. My boot.cfg will give you a user friendly experience and has no timeout to automatically boot into a certain option. It will even help you out with other CFWs you may want to use later on! 🙂 Enjoy my friends! 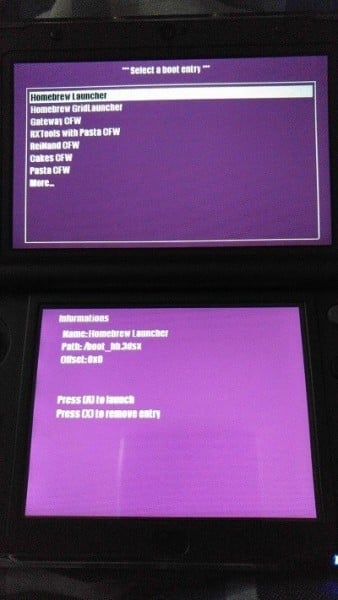 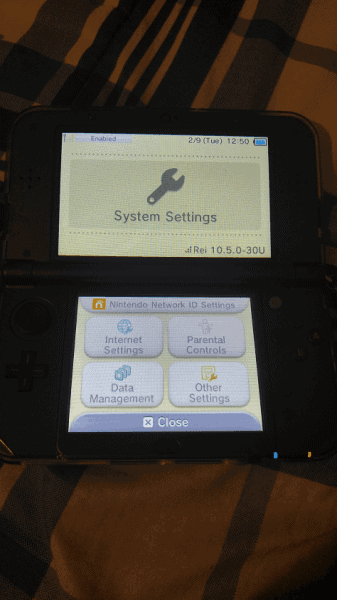 Now you have RX Tools Menu options, FBI to install cias and access to the latest emuNAND support via ReiNAND. From this point on I would recommend not updating your emuNAND past 10.3 until its confirmed to work. Last time updating emuNAND past 9.5 resulted in a non working emuNAND. I hope you have enjoyed these Gateway free solution tutorials.