Well, we know the time was coming for a new FW update for the PSVita but the PS3 I’m 50/50 on that one not much to update there really.  The PSVita & PSTV it was just a matter of time with new PS4 updates or some other things they might have to fix..cough cough..  This is from PlayStation Japan and the update looks like it has something to do with Facebook ending, which I thought that whole facebook crap was over with back in September 2015 but whatever. 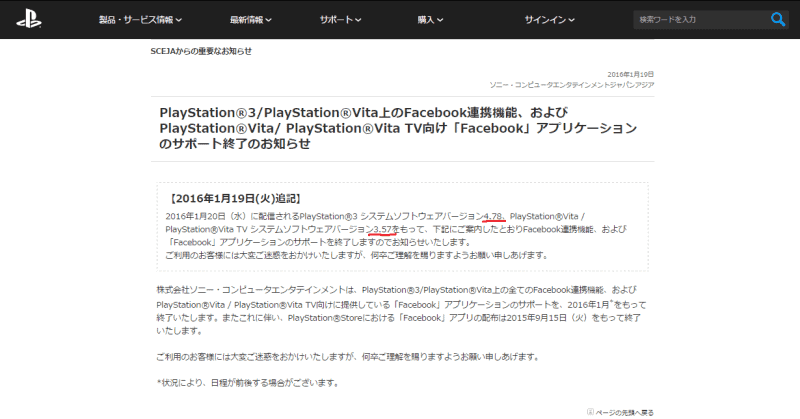 So get what you need from the store now if you plan on staying on 3.55FW as we have no idea what this new FW is going to do like always but my guess is they fixed the pboot trick and maybe the modded app.db file in the PSVita or PSTV. We will let you know what we find once its released until then have fun with your online services until the 20th on this month..