PSVita: Small update for QCMA & QCMA 2 with Android support in the works?

I know it seems quite dead in the Vita scenes but like all scenes all things do slow down and not everyone can work on projects they would like to and finish them. We all have one or two things like this, we would like to finish but shit happens sometimes.  Today we have some great news Codestation has made a small update to QCMA, which is one of my favorite tools to use on the Vita or PSTV. 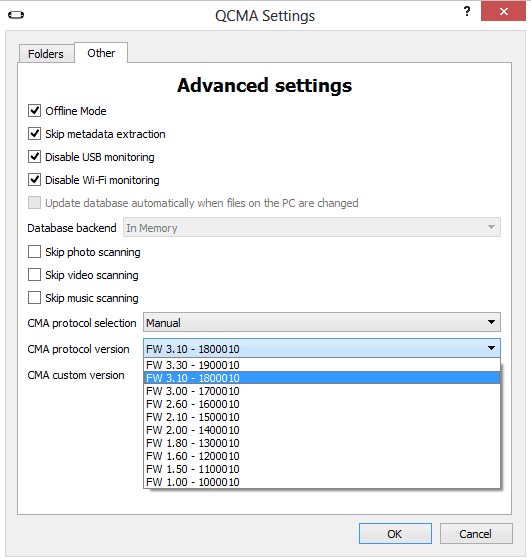 Released 0.3.10, this is a maintenance-only release with very few features:

Warning: Some users (me included) reports that full backup restores fails sometimes on FW 3.51 (but works OK on 3.55). This seems a bug on the firmware itself since it happens too with the official Sony CMA. Not sure if this affects < 3.51. Individual game backup restores seems to work fine.

What’s great about this is he talks about making a QCMA 2 and Android support but no ETA at the moment, so we will have to wait for some new features.

From now I won’t be including new features and will be only be fixing some bugs on Qcma since i lack the time to deal with this project. Also I started the Qcma2 project some months ago so hopefully, I can bring proper android support, multi account and remove the need for database rescans. There is no ETA for this one since i work on it on my free time.
Source:
Share