My thoughts on PlayStation Experience conference

Let’s have a look at this year’s conference of Sony’s annual event – PlayStation Experience. 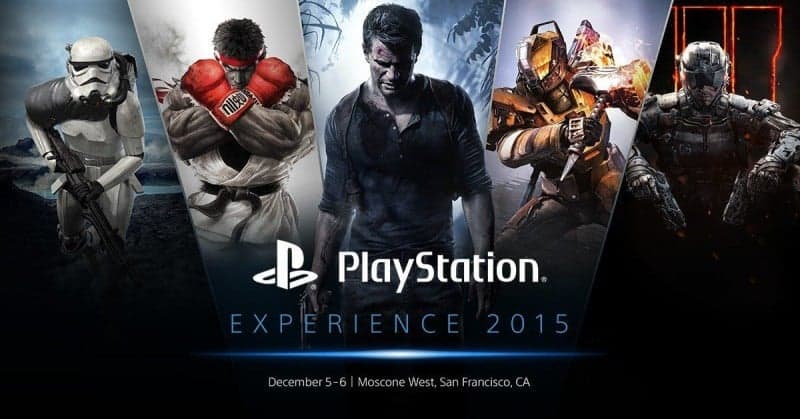 (Un)fortunately, a lot of things have changed over the year. Most notably, Sony rebranded Project Morpheus to PlayStation VR and announced a goal of Q1/Q2 2016 release.

This year’s PlayStation Experience conference was in very different from the previous one. We saw a lot of small games, which would be totally fine, if there were some big games mentioned in the meantime. Like The Last Guardian or Horizon: Zero Dawn. There was no mention of the new God of War either. Only really big showings were Uncharted 4 with dialogue options and first gameplay trailer of Final Fantasy VII Remake.

Still, there were several announcements that caught my eye. Here is my top 5 (well, technically it’s 7):

1) Yakuza 5 (Sega; PS3) & Yakuza 0 (Sega; PS4)
A year after being announced to be coming to the west, Yakuza 5 finally has an exact release date – Tuesday, December 8. Also, Yakuza 0 is coming to the west next year, which is even more thrilling, in my opinion, because Yakuza 0 came out only in spring of this year! (It took Yakuza 5 three years to be localized.) I’m just glad that Yakuza games are being localized. Where is Ishin though?

2) Brut@l (Stormcloud Games; PS4)
Brutal is based on Rogue, a legendary ASCII-interfaced dungeon crawler developed in 1980. Brutal takes Rogue to the new, three-dimensional level and it looks stunning. Brilliant idea.

3) 100ft Robot Golf (No Goblin; PS4, PS VR) & Golem (Highwire Games; PS VR)
I know it looks like I hate VR, but that’s not true, and I actually found two games that look interesting.
100ft Robot Golf is… A golf with giant robots. You will be able to fully destroy the environment.
The game won’t be VR-exclusive, but I love the idea of playing it in VR.
I also like the reported split-screen support.

Golem is mysterious. We don’t know much about it yet, except that it is being “made from the ground up for VR.”
I’m curious to see what it will have to offer, and the idea of controlling stone giant sounds cool.

5) Ni No Kuni 2: Revenant Kingdom (Level-5; PS4)
Here’s my high point of the conference. I think no one saw it coming. Previous Ni No Kuni game titled Wrath of the White Witch (enhanced version of Ni no Kuni: Dominion of the Dark Djinn) was
highly critically acclaimed, and it’s also famous for being co-made by Japanese Studio Ghibli.
Despite reportedly not being involved in the development of Ni No Kuni 2, the spirit of Studio Ghibli is still strong within the game from what we could’ve seen so far, as the game is being made in the same artstyle.
That being said, Revenant Kingdom looks totally gorgeous.

I also like that Bastion was finally released for PS Vita during the conference. Death’s Gambit looks like it could be fun. An SNK fighting game The Last Blade 2 is being ported to PS4 and PS Vita – the more fighting games, the better. Don’t Starve is coming to PS4 with split-screen supports, that’s neat.

Of course, it could be expected that Sony would focus on PlayStation VR with only a few months left until the release, but in the end, they showed a bunch of generic, unimaginative minigames. Not mentioning how boring the live demonstration was.

As for non-VR games, it was a disaster too. Nothing great. Although fans reacted well to Uncharted and Final Fantasy VII news, there was no other greatness awaiting them. Well, it’s truth that new Fat Princess Adventures was released, Ratchet and Clank has a new gameplay trailer and a release date, we saw a new MOBA Paragon, some good and bad indies… But what about some big (preferably first-party) titles?

For me, that’s not enough. After strong conferences where I was barely breathing because there was one epic game after another, Sony came with this unexciting conference at its own event. Maybe they shouldn’t have started with Uncharted 4 and Final Fantasy VII, because after these two, it could only get smaller (with the exception of Ni No Kuni 2).
Let’s hope they’re saving something for E3.

I’m starting to worry that Sony jumped on this VR train too early. If what we could see yesterday is all they have to offer at launch, it could be pretty bad for them. I’m not as pessimistic as some people who say that VR will be another PS Vita or PS Move though. Sony can’t let that happen.

My inner Vita fanboy is not disappointed, I’m actually surprised they showed us Vita. Moreover they said its name loud and even announced several games for it. Above Sony’s standards.

That said, PSX conference left a bittersweet immersion on me. It definitely had its moments, but it was weaker than anything we’ve seen this year from Sony, primarily for the lack of big games, awkward VR presentation and bad pacing. I expect more from you, Sony!