Made in collaboration with Omega Force – the masters of the of 1 VS 1000000 formula, this title marks the continuation of a growing trend where famous Japanese video game publishers allow their treasured franchises to undergo a Dynasty Warriors makeover – a good sign for all gamers! (Zelda Musou) 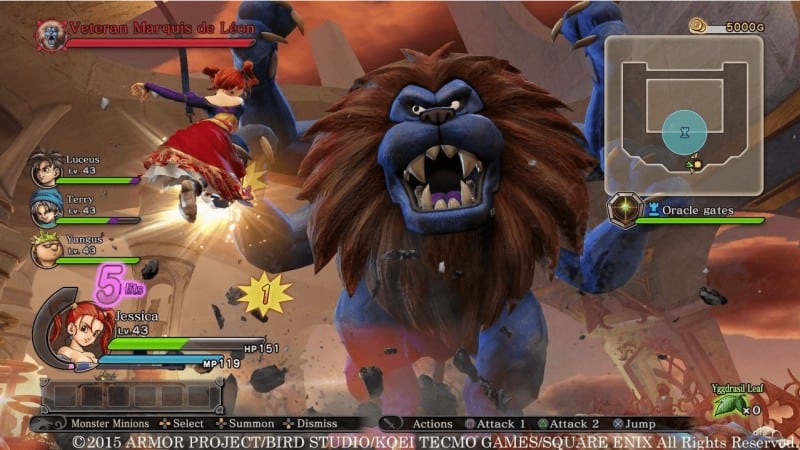 The story revolves around 4 Heroes and their quest to protect the Kingdom of Elsarze: Acht – Captain of the Royal Guards and the classic DraQue Male protagonist, Mehr – the female counterpart to Acht with quick rapier attacks, Dirk – a King who confronts threats with massive physical strength, and Julietta – Mage extraordinaire with the whole DraQue magic repertoire up her sleeves. 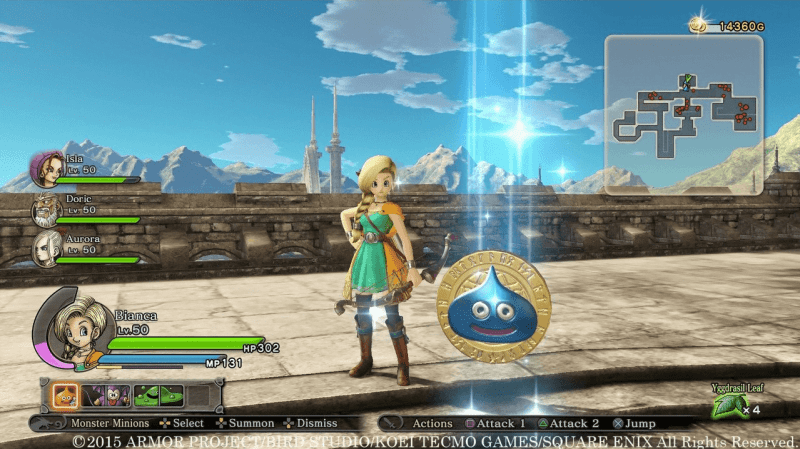 Once a peaceful place where monsters and mankind co-existed in harmony, an unforeseen event has caused the monsters to attack in droves, and these heroes must band together in the face of such adversity, Musou style! 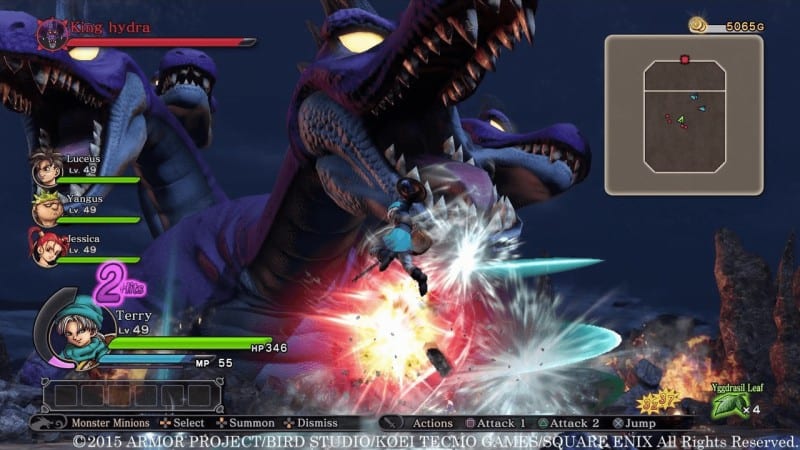 As with all Musou style games, the sheer number of foes on-screen has always been an impressive thing; inDragon Quest Heroes, enemies come in the form of the classic DQ bestiary, with Drakees, Golems, Skeletons, Mages, and SLIMES.

There are also famous boss characters such as the titular Dragon, the cyclops Gigantes, and other iconic bosses from previous DQ games like Marquis de Leon aka King Leo! As such, each boss is done to scale, and will have their special moves intact. 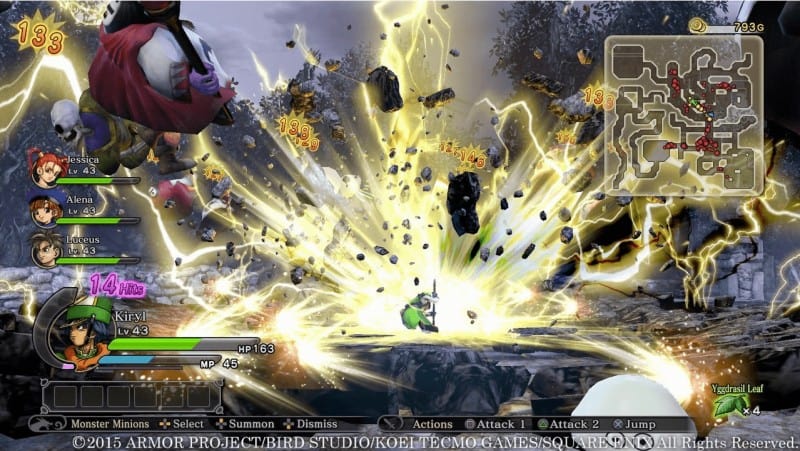 Omega Force takes respect to the source material even further, as it has been revealed that players will be able to select previous heroes and fan favorites from previous titles as well; extra playable characters like Bianca, Nera, Jessica, Yangus, Terry, Alena, Kiryl, and Meena! There has also been extra care in bringing about RPG elements of Dragon Quest, from stat management, min/maxing, and even alchelmy and enchantments.

Of course, all the art is based on Akira Toriyama’s signature style, and the music will be based on the complex scores of series staple Kōichi Sugiyama.We’ve waited for this title for some time to drop in the West, and finally it’s here!

Pre-Orders for Dragon Quest Heroes: The World Tree’s Woe and the Blight Below (Day One Edition) includes:

I like to get everyone the right info and I like to help others get the most from there electronic devices. I enjoy playful cleverness and the exploration of technology. My Motto: You own it, you can do whatever you want with it.
Previous 3DS CFW Autoboot with HomeMenuHax and CtrBootManager
Next How to get PS3 remote play working on the PlayStation TV