Nintendo released a new 3DS Firmware 10.1 and blocks a few exploits. For a minute it seemed that Nintendo didn’t care about these exploits, unlike Sony as every little thing gets patched. 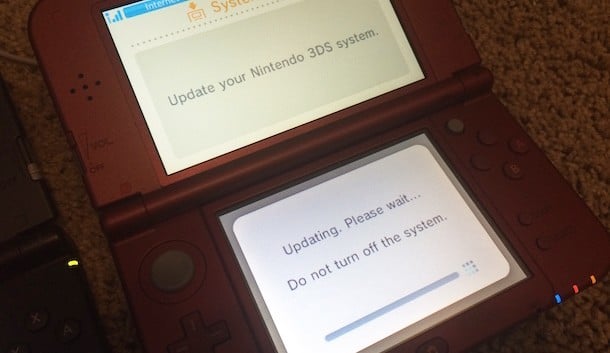 Further improvements to overall system stability, system security and other minor adjustments have been made to enhance the user’s experience.

10.1 is out, going to check it out. looks like it might break stuff (at least temporarily), so DO NOT UPDATE !

ok i'm on 10.1 and rocking ninjhax 2.0 so no problem. i just need to update all the payloads and it'll be fine. will try to do that soon.

As you can read oot3dhax/Ironhax/Smashhax are not compatible with this new firmware for the moment. Smealum updated the Tubehax payload so it would work with 10.1 and he is going to update the other hax soon too. Ninjhax still seems to work fine also.

If you are a oot3dhax user or Ironhax user please note that you will have to reinstall the payload so do NOT update to 10.1 yet. Please wait until the updated Payload for 10.1 are released. If you already updated, it’s not that much of a problem. You will just have to use Tubehax or Smashhax to install the Payload to oot3dhax or Ironhax.