Hello from the Attack on Titan universe fellow gamers and AoT enthusiasts. I happened upon the first of the two live action movies that were made of Attack on Titan so I thought I would throw out my two cents on it. 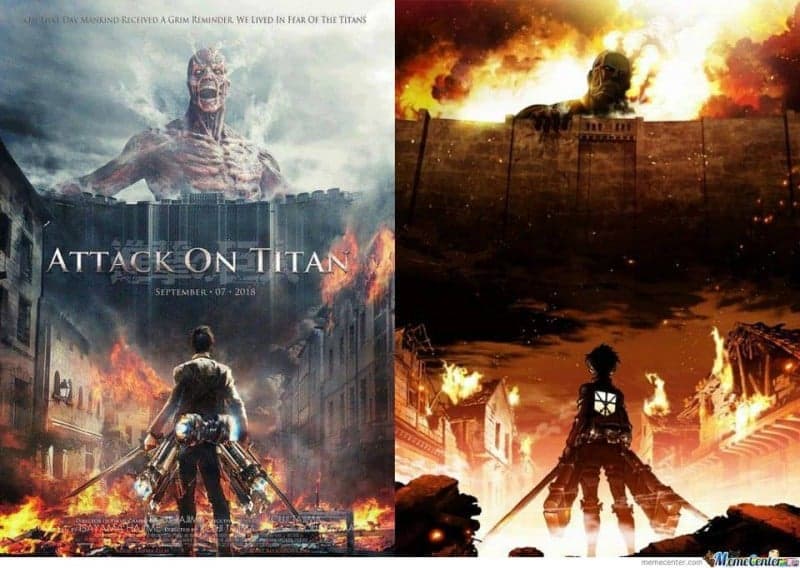 I was excited about this from the moment I heard about it even though a lot of my friends were skeptical. I mean, how can you really screw up a movie based on such an amazing show and manga? Well, I’ve heard mixed things about it so I found out for myself. I have to say I was thoroughly impressed. Before I go any farther please remember this is my opinion and I love AoT so I was probably bound to like the movie unless they pulled a Dragonball Evolution on me, which they didn’t. 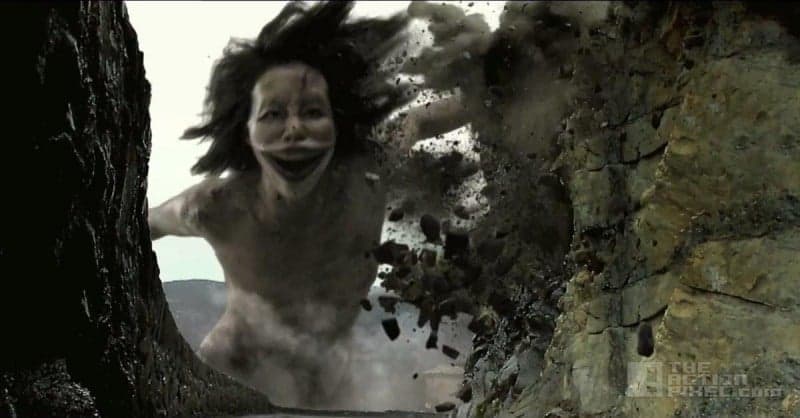 From the moment this movie started I knew it would not follow the other iterations exactly. Seriously, do you really expect them to encapsulate an entire manga series in two movies? They would be extremely hard pressed to get the first half of the first season of anime in two movies. So I had every expectation that things would be crunched and a lot of the bs would be skipped. It was.

They didn’t change the story a whole lot. They obviously had to add some romance and love interests into it and there were a few things from the story that were changed. Nothing extremely drastic was left out or just changed altogether. Eren was Eren and Mikasa and Armin were themselves. They did make Mikasa weak at the beginning and something happened to “toughen” her up. 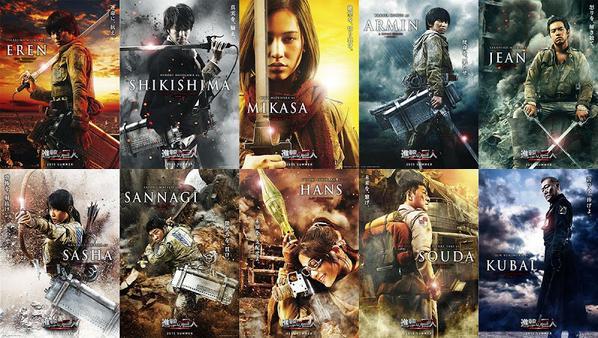 I have to tell you that when that Colossus Titan showed up I was shaking. They reeled me in hook, line and sinker. The biggest change to the story, for me, was that they didn’t go outside the walls. The scout regiment didn’t exist at all in the first movie. No one had actually seen a Titan in a long time, according to Eren. 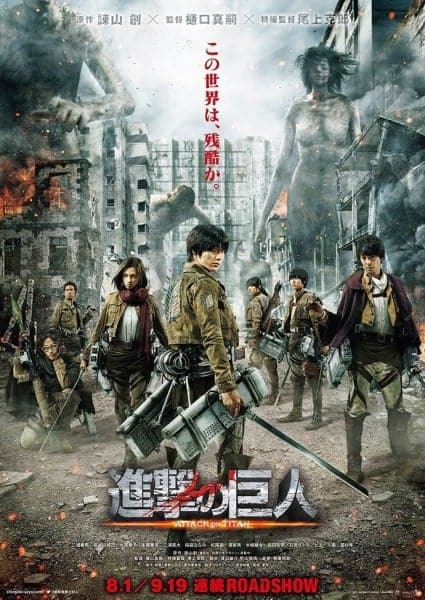 You know me, I’m not here for long reviews. I have friends that refuse to watch it and I have friends that can’t wait to see what it’s like. I will tell you after seeing the first one I can’t wait for the second where I get to see Eren tear some stuff up as a Titan. When he turned into a Titan I was floored, as I should be.

If you’ve never read the manga or watched the anime then you’ll certainly enjoy this movie as it’s quite exciting and very realistic. If you’ve seen it all and read it all you may still very well be impressed, as I was, or you could hate it and not understand how they made such a piece of crap.

I guarantee if you’ve never experienced AoT and you watch it, you’ll be driven to see the anime or read the manga! I don’t want to spoil much for those of you that know nothing or even for those like me. I was absolutely astonished and I think you will be too as long as you keep an open mind and stick with the fact that it’s a film, not anime.

Overall, as a film adaptation I give this a 9/10 for the stunning visual effects of the Titans alone. Strictly as a stand-alone movie, prob a 7/10. Either way it’s a must see! I will give you my opinion on the second film when I get time to watch it!

Thanks for checking this out and as always… HAPPY GAMING!!!