Reversing PS4 Camera with the Webkit and more

Just recently you heard about the PS4 executing unsigned code from CTurt which you can read about that here. Well today developer Bigboss (aka psxdev on twitter) has made some really good progress with the PS4 camera and the webkit. 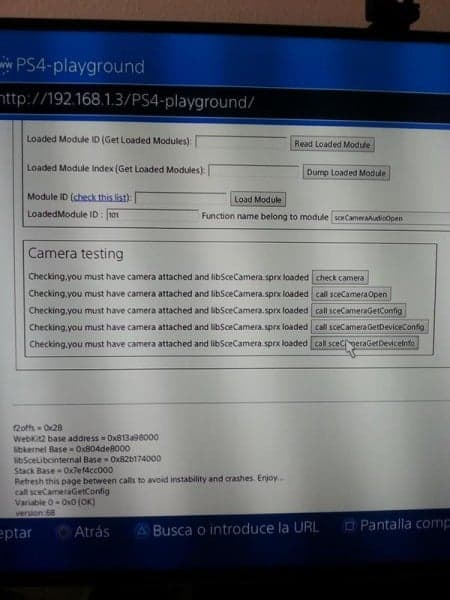 Now let’s take a look back on his progress, as he has been working on the PS4 camera since 2013 and since there is no public/free drivers he had to reverse engineer it. Last year in 2014 he released the first public PS4 camera driver and here’s a quote from that release.

Enjoy and remember the best is yet to come….

Well he didn’t stop there with this project, he just kept on moving forward for it. In February of 2015 he released even more information about the PS4 camera’s chip set, video modes and audio.

Today psxdev released the reversing sceLibCamera via the Webkit. The next step in this project is to incorporated into the PS4 SDK for future use in homebrew development.

Now if you interested in any of Bigboss’s work on the PS4 Camera, I recommend checking out this blog here and check out this GitHub output.txt of the PS4 webkit controlling the PS4 Camera here.

Like psxdev says the best is the yet to come..

I like to get everyone the right info and I like to help others get the most from there electronic devices. I enjoy playful cleverness and the exploration of technology. My Motto: You own it, you can do whatever you want with it.
Previous Spoof your CFW PS3 with your PSP PSID to get back online
Next PSVita: SMSPlusVita updated – Revitalize Edition