Today is a great day to have rejuvenate on your PSVita, as developer Smoke has released a updated version of NESVita. 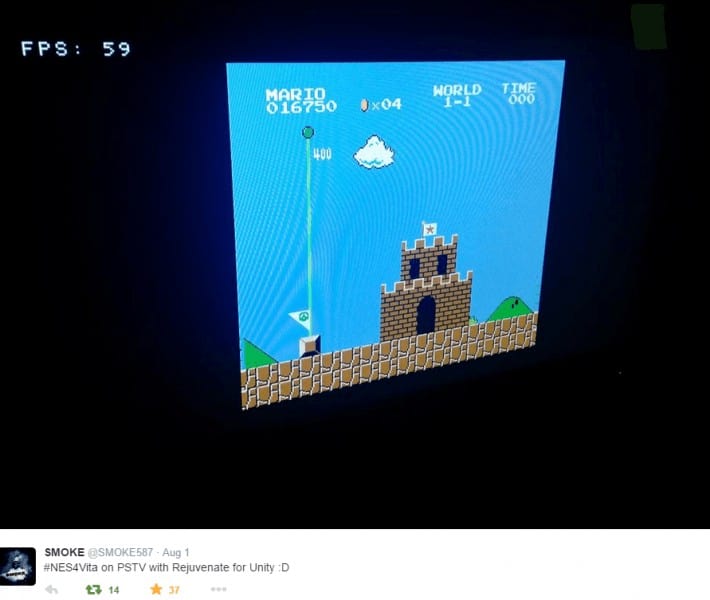 Now there still no sound for NES4Vita, but Smoke and others have been quite busy getting other things ready. (like Rejuvenate for Unity and much more)

So what has he fixed with this release here’s what Smoke had to say.

Since I’m not getting very far with private testing, I’ve decided to release NES4Vita to the public. To install roms: FTP roms to cache0:VitaDefilerClient/Documents/ They can be in a subfolder if you wish. If you find a bug, send me a DM on Twitter @Smoke587

So, how do use it? Just transfer your rom to cache0:/VitaDefilerClient/Documents/ using FTPVita. The rom name doesn’t matter because there’s a file chooser, so just stick them anywhere in /Documents and then navigate to it. After that, run NES4Vita.elf by dropping it on run_homebrew.bat.

If you like Smokes work and any of the other things he’s done for the scene you can donate to him here.

I like to get everyone the right info and I like to help others get the most from there electronic devices. I enjoy playful cleverness and the exploration of technology. My Motto: You own it, you can do whatever you want with it.
@HackInformer
Previous [Review] n++ for Playstation 4 by Metanet Software!
Next [Review] YACReader for PC and iOS