Review time!!! Today I have a review for a fun, yest frustrating game for the Playstation 4 called n++. First, I’ll let you see what the developers have to say about it…

“Developed in Toronto by Metanet Software (N, N+) and RSBLSB (Dyad), N++ (“N PLUS PLUS”) is the final and definitive iteration of the series which helped to usher in the modern era of hardcore running and jumping.

In this fast-paced, action-packed puzzle platformer set in the distant 2D future, you play as a ninja — darting through obstacles, narrowly evading a slew of inadvertently homicidal enemy robots, and collecting gold in a minimalist, sci-fi world. You know, traditional ninja stuff.

N++ takes the fluid and exhilarating movement you would expect from the series, and makes it even smoother and more dynamic; it’s like butter, if butter ran at 1080p/60fps. And it’s just as delicious.

With over 1000 new levels and a host of new enemies hungry to destroy you, N++ may be the most intense platforming challenge ever created. It may also be the most stylish: the colourful new visual aesthetic — in collaboration with graphic designer MASA — means that even as you weep openly in defeat, your eyes will bask in the visual splendor which only immaculately anti-aliased vector graphics can provide.

Team up with a friend in the even-harder-than-singleplayer co-op mode, or compete with up to four friends in frenetic Race competitive mode. Things start medium-easy and gradually develop into very, very, very hard. Literally.

Create and share levels with your friends and the rest of the world, thanks to a built-in level editor and global level database, or compete on leaderboards and in special weekly challenges.”

Now, for my opinion of n++. As far as games go, this one ranks about in the middle for me. It’s very fun and challenging. At times you may even need another controller and possibly a new TV as this is a game that can either make you rage-quit or break stuff. You start out just being shown the basics. The controls are quite simple as you just jump and move around. It sounds rather simple, but it isn’t. 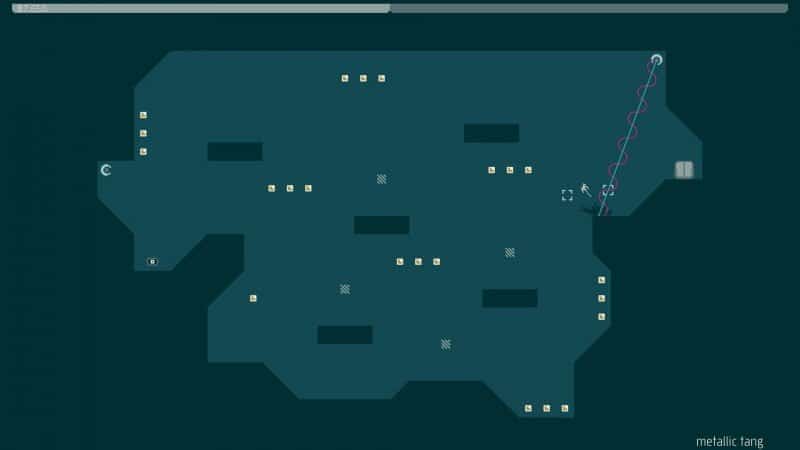 There is a switch and a door in every room. You must touch the switch to open the door and sometimes that’s easier said than done. The gold cubes give you more time but it isn’t necessary to collect them to complete a level. There are red spikey things that will make you explode into a million pieces in the first levels and as you progress there are lots of other things to kill you.

One of the funniest things I’ve done is walk across a springboard and be hurled into the ceiling to become a red spot dripping down. LOL I got really mad at times playing this and I laughed a lot too. Depending on your style of gaming you will either have a lot of fun with this game or you will hate it and break things. 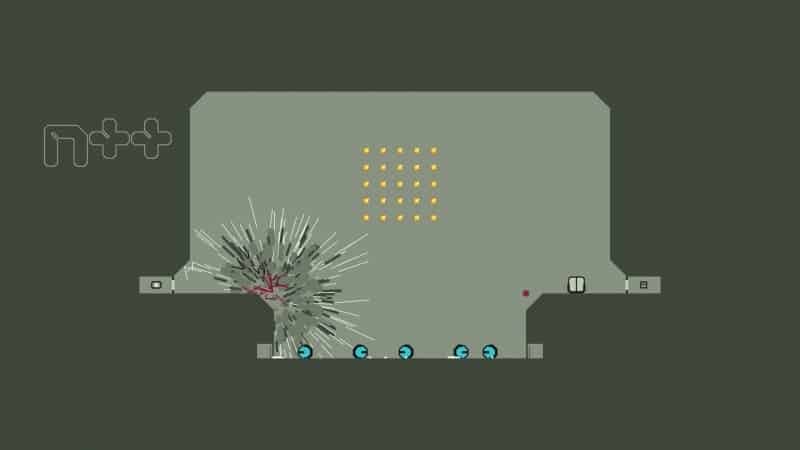 There isn’t a lot to the graphics as you are a stick man ninja. The n++ creators did give us some really cool death animation which adds a good, and sometimes funny, reason to die.

There is cooperative and competitive multiplayer for this game. I don’t do much multiplayer gaming so I haven’t given it a shot yet but I can certainly say that if it’s anything like the solo play it will be even more fun and more rage-quit-inducing! 😀 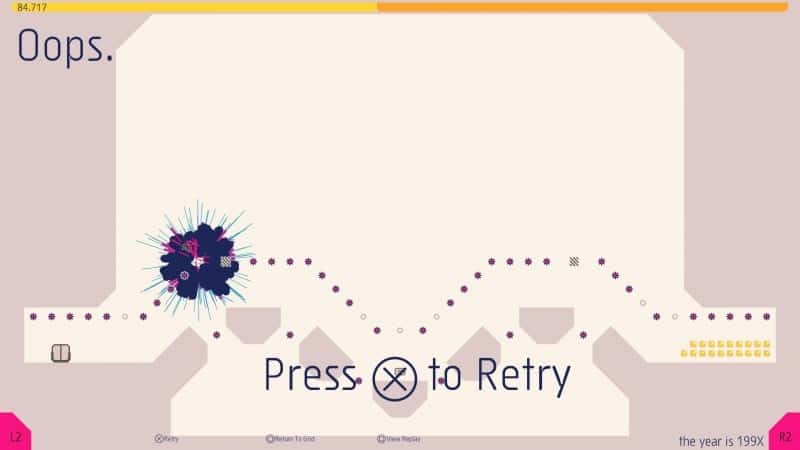 All in all this game is, in my opinion, a 6/10 but a good 6/10 if that makes sense. The one thing that very much detracts from this game is the price. While I understand there are A LOT of levels to it, along with a level creator, and they put a lot of time into developing it I’m sure, a price tag of $19.99 seems a little steep in my opinion. With that said, I have had a lot of fun playing this game. It’s very challenging and can frustrate you to no end but the satisfaction you get when you finally finish that level is wonderful!

Thanks for reading and as always… Happy Gaming!!