Rejuvenate, the future of Vita hacking and YifanLu leaving us 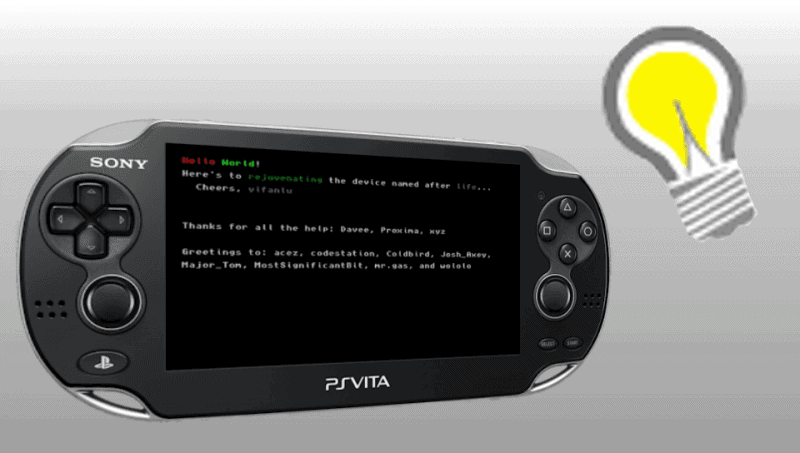 So, it’s been nearly a month now since we got our native Vita Hack everyone was wanting so badly. Today I want to talk a little bit about the state of things right now and the fact Yifanlu leaving us…

At first I really want to point this out again:
Rejuvenate is for devs and everyone a little bit interested in how it works only. Not for end users and pirates as of now!

State of things and the future of Rejuvenate

Since Rejuvenate always needs a PC to start it’s not really going to be something to play Homebrews on-the-go as with the PSP for example. It is more like the first deeper-going entrypoint to learn about the system, to find more vulnerabilities in the future and to get Homebrew devs/hackers interested in the first place. As we all know, the Vita is a very well protected piece of device (Sony obviously learned from the PSP and PS3).

Anyways, after this one month we already got a working SDK and even Homebrew Emulators running. That is really great and I already saw some of those people from earlier times of the PSP scene lurking around. I myself am no dev and my programming skills are more or less minimalistic but I loved to play around with the SDK and some sample code to run on my Vita. 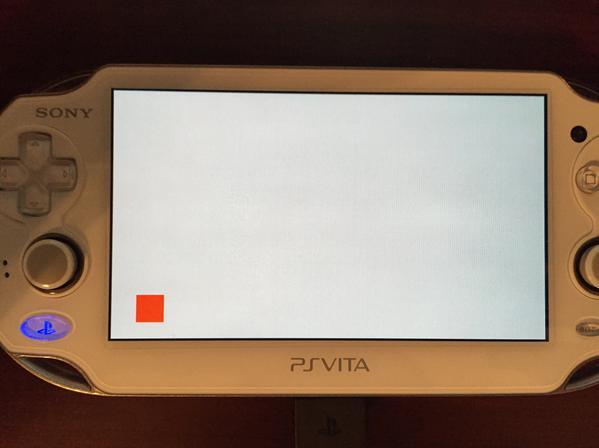 And exactly that is the point of Rejuvenate in my opinion. Who knows where we would be now if Yifanlu would have released this in 2012 already? He did an amazing job setting up everything and made all of this possible. So lets see this as the start to something big..

But for now it’s still easier to stick with the ePSP goodies if you simply want to play some gameboy games on your Vita..

There’s still a lot more to be discussed and dealt with. For example, the format of how hombrews should be packed and handled (join the discussion on wololo.net/talk).

Since all this is new territory for everyone, a lot of different ideas/solutions are around and so are arguments and different concepts.

And that’s one of the reasons why Yifanlu recently voiced his frustrations as he might be too caring about this kind of stuff. After hgoel presented his own version of yet another a Usermode Loader (VHL) (we talked about this earlier here) Yifanlu made a decision.

I’m leaving the scene. I am tired of all of this.

I know it’s arrogant to assume I am the shepherd but for the last three years people have constantly asked me for help and then ignored what I said. They make me the leader–first unwillingly, then begrudgingly–and then refuse to be led.

I’m going to continue my arrogance: I’ve spent three years looking at the Vita, the file formats, and everything. I know how it works better than most people outside of Sony. The code you see is based on hundreds of iterations and fixing failures. The competition does nothing but give the illusion that two projects are all “just code” whereas UVL was written with in depth knowledge of the Vita.

And to be honest, he might be right. Why do we have 2 SDKs already and need different Loaders if all we can do now is run some homebrew? Lets not let this become like Nintendo’s scene where everyone needs to build their own Custom Firmware for credit instead of uniting and creating something greater!! This is a common problem and here’s a good write-up from the iOS scene, which Yifanlu pointed out in his statement.

Within the next weeks PSM+ should be available to everyone and the best thing is: Even after the official PSM support sides Sony is closed down, we will still be able to generate new license files and use this exploit on Firmware 3.51 and below.

Furthermore you might have heard that the Unity Dev Assistant contains the very same exploit to run UVLoader. What this means in the first place is, that the PSTV can run rejuvenate after all but additionally its also a better solution for running homebrew because it opereates over wifi.

So if you haven’t installed the Unity App yet, this tutorial is for you!

A view in the future!?

What happens next? When is the CFW ready? I want to play I$0Z!!

All this may just be speculation but we might see some cool tricks by Major_Tom and Mr. Gas, like the PSTV whitelist and maybe a method to dump from the file system soon. The last part would lead to everyone being able to install PKGs for firmwares above 3.20. Also custom themes could be a big topic for some of you.

More tricks might come up with this memcard writing trick, stay tuned 🙂

More speculative might be a Kernel exploit and first kernel research going on which really could end with a Custom Firmware. But even if so, it most likely won’t get released in the near future. (Also due to the piracy aspect) But that’s a way different topic you can argue about. I, myself, think it would boost the sales again. Additionally, sooner or later it happens to every single system anyway..

But for the near future we most likely will see a VHBL-like Hombrew Loader with a nice looking menu, exit function and everything needed. Click

139menu in progress (name may change)

If then someday it happens that someone may find a new usermode exploit, we should be able to port Yifans UVLoader, and everything coming out of it, over to a new firmware and the cat mouse game (we all know from PSP Game Exploits) goes on..

But that’s very unlikely to happen in the near future as well. So you’d better stick with firmware 3.51 or lower for now. 😉

Btw, me quitting == after what I promised, I’m not going to work on these projects anymore and I’m no longer going to provide support and implementation advice for stuff. However, I’m still open to answering vita related questions and stuff. -yifanlu