A new grip adding L2/R2 triggers to PS Vita was released a week ago. Today, I bring you the first English interview with its creators – a Japanese company JOETSU Electronics.

You may remember that I talked about the L2/R2 grip in March. After that, I contacted Joetsu Electronics to interview them. To my surprise, they responded. The person who was willingly answering my questions was Hideki Fujikawa. We’ve talked for several weeks. Then this interview was a bit delayed because of the Golden Week. Anyway, here it is.

What can you tell me about the company?
Our company is an electronic equipment manufacturer, established in 1986. We mainly design and develop electronic circuit card, LED for plant culture, overtake lights for SUPER FORMULA (FORMULA JAPAN).

What is your position at JOETSU Electronics?
I am a director of management division at our company. However, I also work across company department, such as this grip.

Is this the first time your company is making something that is related to video games?
Remember SEGA SATURN was launched 20 years ago? Do you know that V-Saturn, a compatible machine, was released at same time? That was sold by JVC and our company was manufacturing that machine. So it means this is the second time [for us] to work on game-related products. 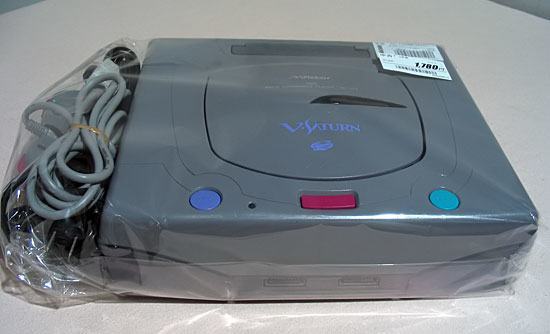 Why did you decide to make this L2/R2 grip?
Because I wanted it! I frequently play PS4 remote play and had been waiting for this kind of grip, but no manufacturer was going to release it. Then I started to think I should create what I exactly want and undertook development of this grip.

The grip only for PS Vita 2000. Why? Do you plan to make one for PS Vita 1000 too?
Because developing two different kinds of products cost both more time and money, so we decided to produce only for PCH-2000 this time. We are willing to manufacture one for PCH-1000, but we’re going to determine if we do after checking sales and user’s voice.

So the grip could be easily made for the model 1000?
Through trials and errors making the grip for PCH-2000, it’s not going to be that hard to make one for PCH-1000. Although we haven’t decided to release it at this moment, it wouldn’t take for a long time if we start to produce. 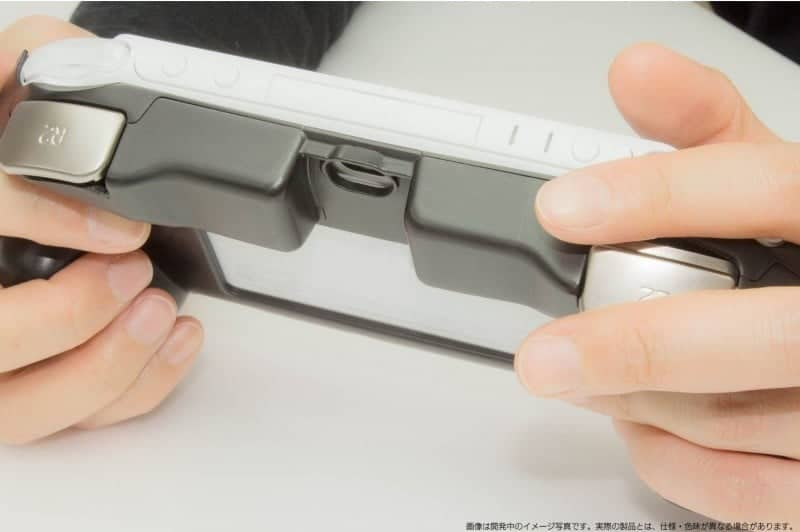 Will you release the grip in the west?
We’d definitely like to, but exact time to release has not been decided yet. Now we are preparing for the launch in Japan and need a little more time to think about foreign market.
Note: “Now” refers to April 28, which was two days before the release. At the moment, the grip is already accessible in the stores.

Do you think you’ll be making more accessories for PS Vita or other handhelds in the future?
We would like to if we have a chance, but we are not big name as a peripheral manufacturer and are no match for big manufacturers if we release just protection films. So if we make more accessories, they would be unique and original like “the L2/R2 Trigger Grip for PlayStation Vita OCH-2000”.
Note: Hideki said ““the L2/R2 Trigger Grip for PlayStation Vita OCH-2000”” because that’s what I called the grip the first time I contacted JOETSU Electronics.

Do you know how the mystery port, which is on PS Vita 1000, works?
I have no idea…It will be mysterious port forever unless SCE reveals.

You said you frequently play PS4 remote play, do you also play PS Vita games?
Yes, every day! I love games and very often check both Japanese and foreign games that I’m interested in.

What are your favourite PS Vita and PS4 games?
About PS Vita games, I love “GRAVITY RUSH” the best! Music and world view is just amazing, and moving anywhere in the sky was very impressive and surprising. Also Kat is very cute! I can’t find that many games that is fun, just manipulating a main character. That’s why I love this game a lot! About PS4 game, I love “ infamous Second Son”. I liked the process of gaining various abilities which make me able to experience something new. It was very hard for me to find a timing to quit game. Also I loved to fly through the realistic city…Oh, it was almost same reason as “GRAVITY RUSH”. 🙂 Of course, story was great. Both good and evil stories interested me, and fraternal love with Reggie was also wonderful! 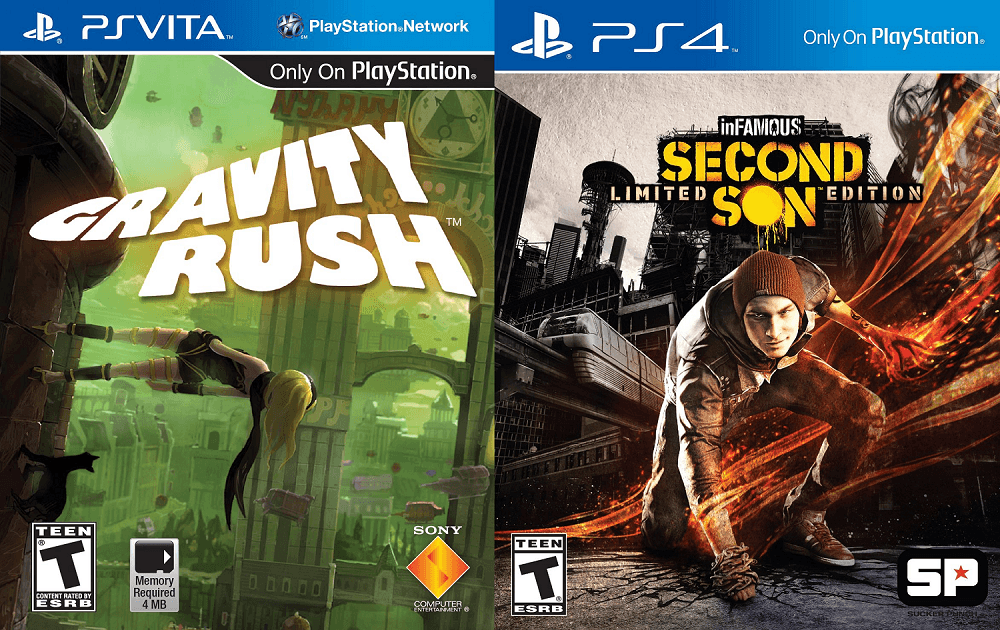 How do you feel about modders/hackers?
I think they are free to do anything and should enjoy as long as they don’t offend against the law, although I don’t want to hack or modify in person. I think it is a wrong thing to contradict them without hearing their voices because some problems can be solved by them. But incidents that cause game makers and players disadvantage and troubles are going around, so I wish an environment everyone can play games with security.

Thank you for doing this interview with me. I wish you and the company best of luck in the future.
Thank you very much. We’ll keep trying to produce new accessories for games!

I want to thank again Hideki Fujikawa from JOETSU Electronics for participating in this interview. It was a great experience.
Also, our very own darkamon will be reviewing the L2/R2 grip, once Italian customs office lets it through.

If you want to buy the L2/R2 grip, it’s available in most major Japanese stores, including Amazon JP, PlayAsia or AmiAmi, in black and white.

That’s everything from me – Dessel. If you have any questions/comments, feel free to contact me.