KanadeEngel, has announced that he will release a new exploit for firmware 3.18 on August 8th. Now this exploit will not come with a Kexploit (it might be able to load TN-V or ARK later on) it is very similar to the Cubixx exploit which can only execute small code, like a hello world or pong.

There are the download files for Zettai Hero Project..

KanadeEngel has said he get the same results that the Cubixx exploit did. (he starts the Hello World VHBL but it does not start)

So does this mean it’s not a good exploit to pick up?  I say grab it because you never know it could get fixed, like many other exploits have in the past. Plus most exploit can trigger a kernel exploit, its just how stable is it going to be if anyone remembers king of pool. What a headache that exploit was in the beginning.  With that all said and done, I would pick it up and hang on to it. Because you never know it could be the one but for now we have to sit back and wait for the release Thanks too KanadeEngel..

There are the download files for Zettai Hero Project.. 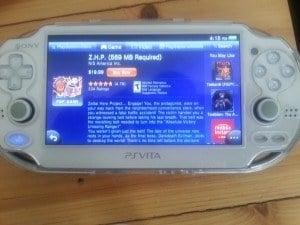 I like to get everyone the right info and I like to help others get the most from there electronic devices. I enjoy playful cleverness and the exploration of technology. My Motto: You own it, you can do whatever you want with it.
Previous My dusty PS4 vs FW 1.75
Next PSVita Firmware 3.15 running ARK 2.0 eCFW