A few weeks ago, hakchi was released for the NES mini. Hakchi lets you add more games to your NES mini in a every easy to use interface via your PC. With the first release of hacki, we could only add about 60 games with the 30 that were already installed on the system. Others were reporting getting more than 90 games in it but now with this newest update that’s all water under the bridge. 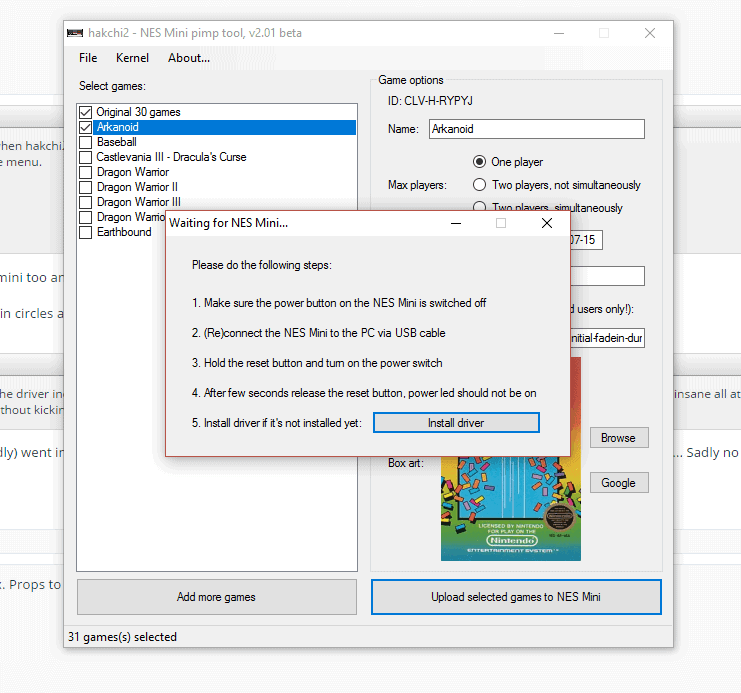 With the newest update 2.11 there are no more game limits and so far over 600+ roms have been tested with this new update. It also supports folders & pages that it will automatically create and sort games alphabetically. Now in the video below you can see that everything is working fine with 655 games and there are no errors. As of last night when the new update got pushed some people were reporting errors but since then everything has been fixed and working fine.

Now it only has 512mb of free space that you can use on the NES mini and would say you could probably get well over 800 roms into it before damaging it. Also always make sure to backup the original kernel before making any changes to it.

If you are still looking for an NES mini you can always check out brickseek.com to see if any are in stock near you.

Just like to say thanks to dujuandrock on twitter for pointing out this latest update for hackhi.