We’ve mentioned a few weeks ago another PS4 exploit was disclosed by psvita scene developer Thefl0w0 and we’ve mentioned for those of you that have a PS4 on FW7.55 or below, it would be a good time to stay there since the exploit is reported to work all the way up to FW7.55. 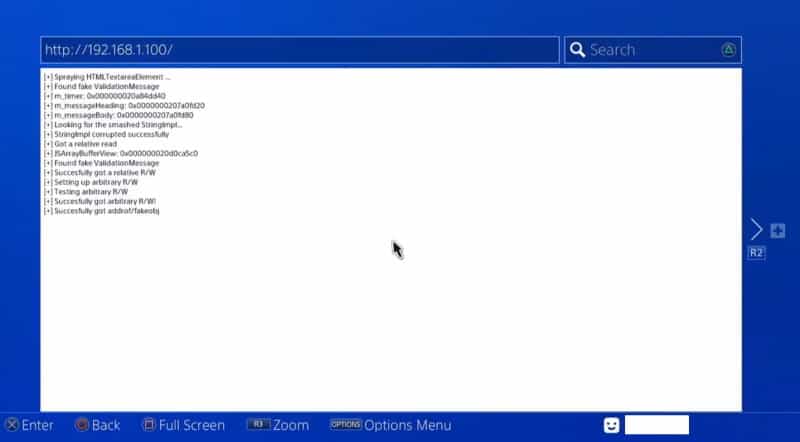 Developer sleirsgoevy has utilized TheFlow’s hints and has just released the exploit to work on FW 7.55. Of course, like any new released there’s still a lot of work ahead. As Mira/HEN still needs to be ported over and all the other tools previous firmware can use. So if you’re on firmware 5.05, it’s not recommended to update to FW7.55. It’s best to wait until they’re done fine polishing everything, so it can work just as well as previous exploits do on lower firmware.

7.55 is working
And Payloads are being
(Ported/ Fix) Over

For now, anybody using previous exploits for lower FW stay there. It’s NOT recommended to update at this time. In the meantime anyone else on firmware 7.55 it’s go time as your wait was not in vain. So DO NOT UPDATE stay where you are on FW7.55 if you want to use these new exploits. For everybody else on higher FW, we’re just going to have to wait for another chance at a new exploit but for now, things are looking really good for FW7.55 thanks to everyone involved.

Lucky at first try 🙂
After exploit, payload injection and then You're all set.
Test in 7.50. pic.twitter.com/5eTdj43gtn

I like to get everyone the right info and I like to help others get the most from there electronic devices. I enjoy playful cleverness and the exploration of technology. My Motto: You own it, you can do whatever you want with it.
Previous Hakchi2 CE 3.9.x Released
Next Update: Mira ported to new PS4 FW 7.55 exploit…