I believe it was Willy Wonka who sang, “Come with me and you’ll be in a world of higher definition.” Okay, well, obviously not, but he was headed the right direction. Let me be your Willy Wonka and take you back to the early 2000’s. We’re going to be covering the HDMI Video Adapter from Chimeric Systems. Is it better than the competitors in terms of video, build quality, and overall implementation? We’re going to find out.

‘Tired of the green wavy lines and poor video you tend to get with the other adapters? You dont have to worry about that here, our adapter has no such issue! This is an external video adapter for the original xbox. It converts the component video of the xbox to HDMI.’

Yes, it’s much more expensive than the Pound HDMI Link cable, the first HDMI option to hit the market. But you’ll find that the value is there for other reasons. The fact that they have integrated a conversion chip to allow the digital audio to be passed to HDMI is incredible. The Chimeric Systems solution isn’t just for people wanting to hook their OG XBOX to their modern TV and get the best fidelity and lag-free solution out of it. It’s also for those who have a need to get the digital audio out properly represented without extra cables. This means you can have your surround sound quality audio with just ONE cord coming from the XBOX. And since the solution we reviewed here today also doesn’t require a power source like the Pound solution, you have even fewer cords to worry about. So you’re not only paying $20 more for simplicity, but you’re also getting more features. It’s a no brainer if you want these extra features. If you’re just looking for a quick solution to getting your XBOX hooked up to your HDTV real quick for some minor gaming every now and again, feel free to get the Pound solution. It does look better than the standard AV because after all, the Snozberries taste like Snozberries!

Chimeric Systems wanted me to let you all know some additional points here. Currently, they have a week lead time on these products. This is presumably because they make them once one is ordered. They assured me that they were working on ways to get the products out the door faster to you. This also includes carrying more stock as in the past people would have to get their hands on these only when the opportunity arose. Not that this is a bad method, but Chimeric Systems understands demand is high and is working to remedy the situation. Also, they have a new revision coming of the HDMI video adapter for XBOX that includes an optional Toslink port. This means if you want, you can add an optical audio out cable to your XBOX set up and get a direct audio out to surround sound or what have you. The last note that they wanted me to share was the news that they’ll soon be upgrading their website to a new one. So stay tuned here as we’ll keep you in the loop on when these things have come to fruition! 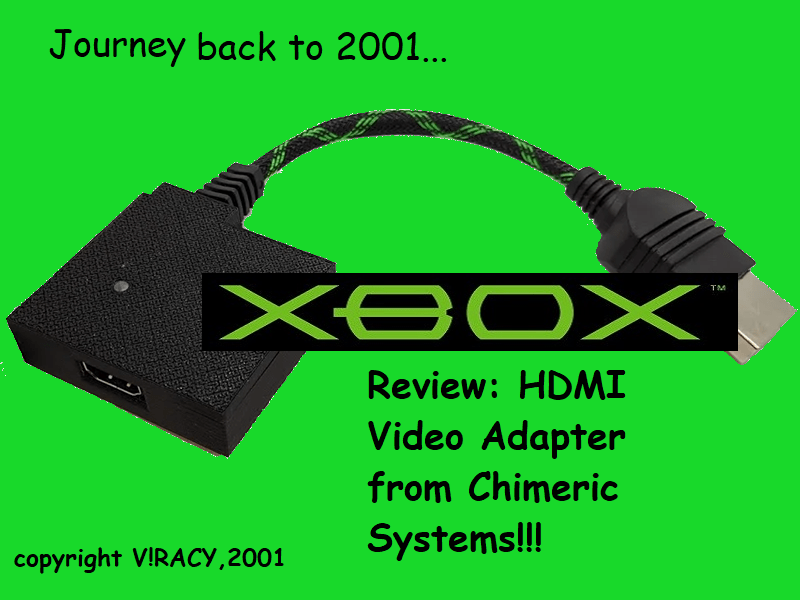