Atelier Ryza: Ever Darkness and the Secret Hideout – Review

Hello Internet, J.C. Koopa here with another game review. Today I am going to go over my thoughts on a game called Atelier Ryza: Ever Darkness and the Secret Hideout. Atelier Ryza is the newest entry in the Atelier series of games that I got to play on PC, though it is also out on PS4 and Nintendo Switch. Now I will go ahead and admit that I was previously unacquainted with this series of games, and after playing this entry, I am tempted to check out other games in the now 21 game catalog. Atelier Ryza is a JRPG, so obviously, you could invest hours upon hours playing it. I will go ahead and say I am nowhere close to beating it, but I have got a decent amount of time into it, so with the info, I have let me break it down for you.

Not your typical JRPG 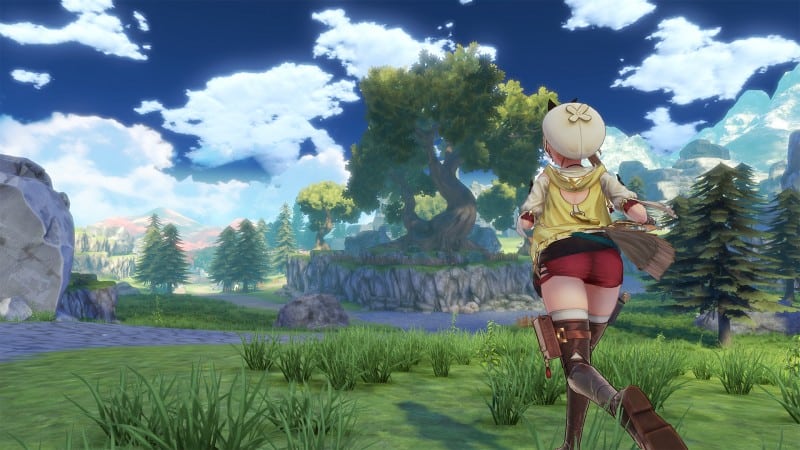 So as I said, Atelier Ryza is a JRPG, but it, like other games in the Atelier series, is unique among other RPGs. Atelier Ryza is relaxed, with no pressure JRPG. Now, what do I mean by that? Most JRPG’S and RPG’s nowadays revolve around the protagonist being some savior or warrior of prophecy, in a world facing turmoil or some impending world-ending doom. There are also usually one or more all-powerful antagonist obsessed with world domination or with widespread destruction and carnage. Atelier Ryza is not that kind of RPG.

The story revolves around the main protagonist, Reisalin Stout, who goes by Ryza and her two friends, Lent and Tao. Together they live on a rural farming island and are bored with their simple farming lives just wanting to have exciting adventures. They steal a boat and row themselves to the mainland in an attempt at their first adventure when they get attacked by a monster while trying to save an important-looking girl lost in the woods. They get saved by the girl’s two protectors named Lila and Empel. Afterward, Ryza befriends the girl, named Klaudia, and takes an interest in her protectors and in learning Alchemy form Empel who is a master of the craft. 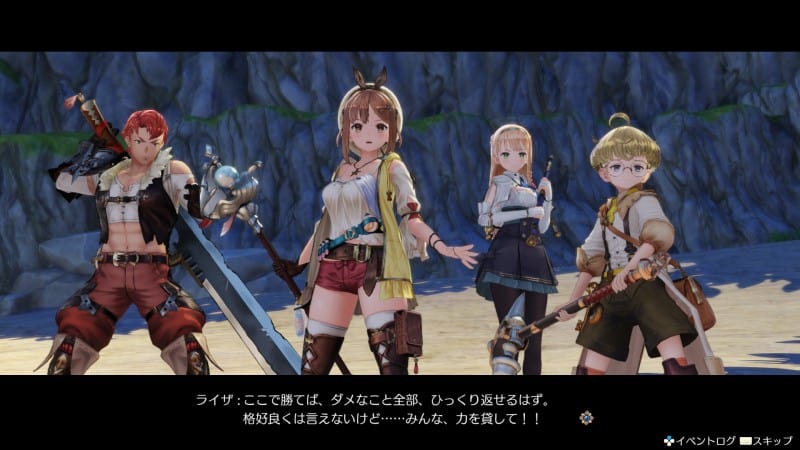 That is the premise of Atelier Ryza in a nutshell. There is no impending apocalypse. No maniacal demigod, sorcerer, or rogue titan trying to destroy the world. Just a few close friends who are tired of their simple life who have a thirst for adventure, going on a journey for the sake of fun and adventure. Some more significant problems do arrive later on but still on a small enough close to home scale, not a cosmic apocalypse one. The game is more about the hero’s journey, not the battle of ultimate evil. It has a slice of life tone that focuses more on the characters, their friendship, and their adventures that feel more laid back and relate-able to times you may have had with your friends. So how does that work in this game, and how is the game as a whole?

The uniqueness of this type of game is a bit odd but in a right way. I tend to walk into any RPG, expecting the aforementioned doom and drama that I have grown used to. I am hardwired for catastrophe, and at first, it was strange not to have. Over time though, you feel yourself relax and enjoy the game for what it is. You begin to go along with the journey and soak up the world and gameplay in a therapeutic way. 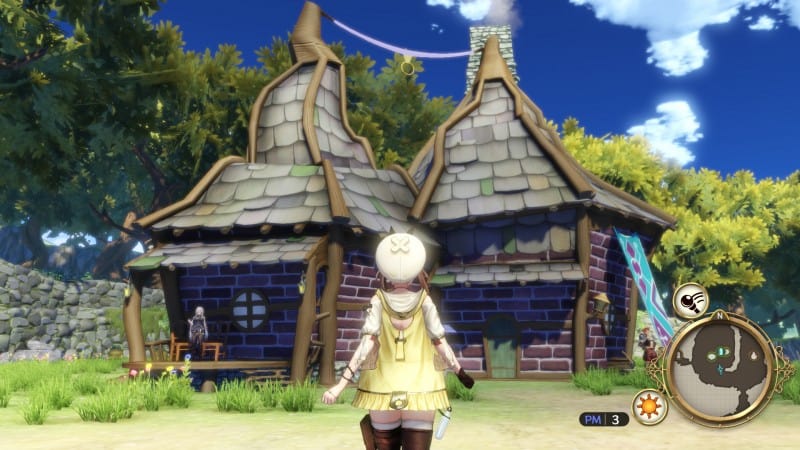 The gameplay revolves around Ryza’s journey, the learning of alchemy, and battles with monsters along the way. The adventure keeps your attention even without the doom and gloom. The crafting process for alchemy is sophisticated but accessible, and the battle system is fun and complex as well but also easy to pick up though I will describe it more in just a minute.

A Few Changes for a New Entry 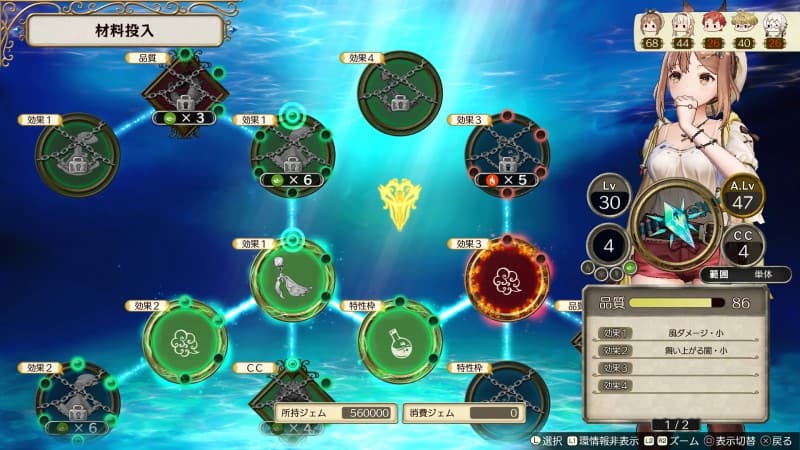 Atelier Ryza made a few changes to this entry that worked well for it. This entry changed the battle system from the series first turn-based strategy to a real-time strategy formula similar to World of Final Fantasy, which is accessible but can be complicated when it wants to be like I said. Because of the real-time element, you have to think faster then you would in a traditional turn-based battle system, but not as quickly as a straight-up hack and slash. You also have to pay attention, plan, and act in the right moments. The visuals were also upgraded with shadow and lighting effects along with better, more detailed graphics that make the game look quite good being both vibrantly colorful yet, relaxingly peaceful. On that note, the monsters are also quite adorable, especially with the visual improvements, though that doesn’t mean you can underestimate them. 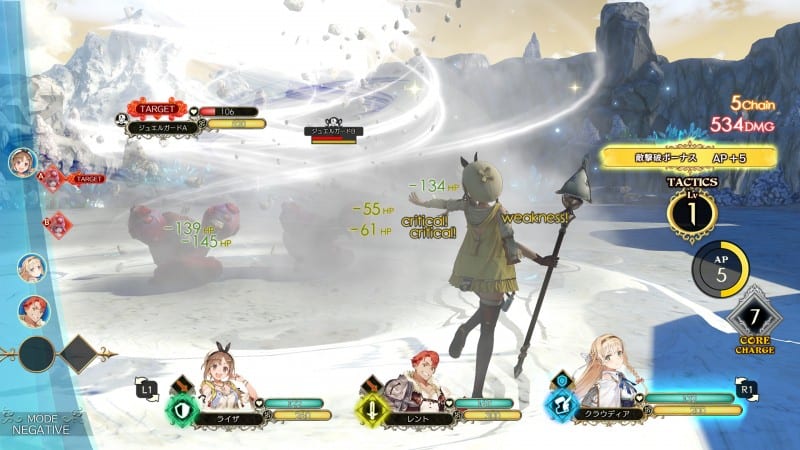 Are There Any Downsides?

Atelier Ryza is an excellent game in my opinion though there were a couple of things I noticed that were not big deals, I should mention them because they were noticeable. First of all, the game does not have an English voice-over, which may be off-putting to some players though it didn’t bother me at all because I am used to reading subtitles as I go. The beginning of the game is a little bit on the cut scene heavy side, though it is only to set up the game world for you as early as possible, and it evens out as you progress through the game. Finally, the default keyboard layout was weird to me as I am used to the nearly universal layout games are using. Though you could rebind them, I preferred to plug a controller in as it is supported; the controller layout works fine. 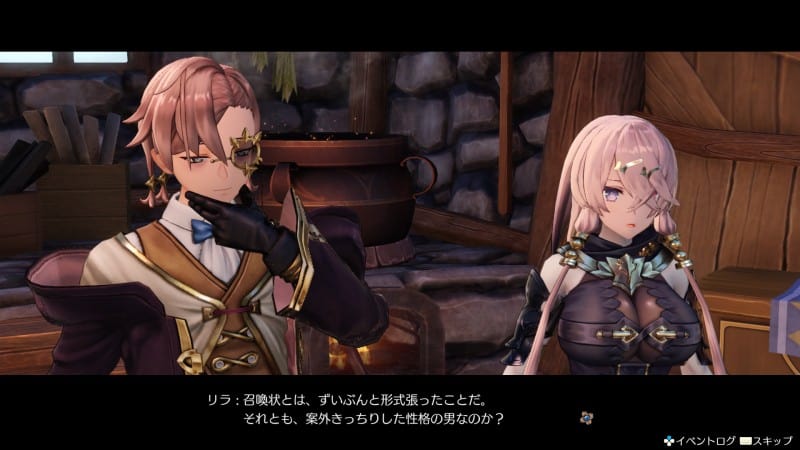 Overall, I would say that Atelier Ryza is a lovely laid back JRPG that is a neat experience. The gameplay, story, and visuals are borderline therapeutic to those who are used to the high octane, maximum stress and drama of modern RPG’s. I think it could be a beautiful retreat for those who want a chill adventure in a JRPG package, especially if you’re going to try something a bit foreign to the genre. I would say it is worth the $59.99 price for the experience, and it is worth a try for RPG fans, so I will leave a link below so you can check it out for yourself. You can also check it out on PS4 and Nintendo Switch, so whatever your hardware give it a look, and I will see you next time.