Everyone is digging the new VR side of the tech scene. where you can be present in a video and look around, or also even move around and do what you want when playing a game. We have seen all kinds of VR headsets, the most powerful and accurate of them being the Oculus Rift, which is also the one that started all the VR gaming. 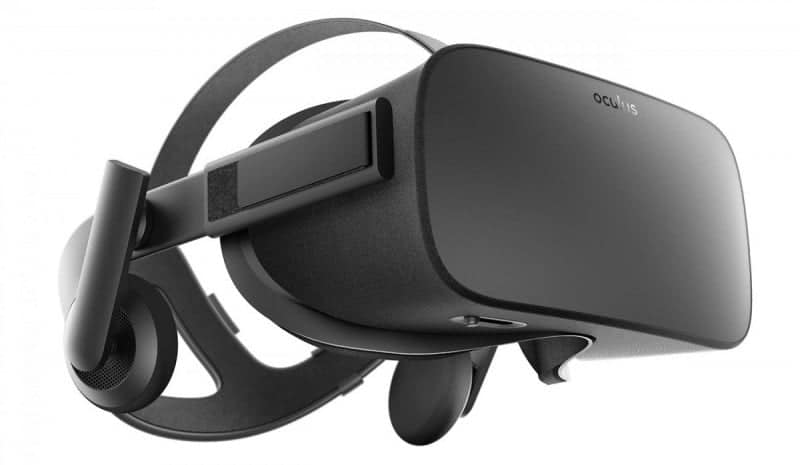 We all know about Google Cardboard.. it is a VR headset made by Google, out of cardboard, literally! So it was revealed in the Google I/O 2015, and it had a serious amount of hype. The basic idea of it working was the usage of the Gyroscope sensor that’s there in the majority of smartphones. You might’ve already used it if you have ever taken a Photo-sphere Photo using your Android-powered phone. So essentially the idea with Google Cardboard was using these lenses to simulate the way our eyes see the real world, try covering one of your eyes, both eyes see different views but they are combined when you see them together. So the same concept brought the ‘Cardboard’ idea to Google. So a video or a game’s renders were laid out in the inside of a 3d object, and you are at the center of the object, so with the assistance of the Gyroscope, your view is stabilized and you can look around at the picture. 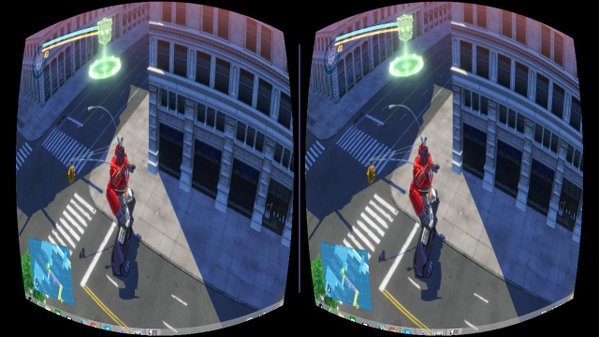 This ‘Cardboard’ was similar to Oculus’ but it was cheaper, a whole lot, you could get this for about 2$ or cheaper, or make it yourself. But you could only use the apps on your phone, which weren’t as good as diving inside a game on your PC, with extremely realistic graphics.

Then there was a person, aptly name Trinus, he loved to fly in gliders and everything, so he made Trinus Gyre. It is presently known as Trinus VR, and you can get it for a few bucks, about 6$, head over here to buy it or you can try it free with our 15 day sampler from CES, but it’s been said that there is a cracked version available, but we do not promote illegal actions, and come on, the guy has done a better than a great job, you should spare some dollars for Trinus VR . Head over here if you need more buying options, and also download the PC server from this link. 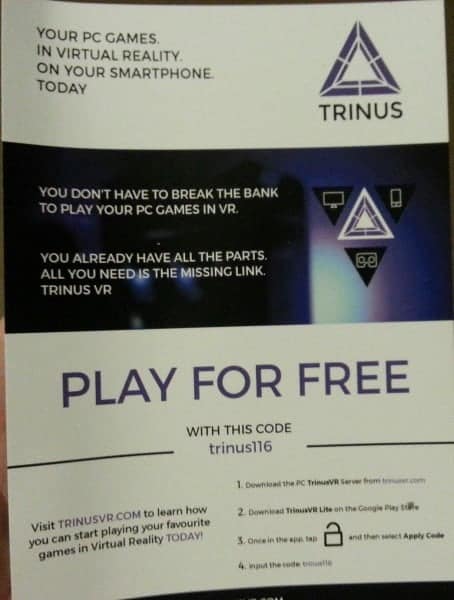 Setting it up is fairly easy, you have simple settings in the PC Server but also there is an advanced option that I prefer, where you can use a wizard to set it up easily

There are three options for connecting your device

I Mostly use the Hotspot, but you  can use USB, it requires you to enable USB Tethering from ‘Tethering and Portable Hotspot Menu in the settings]

Trinus Does Require Your Game to Run in Windowed Mode, so you might want to set that up, most games now offer a borderless Windowed Mode, So it does no harm with the experience there.

You can get my settings for the Desktop Server here. It is easy to tweak the Desktop Server settings, so games like Minecraft look great and believe me, it’s lovely to be in there and build stuff. It is a must-do thing, in my opinion, you could also try GTA 5, or any game that has a First-Person mode, you can play without this mode, but it is the best way to experience VR. Hoping that you’ll get some fun out of this, but be sure to take breaks in between as this might harm your eyes more than you think. your eyes are focusing on a thing so near your eyes.