That headline had to be the most intriguing, least clickbait headline you’ve ever seen. I’m not lying when I say that today’s review is a product for PC that makes a Gameboy Advance work as a controller. It’s not even hard to use! Let’s get right into this review. 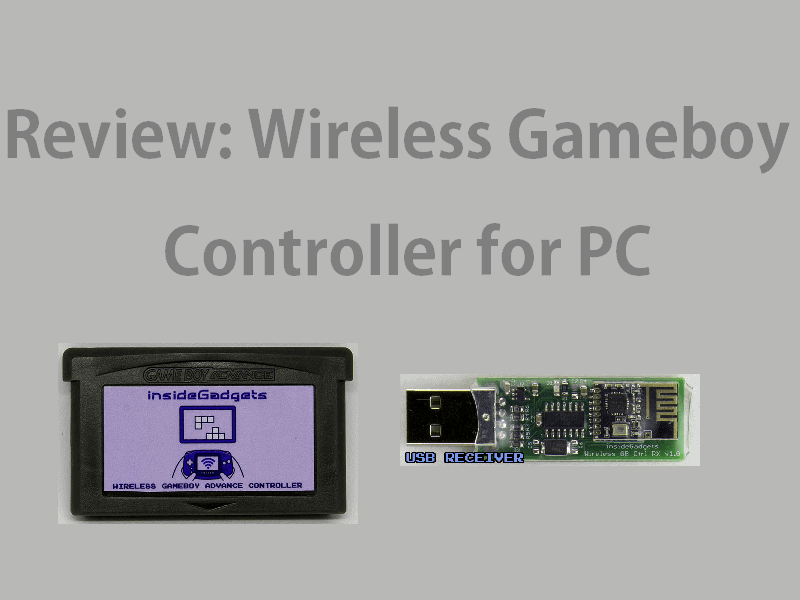 ‘Wireless Gameboy/GBA Controller…allows you to use your Gameboy, MGB, GBC, GBA, GBA SP, GB Micro, DS and DS Lite as a wireless controller. Play games on your PC, laptop, RPi, etc, or use it to play games on a NES, Super Nintendo, Gamecube or Wii wirelessly using any supported Gameboy of your choice. Read more about the receivers/transmitters below.

(Note, if I use WGC, it means Wireless Gameboy Controller)

With regards to whether I think that this product is worth importing it from Australia or simply waiting for someone to buy some in bulk and sell them domestically. I think it’s totally worth it. If you don’t have a flash cartridge and just want to play GBA games on original hardware, this is the way to do it. You’re still getting the feel of the GBA whilst also playing the game on a PC with improved graphics and lots of other features.

Now there are some things that I couldn’t test. Does this work on Mac, again I don’t know. I apologize personally if you have one of those of those computers. If before ordering one you want to ask the good people at Inside Gadgets, you can reach out to them via email. Maybe there are driver packs they can send your way to increase the compatibility on MacOS’s. Either way, you see that the amount of positives outweigh the amount of negatives and so that get’s two big thumbs up from us!

Extra Video from Inside Gadgets:

If you’re interested in this or any of their other great, retro style items/accessories, visit Inside Gadgets here!