With h-encore being released almost exactly one year ago and Trinity released just a couple months ago TheFloW is back at it again with a new exploit-chain working once again on the latest Vita firmware 3.71!!

h-encore² once again uses the still not patched BitterSmile user exploit from over a year ago.. yes Sony never bothered to patch it. Now the exploit chain is updated with a new Kernel exploit which has a success-rate of about 20 to 25% as of right now. 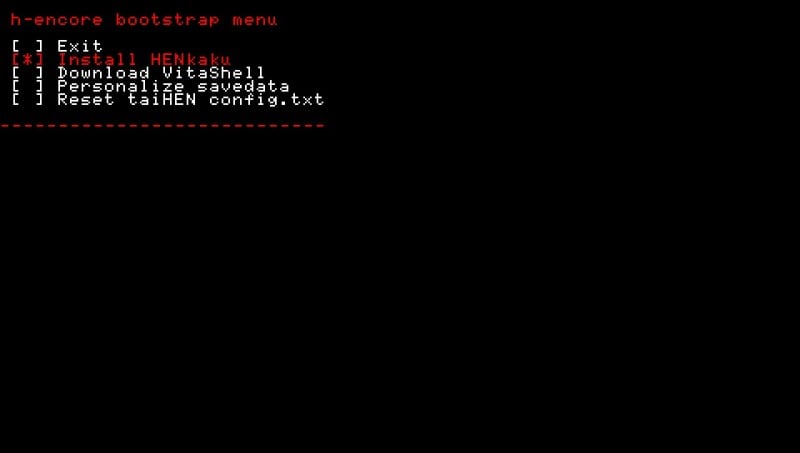 The installation hasn’t changed as only the payload file which is inside the savegame is updated basically. Which means we should see the auto-installers like FinalHe updated in no time as well!

Now if you still got the original h-encore installed with access to VitaShell you can update a said file called ‘system.dat‘ manually as described here and just update the firmware from there. BUT as always it is still recommended to downgrade back to 3.60 or 3.65 afterward for Ensō & better overall compatibility with Homebrews and plugins!

Sony pushed FW update 3.72 to block h-encore so don’t update but this isn’t the last exploit we’ve seen for the Vita that’s for sure. 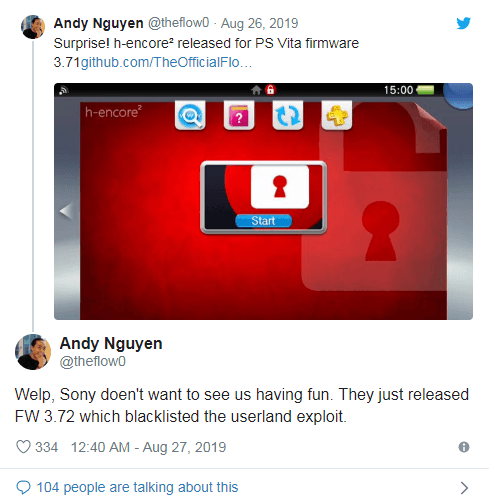