Summer has arrived, and it has been a blazing one. During the dreaded heat, there should be an excellent game to the mind off the heat. I enjoy a friendly set of pinball (a rarity these days). However, the ladies of Senran Kagura has us covered in the newest title of the franchise, Senran Kagura: Peach Ball, which surprisingly is a pinball title. Is this game life and hometown inducing entertainment, or does this game go deeper? Check out our review! 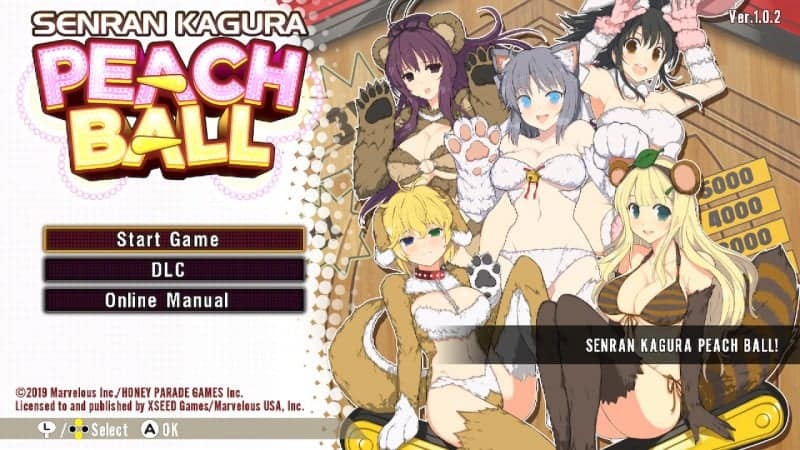 *note: screenshots will all be a mixture of dock and handheld photos. This will be explained in the visual section below*

*Thank you XSeed for the Switch review key* 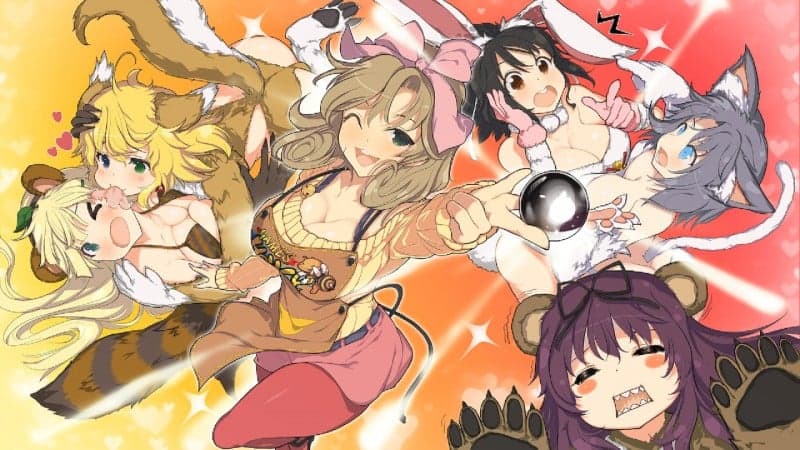 Haruka is up to her usual experiments again, brewing up mysterious concoctions with unknown effects. Unfortunately for her fellow shinobi she’s chosen the local arcade she works at as her laboratory, creating the perfect opportunity for an unplanned accident.

SENRAN KAGURA Peach Ball: Clothes shredding brawlers, rhythmic cooking contests, sunny water gun fights or massage therapy – what’s left for the student shinobi of SENRAN KAGURA to do? Well, there’s always pinball! However, Haruka’s “experiments”, conveniently located in the local arcade, have once again caused havoc for the girls. This time her concoction has mentally turned some of her fellow shinobi into animals and the only way to reverse the effects is by using the mystical Peach Ball, which just so happens to fit perfectly in a pinball machine. Plunge into this new adventure and flip, bump, spin, or ricochet the Peach Ball onto the confused shinobi to return them to their normal selves. With customizable tables, special minigames, a story mode, and fan-favorite additional modes including diorama mode and the dressing room, SENRAN KAGURA Peach Ball is set to be one of the hottest pinball games yet. 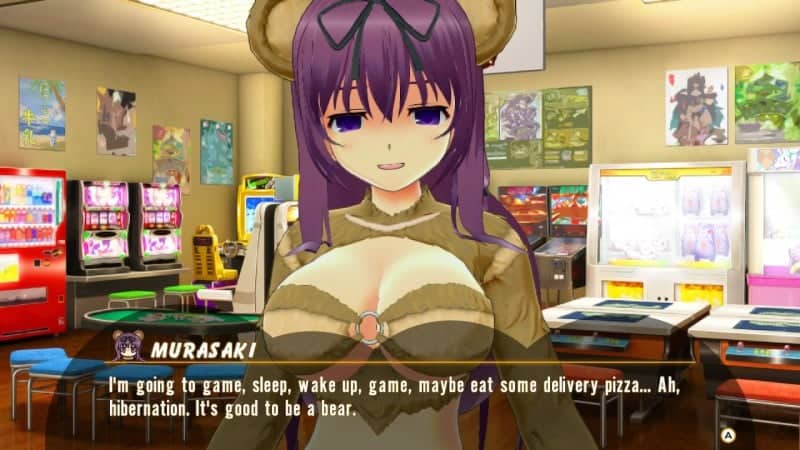 The story in Senran Kagura falls in line with the typical expectation of what may occur in a side game of the franchise. However, the delivery for the story is simple yet effective. From there, you (the player) becomes recruited to assist Haruka to resolve the issue that occurs from it. 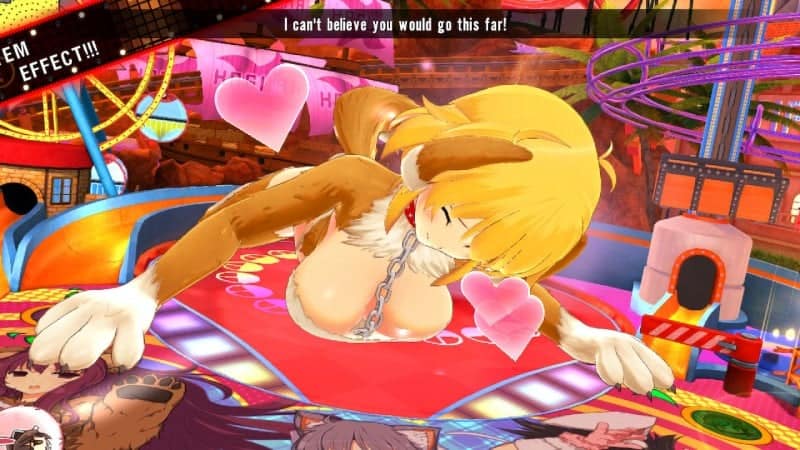 After each pinball sequence, you are given more of the story, delivered in the classic visual novel style format as previous games, and what to do next. It is straightforward in delivery, and it works well with Senran Kagura: Peach Ball. 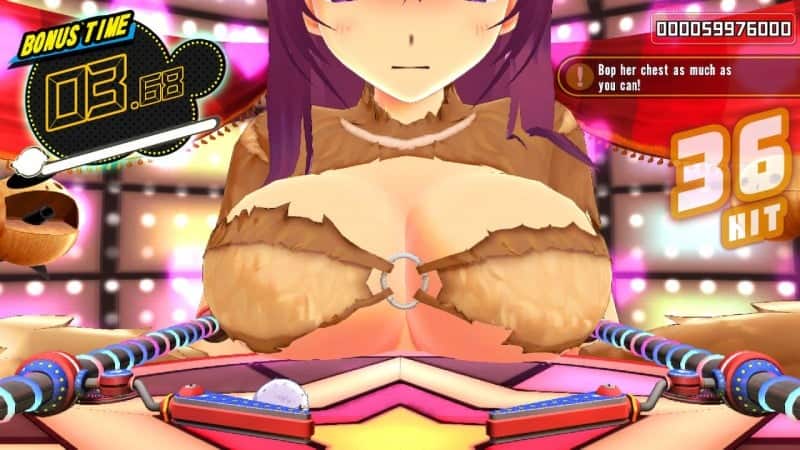 If the player has ever played a game of pinball, that is literally what Senran Kagura: Peach Ball is. The gameplay is straightforward and fun to dive right in. The trigger buttons control the paddles, two buttons that will launch the ball or use a unique ability, and gyro/moving the analog sticks to “tilt” the pinball machine. 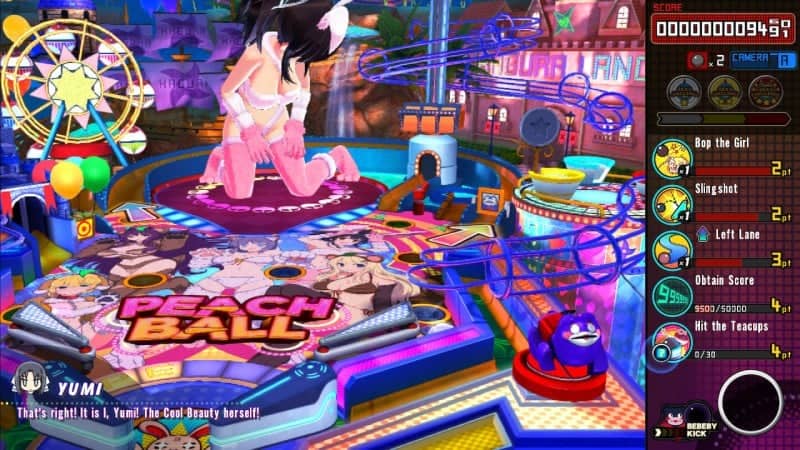 During the intense pinball moments, the player will need to complete level missions to open up fever and “sexy challenge” modes. Each one allows to rack up a higher score and eventually successfully finish that pinball stage to progress the story. This is where the game gets “fanservice” as expected. These “sexy challenge” modes are just as the name applies. Players need to complete specific pinball tasks, which are “Sexy” to get a higher score and/or achieve the level completion. As a result, fanservice and pinball work well together. 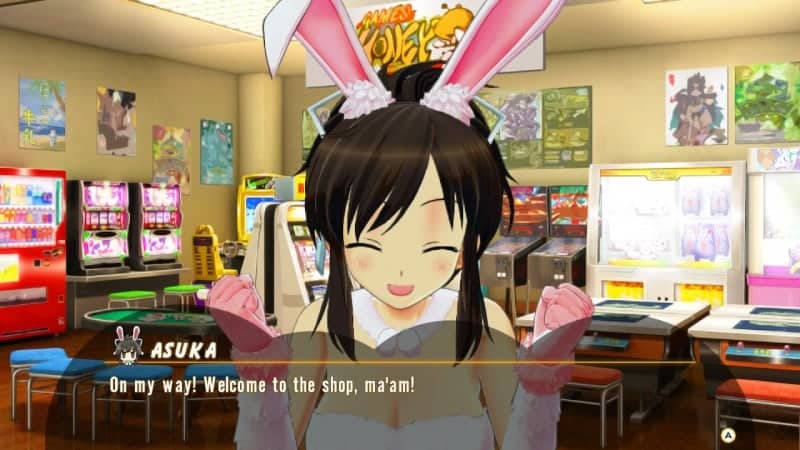 I can also report that Senran Kagura: Peach Ball delivers no-hit in performance dips moving from docked to handheld or vice versa. The game performs well and the same no matter what mode of play. 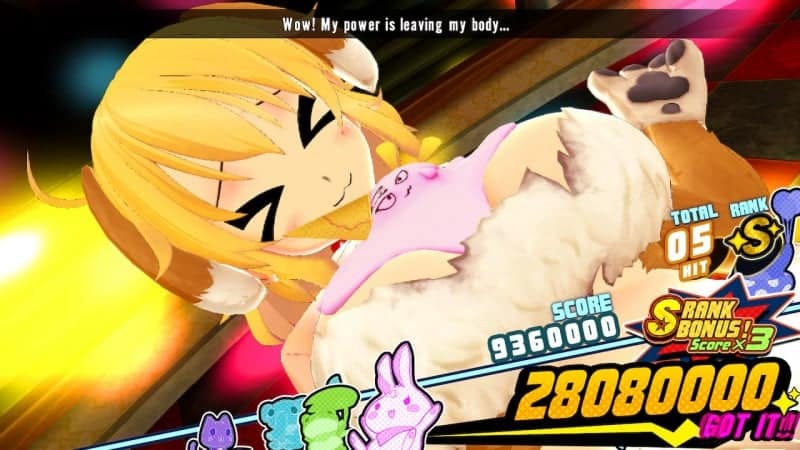 Visually, the game is on par with any Senran Kagura game. Visuals are completely identical on both handheld and docked version. The game is full of eye-candy, but visually pleasing aesthetics that all mesh together. 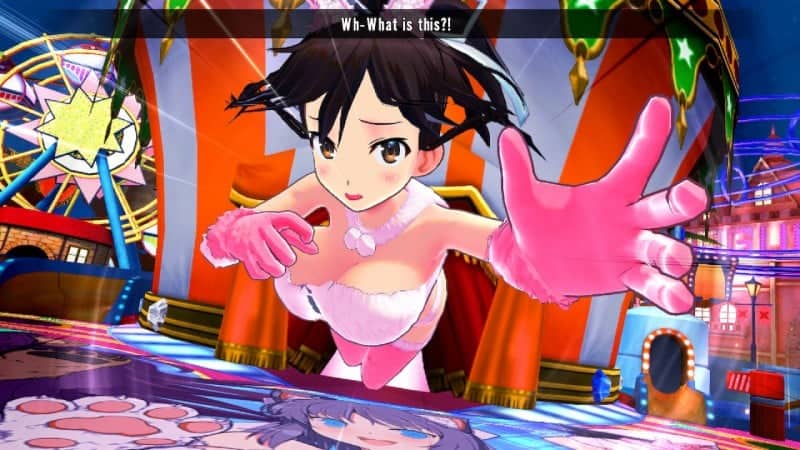 Audio-wise, the voice actors from the previous Senran Kagura games all reprise their roles in this title. A bonus is all the audio elements that come from the pinball game itself. The developers took their time to ensure that the game’s pinball sounds sound authentic and as a result, the audio is an immersive experience. 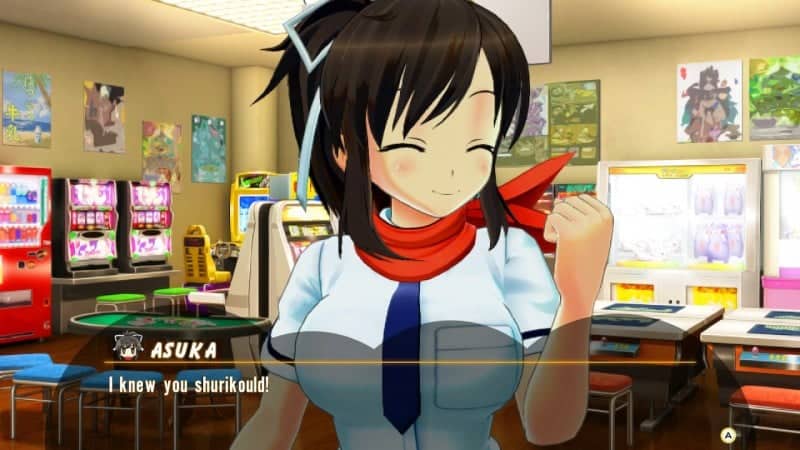 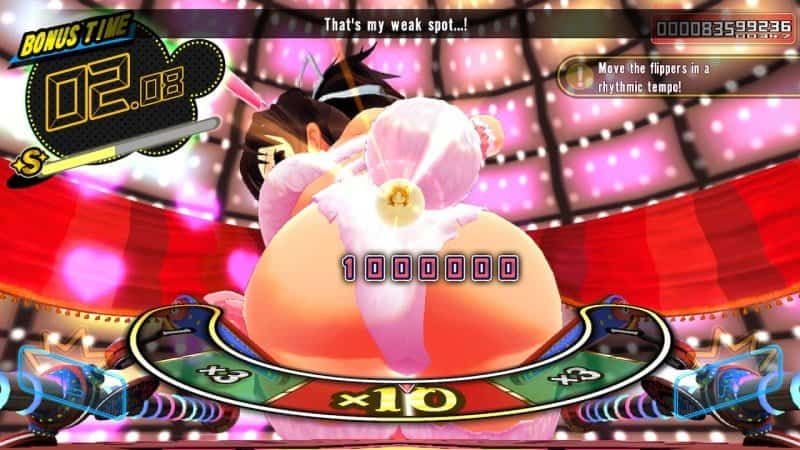 This is a subjective area, but I found Senran Kagura: Peach Ball to be an entertaining game. I was excited to play a new game. However, even if this were released not as a Senran Kagura title, I would have just as much fun with it as I did. This is an enjoyable title that you can play for hours, or in small bursts. It is an enjoyable, pinball title. As a result, I am confident others will enjoy Peach Ball as much as I did for the fun factor. 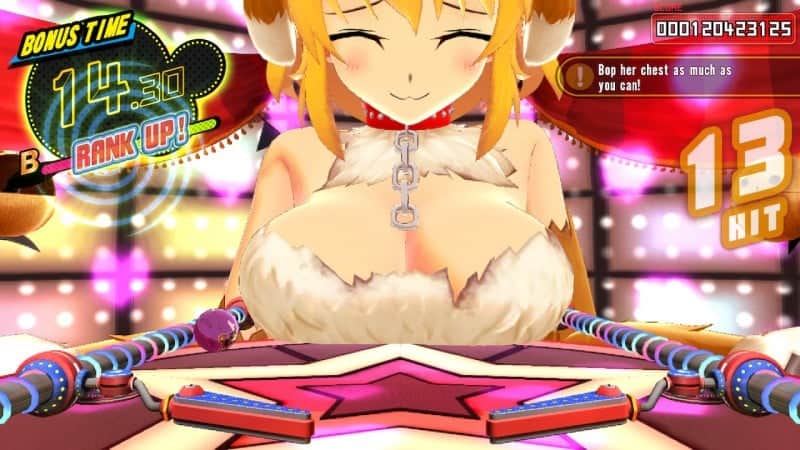 Senran Kagura: Peach Ball is an immersive pinball experience. I can confidently say this is the best pinball game I have ever played. It is a straightforward, easy, and straightforward game that produces hours of content and entertainment. However, my only gripe is that I wish there were more levels to play. I had a blast from beginning to end with Peach Ball. If you are a fan of pinball, you owe it to yourself to pick this title up. This goes double if you are a Senran Kagura fan.

When I first heard of Peach Ball, my immediate thoughts was, “oh here comes another fan service game.” While there are large amounts of fanservice, the game itself is the big show here.  As a result, I find myself having fun and still playing it at random times. Well done to the developers for creating an enjoyable experience and in my opinion, the best pinball game that is available on consoles. I find myself playing this game more often than I think, which is a wonderful thing. 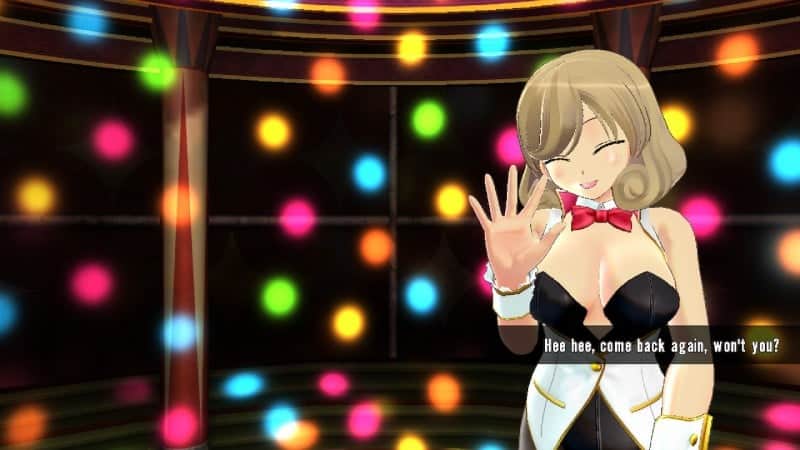 A gamer and jack of all trades. I enjoy many things, but overall just enjoying life. Hopefully, I can add enjoyment to your life through my articles or interactions.
@mgs2master2
Previous Kotodama – The 7 Mysteries of Fujisawa (Review)
Next Review: Snakebyte HEAD:SET X PRO