The Princess Guide is a game that has released between big AAA titles. As being a master guiding princesses, will they be able and navigate through these big titles? They could easily be washed away, but we have to navigate our princesses through it. Does The Princess Guide do this successfully? Is it a title worth checking out? Let’s take a look in our review for The Princess Guide. 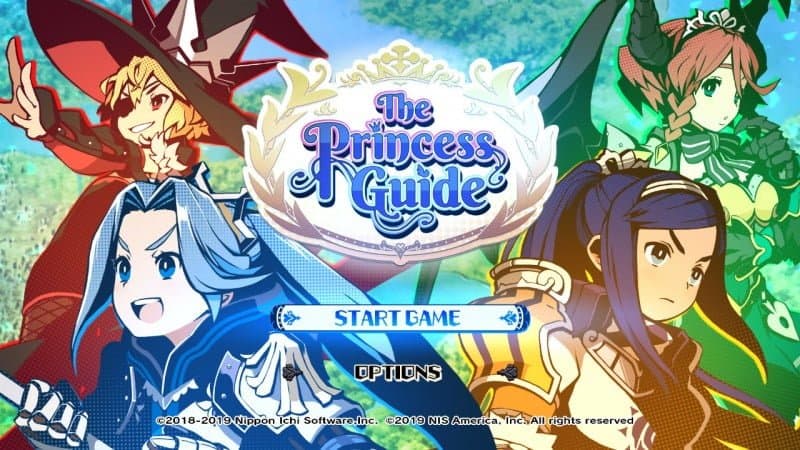 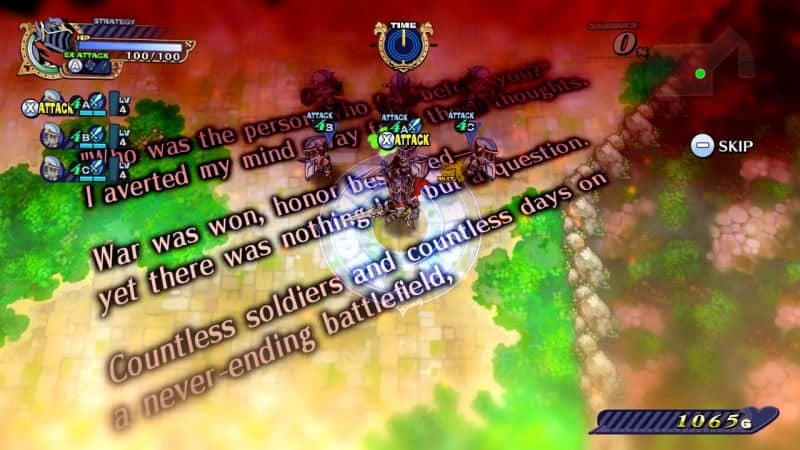 This is a tale of swords and magic in a land merely a relic of what it once was, long ago.
As one of the greatest masters of combat and knowledge ever seen, the Relic Islands are in dire need of your wisdom…
Four princesses, four nations request your guidance.
The lush, argricultural Alixon Kingdom
The tyrannical, controversial Rust Magic Guild
The capitlist, innovative Mercantile Trade Coalition
The harmonious, peaceful North Kamara Clan
Which princess will you guide?
How will you cultivate her?
Will she achieve her destiny?
Her fate lies in your choices.
Commence your princess knight training regimen. 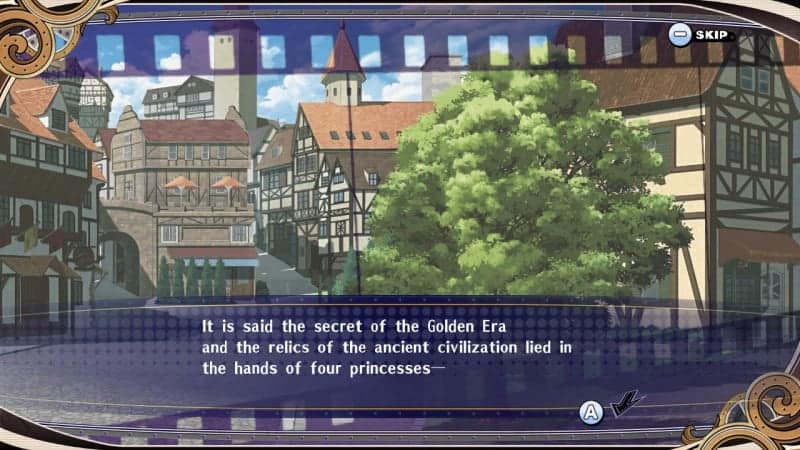 As the story state, being one of the greatest masters, you are tasked with the duty to properly guide the nation to a better future. From a range of adversities that may occur to the simple tasks, you must shape and mold your chosen princess. That princess is to become the beacon of light and hope for the future of that nation. Will your guidance provide that or will it lead to ruin?
That is for the player to decide in The Princess Guide. If this is something that interests you, continue reading on.
Gameplay:
From the main website: 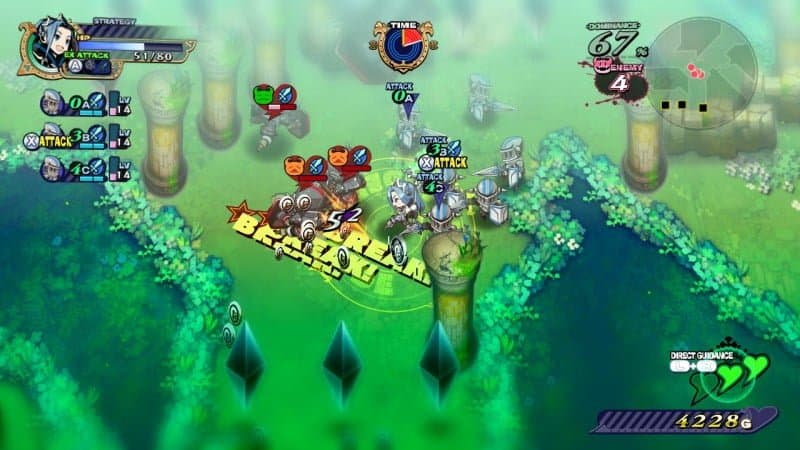 • A Unique Tale Times Four! – Each Princess Knight has a unique story to tell, and your choice affects how the tale unfolds! Will you train the vengeful Veronica, the gluttonous Liliartie, the chivalrous Monomaria, or the dragon princess Alpana?

• Fast-Paced Strategic Battles – The battlefield can get intense! Issue orders to your princess directly on the battlefield, and watch them clash with the enemy forces! Their performance is directly affected by your tutelage!

• To Praise or To Scold? – Your princess’s growth depends on you! During conversations and battles, “Praise” or “Scold” your princess to enhance their abilities on the battlefield!

The Princess guide has a unique take on the fast-paced strategic battle. The game is presented in an overhead view. The master (which you create), chosen princess, or other commanders that you appointed are controlled from this view. You march into battle with the squad of soldiers you chose.  You either run through a stage or you intercept enemies in the battlefield and fight of the waves.

The game provides an in-depth tutorial for most of chapter one. It covers all bases that is needed to know and win in battle. As the battles go on, you earn points to level up your princess. She is able to level up a good amount of different skills. Each of these level ups goes to help her mature to be a better princess. In addition, you are able to upgrade weapons, craft items, as well as a few other talents. 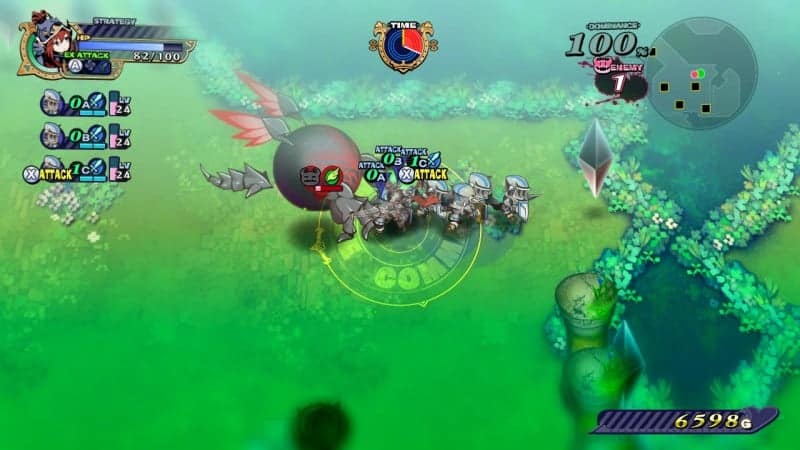 At the first few battles, The Princess guide opens up to show a different variety of commanders you can have, each with their own weapons and troops. It all helps with the gameplay. As a result,  I thought the game was easy. However, The Princess Guide increases its difficulties at a good pace. I would be inclined to state that the enemies scale with the player, but there are battles where I was completely outclassed. It isn’t too easy, nor too difficult. The Princess Guide is just the right difficulty…. for the most part. 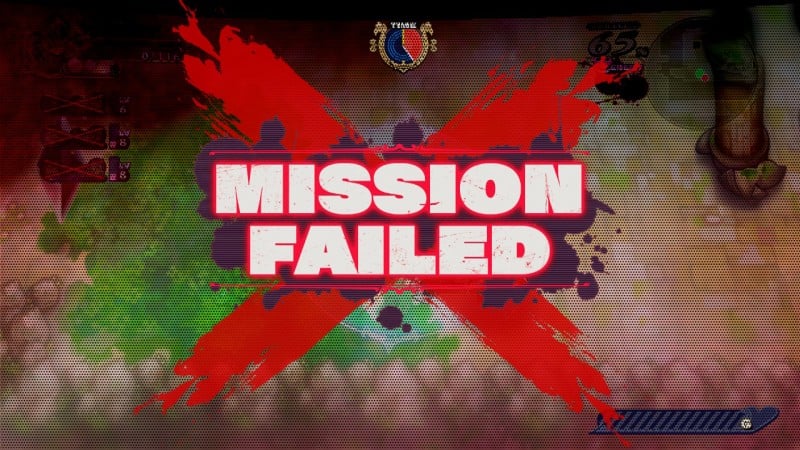 However, all this goodness does also have some negative attached to it.  As stated, the difficulty curve is right for the most part. However, It can balance from an appropriate difficulty to very difficult in an instant. If you have a low leveled crew, it will end the battle, not in your favor. Another negative is the gameplay is the same the entire game. Nothing different really occurs, its the same type of missions with a story attached to it. Eventually, it does become weary. 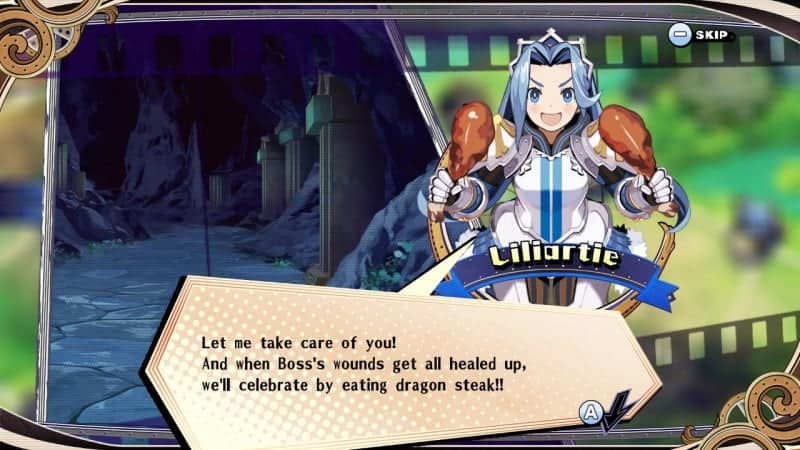 Visually,  The Princess Guide looks fantastic. The overall atmosphere and Aesthetic are well done for the title. The overhead battle sequences look great. The overworld map is visually appealing and the character models are beautiful. 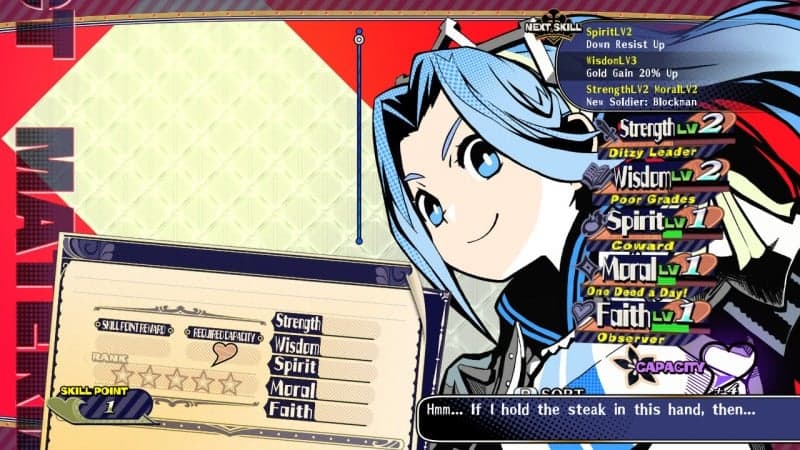 Audio-wise, the music does become weary as there is little variety in it. Outside of the music, the sound work is incredible, voicework is Japanese voices with English subtitles, and it is presented well.
*Note, I could not find any music on youtube at the time of writing this article. Therefore I will find videos that have it in the background.*
Fun Factor: 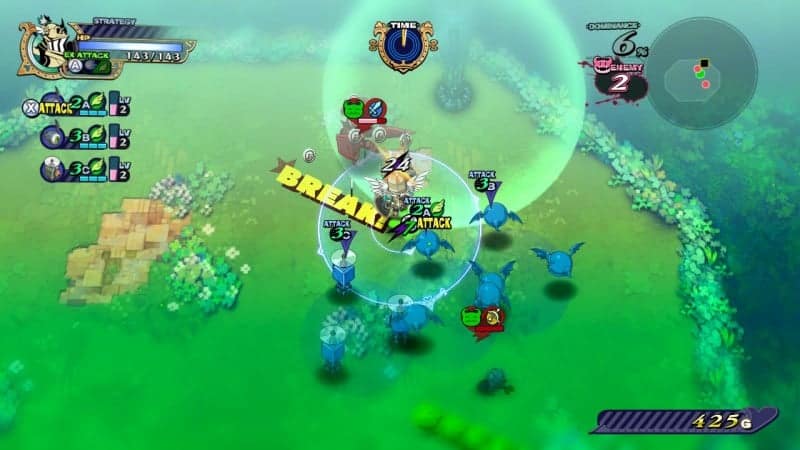 The Princess Guide is a solid title. I had fun from the start and majority of the game. It is a unique take on a game and is something that is different from NIS America and Nippon Ichi Software usually does. From this experiment (in my opinion) a fun title is produced.
Replay Value:
The Princess Guide has a good amount of replayability. There are four different princesses to guide. Each one is equally as fun to play with. That alone provides more replayability.
Wrap-Up/Conclusion: 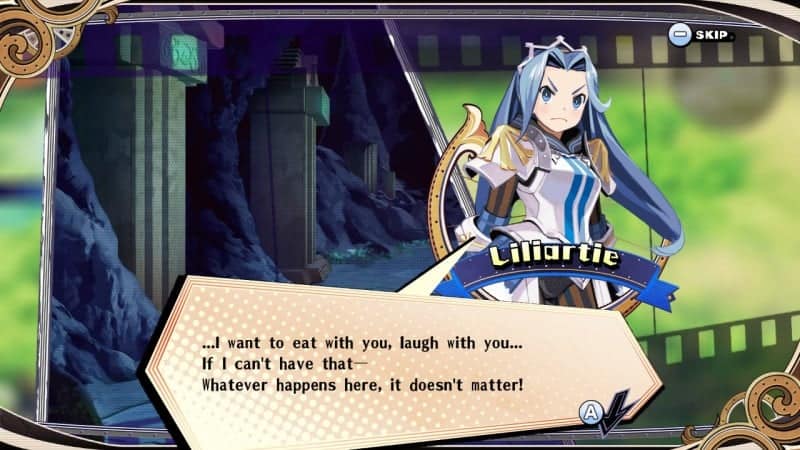 As previously stated above, The Princess Guide is a solid title. Is it able to successfully navigate between these large AAA titles? Probably not for several players. However, If someone does manage to pick this title up, they will definitely have a great time with it. The Princess Guide is one of those games where you can pick up, play for a bit, and put down. It gets right into the action is enjoyable. However, it does become very weary at times, but overall it is a good game.
Nippon Ichi Software took a risk with this title as it is something different from their usual titles. I would say that this risk was worth it. It is a fun title to play and I do recommend others to play the game. 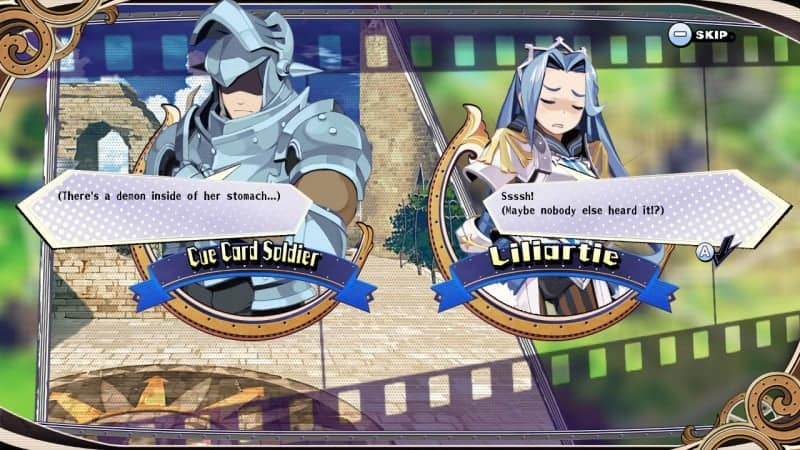 Until Next Time, Mgs2master2 out!
*Thank you to NIS America for the Switch review key.*
Share

A gamer and jack of all trades. I enjoy many things, but overall just enjoying life. Hopefully, I can add enjoyment to your life through my articles or interactions.
@mgs2master2
Previous New Payload Relauncher for the Nintendo Switch released!
Next Tinfoil with XCI support released!