Review: ToeJam & Earl Back in the Groove

Hey guys! Today’s groovy review is from someone (yours truly) who has never played any of the ToeJam and Earl games before. This means that this funky article is going to be from a place of complete unbiasedness(??) and you won’t have read me compare it to other games. Because, for real, that would take far too long anyway. Look, I’m not a TJ&E aficionado, I’m just a dude from Earth that reviews games and shares the results with y’all. So without further adieu, I present to you, my review of ToeJam and Earl: Back in the Groove (HumaNature Studios, $19.99). Cue bass track! 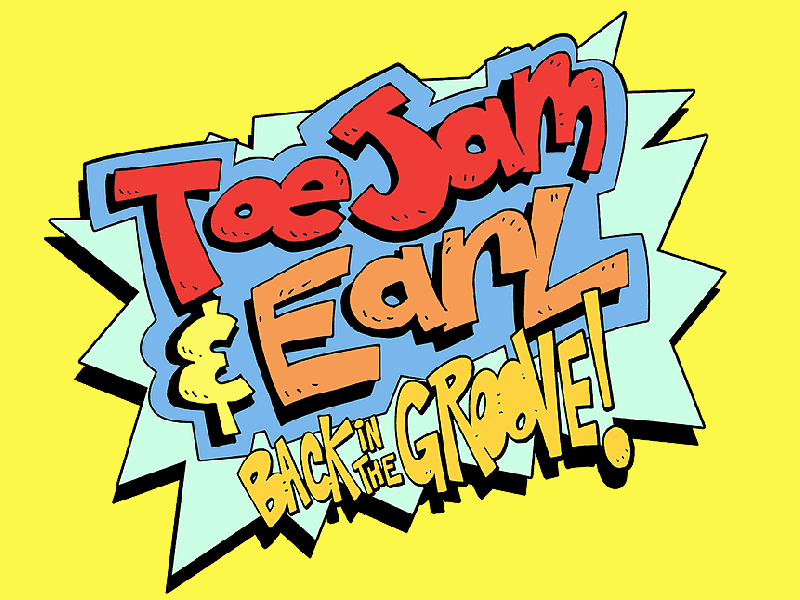 ‘ToeJam and Earl have crash-landed back on Earth in ToeJam and Earl: Back in the Groove!, a funky fresh rogue-like adventure infused with old skool hip-hop and jam packed with awesome throwbacks to the 1991 classic. Original Funk Lord (and co-creator) Greg Johnson is back at the helm with the sequel that ToeJam and Earl fans have been waiting for! The iconic ‘90s duo is back in the groove with all-new presents to help them navigate this wack planet ” Earth” and retrieve all the lost pieces to the Rapmaster Rocket. Team up for co-op play to discover secret locations, hidden presents and new friends as you make your way through a constantly changing and unpredictable world!

ToeJam and Earl: Back in the Groove! is a mash-up of the very best features of the classic console games with a ton of fresh improvements. Grab some homies and get ready for a blast of funky nostalgia as you help ToeJam and Earl return once again to Funkotron.’ 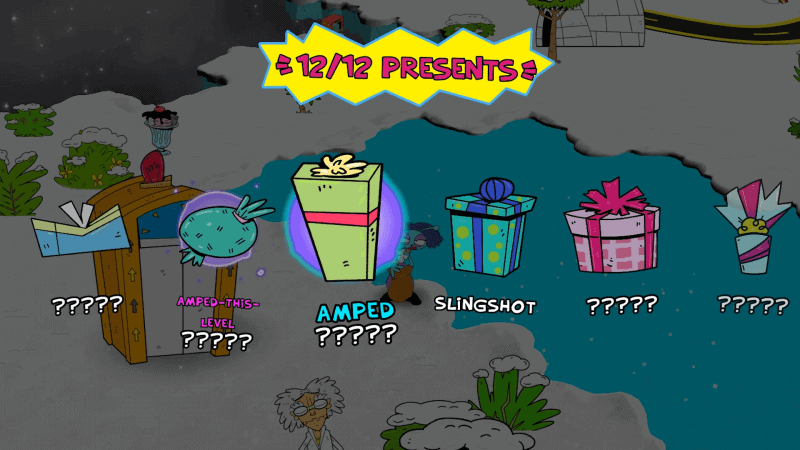 The music is funky! I mean, the basslines are extremely creative and sound so smooth. However, the downside here is that the tunes are a bit repetitive. I had to reduce the music volume a little bit. The gameplay sounds aren’t so much that they drone out the music, so I had to balance it out to make me a happy camper. Don’t get me wrong, there is more than just one song. The longer you play the game (see Replay-ability and Longevity below), the more the basslines all sound similar and just become one mushy song.
Surprisingly, the voiceovers seem to be the exact same people from the TJ&E III on the XBOX. I thought this was a great touch. I know I said I had never played any of the games before. That is true, however, I knew the raps and opening sequence of TJ&E III as I watched it on good old YouTube. And while we’re on the topic, I’m also glad there is no rap for the characters this time around. I thought that the rap in TJ&E III was a bit much. I think just keeping the funky music is good enough. But back to the voiceovers, I do like the fact that the cutscenes are fully voiced. I’m glad that there isn’t speaking all throughout the game. HumaNature took the time to give everyone thought bubbles or text boxes. This keeps the game moving and I don’t have to keep listening if I walk away from a character.
The visuals were the best part of the experience of playing this game, at least for me anyhow. The visuals had to have been hand drawn and beautifully so. They have such a fun Klasky-Csupo, mid 90’s art style about them. They made it somehow look modern all the while honoring the original Sega games. Going so far as to let you select the original versions of ToeJam or Earl if you please. Just note that if you choose them, they have different stats than the standard ToeJam and Earl. I would’ve died laughing if they had implemented the 3D versions of the characters from the XBOX but used them as flat 2D images. 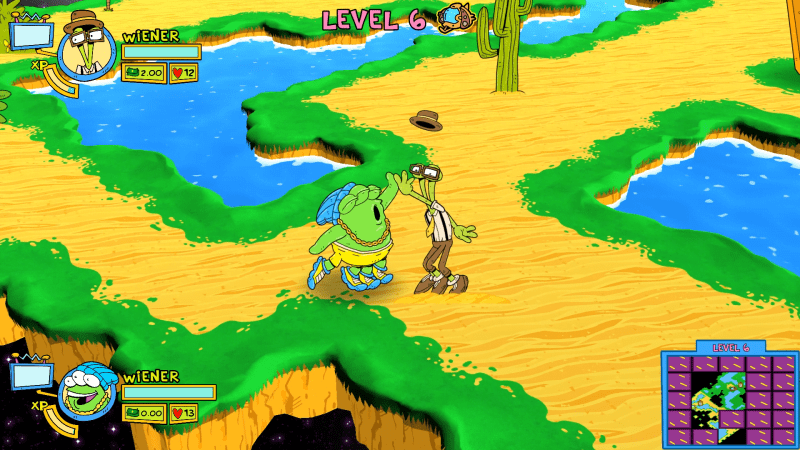 So the game starts out simple enough. You get to choose one of 9 characters with various stats. Three characters are under lock and key by default. After choosing your character, you’ll choose your difficulty level. I originally thought to play on Toddler just to get through the game as quickly as possible. This was a dumb idea, but I’ll explain more about that soon. Then, the game asks you to choose your level type. You can either do a tutorial level or jump right into the main gameplay type you want. I started with a tutorial as it explained how these games worked. Even if you’ve played the old games before, I think using the tutorial first can still help.
Once the game has started, if you feel that you’ve chosen too easy of a difficulty (or too hard), you can change the difficulty on the fly. Just pause the game and choose the difficulty and then unpause the game! Warning: If you play single player in Toddler mode or Easy Farty mode, you cannot unlock achievements. You also do not get Power Hats, game modes, or other characters unlocked. If you want these things but want to play those modes, you need a second player playing Normal difficulty with you for the entire game.
Continuing on! The next point of this game that matters a lot to me is that you can save anywhere. I have my doubts that you could do that in the original Sega games. However in a roguelite, action platformer game, it’s definitely useful to save anytime as you don’t know what could happen. Even getting a bogus present could be useful. Save before you get the present and if it turns out that it is not a useful present, reload the last save. If it’s a good present, save right then and there. There are other reasons for this as well, but I view it sort of like savestates in emulators. If the tides are turned against you, bail and restart where you were last happiest in the game!
In this game, I also like the fact that if you save the game and leave you can change characters upon loading the game again next time. This is something useful as the stats are different for everyone. And while the game lets you pause at any point and change difficulty and/or save, it doesn’t let you change characters. I’m not really seeing a reason for this. It would be pretty dang easy to add an option to change your character and then it just take you to the character select screen and then back to the gameplay. Maybe I’m wrong, but if they let you choose every time you load a game again, they should be able to let you change on the fly.
If you’re still with me here, I’m finally onto talking about the actual motivation in this game! Your goal is to find the 10 pieces of ship that you (damnit Earl) busted up. You scour the land shaking trees, opening presents, and discovering more parts of the map. The discovered pieces of the map show up in the lower right-hand corner of the screen. There are 25 randomly generated levels in total, so basically you find a piece every 2-3 areas. There are options to play a fixed map version. We’ll be talking more about that later on though. This game overall is just a game of be chill and walk around discovering hilarious people, items, and throwbacks. Your character ranks up as well, this makes you continue to have the motivation to move forward as you progress through the game.
Aside from all of the stuff that we’re about to discuss in the next section, let’s talk a little more about the presents in this game. Up until now, I’ve only mentioned their existence. The way that they work is that you find or are given presents throughout the game. As you open presents, you’ll find that they too are randomized and can definitely help. On the other hand, they have been known to have bummers inside too. These not only affect your game but if you’re playing with friends, it can affect theirs as well. You’ll see that you can pass presents off to them to try to make their experience better if you’re already reaping the rewards of one of your own.
The title has so much going for it in terms of gameplay, music, and visuals. I think that thus far, we’ve touched on a lot of reasons to spend your moolah (cash, bucks, cheddar, lettuce, quid, pence, bones) on this title. But if this wasn’t all enough to sell you on a game steeped in 90’s nostalgia, you’re about to see everything else that it comes within the next section. 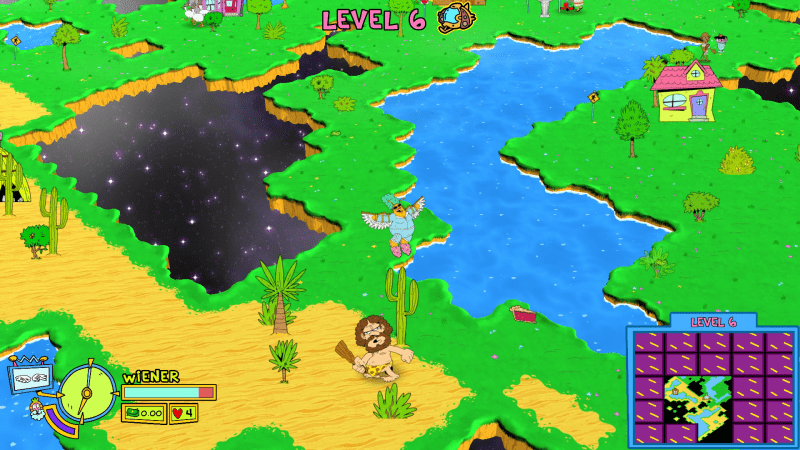 First off, you have 3 difficulties to choose from. If you play the game across all 6 unlocked characters on Normal difficulty, then you can unlock the other 3. Then you can play the other 3 characters in Normal mode. Then once all 9 have played Normal mode, you can play all 9 in Easy Farty mode. Once you’ve done that, you could technically play the game with the 9 characters in the Toddler mode. This would yield the game being played a total of 27 times! Do you have to? No, not at all. Does it technically elongate the length of the title, yes.
But there are also other modes in the game as well. First off, you’ll see that there is an “Unlockables” section on the home screen. It will show you the massive laundry list of items that you need to unlock. They have various properties. There are different modes within the storyline as well, three in face. You have randomly generated levels, there is also a fixed level version, as well as a hardcore random mode. This is all on top of the difficulty of your choice. There is so much mixing and matching.
On top of all of that is that you also have the ability to play the game with up to 3 other players. This can be both couch co-op or online. I waited until the game was officially released to play the game so that way I would be able to test out the day one patch. The patch allows up to 3 more players even through online. This is worth the price of admission alone as everyone is free to do whatever they’d like and not have to be on the same screen at the same time! This is pretty much like this the whole game, save a couple of instances that I came across. 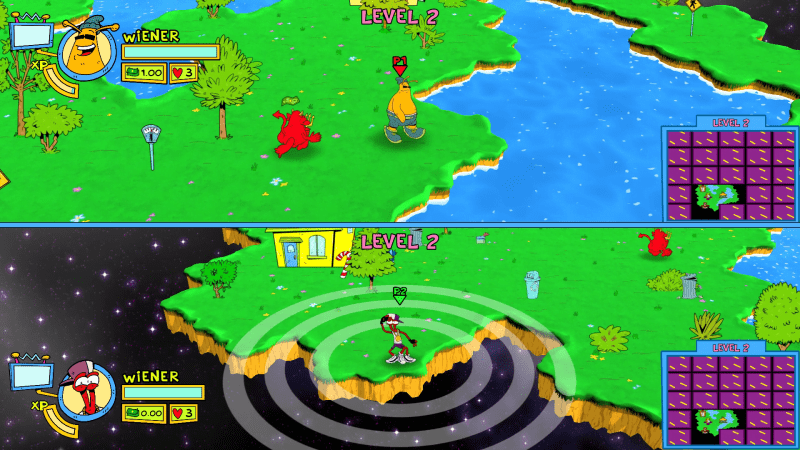 If you’re wanting this funkalicious title for XBOX One, click here.

How about for your happenin’ Nintendo Switch? Click here. 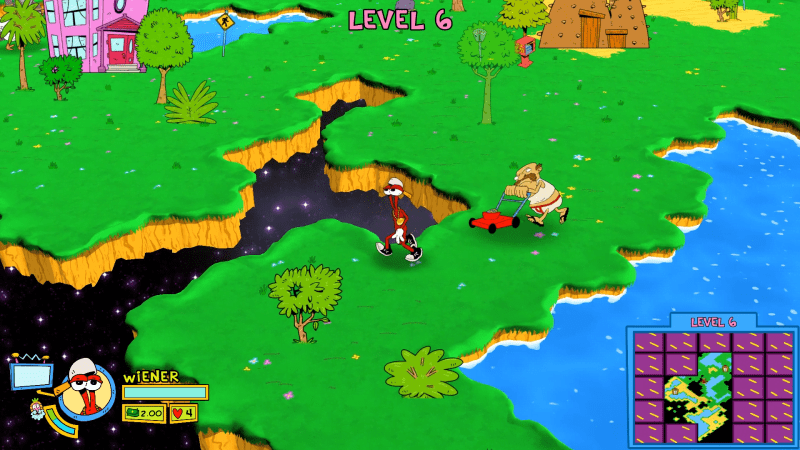