While I did not play the first three installments of Dead or Alive, I have loved the series since the fourth game, and now I am excited to play and review the latest release in the franchise. I will be reviewing the PlayStation 4 edition of the game, and we will be doing a separate review of the Xbox One version and then a comparison of the two. Now along with two new additions to the roster, there are some changes in Dead or Alive 6 we should look at first.

NiCo and Diego are the new characters introduced in the game. NiCo is a smaller female character who is agile, and she attacks with small bolts of electricity along with her fists. Diego is a medium build male character who uses a vicious street-fighting move set to beat his foes into submission. There are also two pre-order bonus characters, one of which is purchasable in online stores while the other is only available in the Deluxe Edition at the moment. 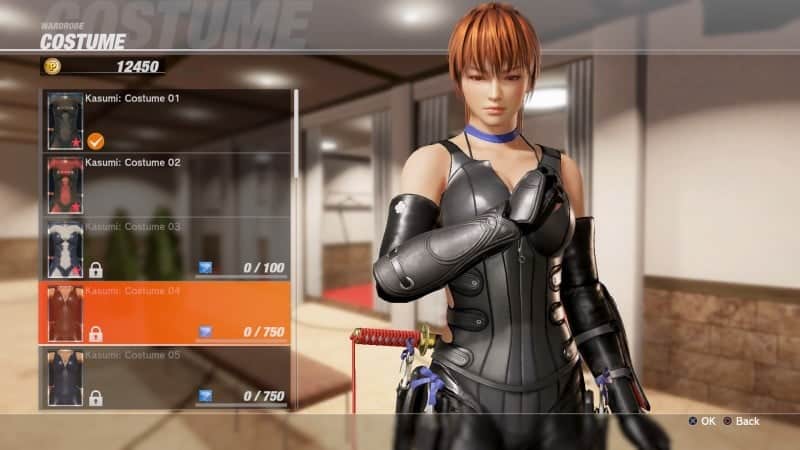 Nyotengu a female character with wings, who deals damage through aerial strikes and devastating throws is available as the pre-order bonus and for purchase on PSN, Xbox Live, and Steam. Lastly, Phase 4 is only available with the Digital Deluxe edition and is a clone of Kasumi with a very similar fighting style and move set. While Nyotengu and Phase 4 are not new to the series, this is the first time they have been locked behind a paywall, which some may find annoying. 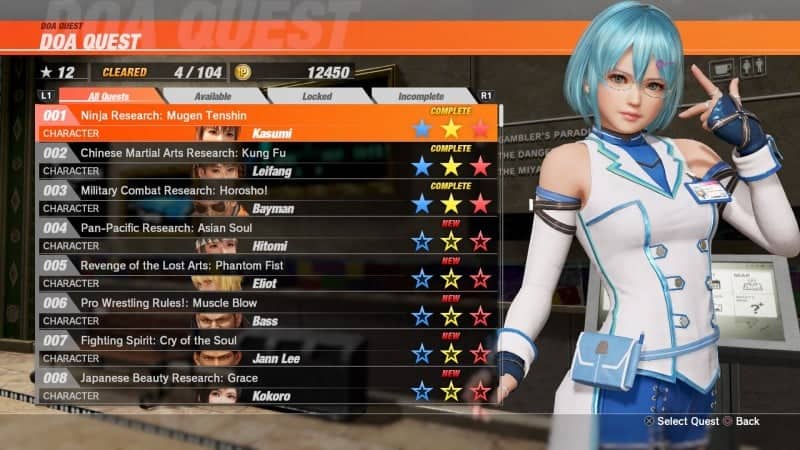 Along with the new characters are new outfits, as well as hair and accessories. On all the past DOA games the female roster has been notoriously over-sexualized by their risqué attire. The developers, Team Ninja, have talked in the past about changing this, and in a way they have. Default costumes for female characters are much more sensible this time around, although there are some unlockable outfits that get more into the old style of clothes. Game-play itself has also changed a bit with the new release. The developers have done a great job at making sure that no one character is severely overpowered. Every character has their own fighting style, but overall the whole roster is more balanced. The holds system also feels more responsive this time around.

To me, it doesn’t feel like you need machine-like reaction times to successfully get yourself out of a bind. Finally, DOA 6 has also included a special meter for the first time in the series history. It is called the Break Gauge and it can be used both offensively and defensively. Special attacks in the form of Break Blows can be used to do massive damage to opponents in spectacular finishing-move fashion, while Break Holds can be used at almost any point during an enemy combo to escape and deal a small amount of damage, provided you have enough Break Gauge to spare. 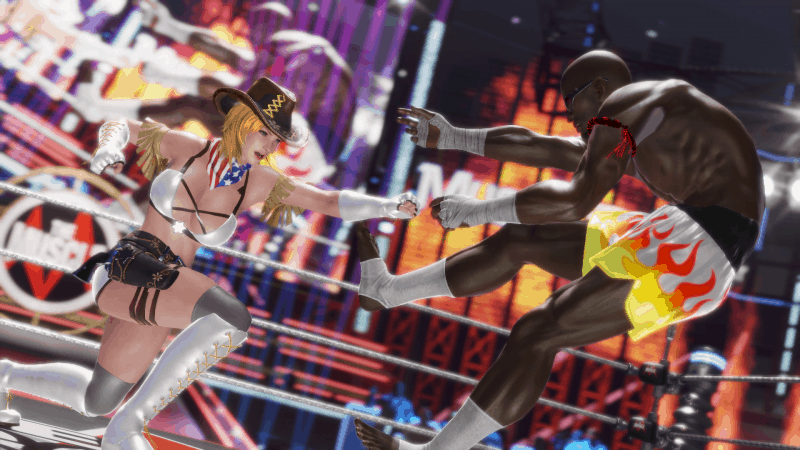 This type of mechanic is not new to the fighting game genre, but it is a nice touch that blends well into the fast-paced, over the top action that the game is known for. Now that we’ve covered the changes for the veterans of the series, let’s talk about the game in general for everyone else by first looking at the single player.

For a fighting game, Dead or Alive 6 has plenty of single player content. It has an eight-chapter story mode that has separate branches for most of the characters in the roster. While all the branches are supposed to be happening at the same time, and some connect as characters run into each other, sometimes it can be goofy and confusing. In some character’s branches, you can meet at a certain place, then if you play the other character’s branch the fight may happen elsewhere. To avoid too much confusion, I’d recommend picking a character you like and want to play as, then play their whole branch before moving to another character. If continuity doesn’t bother you either way of playing is fine. 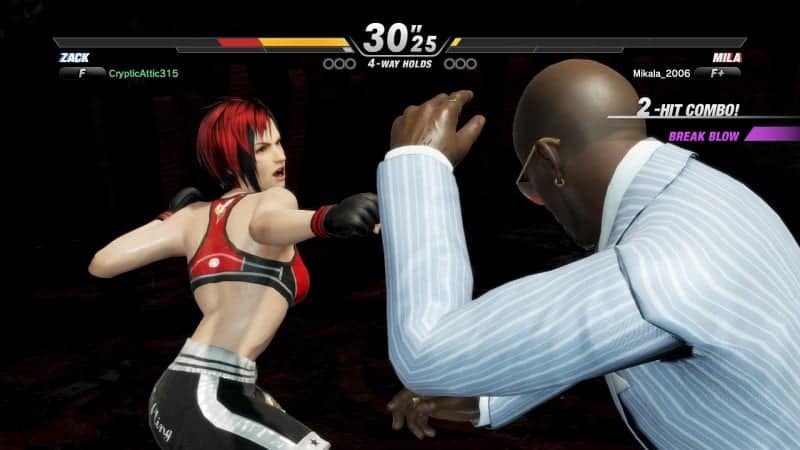 Dead or Alive doesn’t take itself too seriously and it’s still a fun and fulfilling story to play through nonetheless. In challenge mode, you must win a fight against the AI while meeting 3 special conditions with a pre-chosen character. If you complete all these challenges, you get rewards like outfit pieces that can only be unlocked this way, along with profile experience and the in-game currency you use to purchase other costumes, hairstyles, and accessories. Combine those with training modes to hone your skills, survival modes where you fight till you drop, arcade mode, and good old single fight AI battles and you have countless hours of content, even if you have no one to play with. The biggest part of the game though is, of course, multiplayer so let’s look at it next.

Dead or Alive 6 supports both couch co-op and online multiplayer. Starting with the local multiplayer, two fighters can battle in training mode or in versus matches. This time they removed four-player tag matches which were a favorite of mine, although it was not unexpected in the days of receding couch co-op. Players can pick between 24 characters (26 if you have the Digital Deluxe edition) and 14 stages or it can be set to shuffle all of these things in between matches. The online multiplayer works differently however, only having ranked matches at the moment. 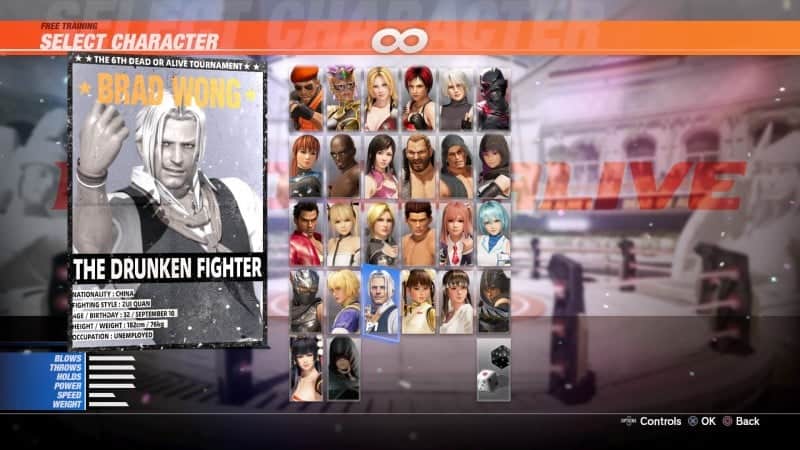 Players start out with an F-rank and by winning matches you slowly rise through the ranks and fight other players at the same skill level as you. The stage is always randomized, and you cannot change your character in between matches without backing out to the menu.

Overall, I would say the combat is fluid and well balanced enough to make multiplayer feel fair and exciting. All matches, both online and offline, allow you to save the replays and comb through the footage with a free camera photo-mode which allows for sweet videos and screenshots you can share with friends. There will be an update later in March with lobby matches and I will update this review afterward to include my opinions on it as well, though the update doesn’t have an exact date yet.

So, I realize I haven’t really talked about the fighting gameplay itself, so this is the part where I need to do that. Fighting in this game is absolutely amazing. DOA 6 follows the formula of the previous games by using fast and fluid fight mechanics that also take a little strategy. Instead of just memorizing combos alone, there is an underlying rock paper scissors element to it. Strikes like kicks and punches can be countered with a hold that’s like a block or a parry, depending on your timing. Holds can be countered with throws and then throws can be countered with strikes. 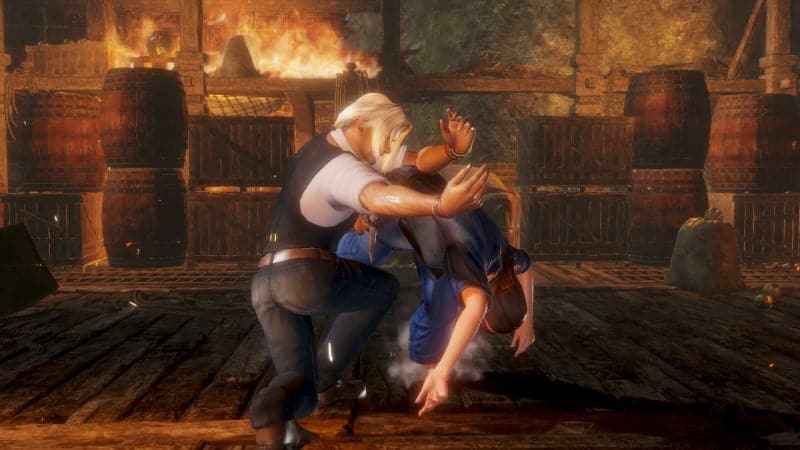 In order to be successful, you have to be aggressive but also try to predict your opponents every move both offensive and defensive. This style of fighting works really well and since the controls are so smooth and responsive it makes you feel like a master of the game even if your not until you run into someone with more skill that is. The game and combat, in general, appear to be made with care and no bugs to find leaving the player with an amazing experience overall. 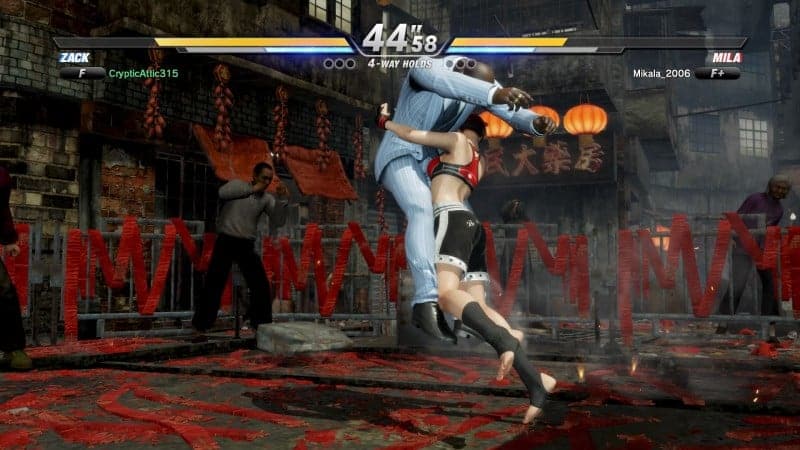 I must say I was not disappointed by Dead or Alive 6. It delivered everything I expected and then some from a new installment in the series. The inclusion of the Break Meter was unexpected and unnecessary, but it is a nice touch and fun to see in action. The game gives players plenty of single player content and nice well-rounded multiplayer matches culminating in a great experience for all players of the genre whether they are fans of the series or not. The characters are still as over the top and epic as before even though the costumes of the female roster have been made more sensible in this installment.

The game is well polished and just an overall good time which I definitely recommend to fans of the fighting game genre and the action game genre in general. I am incredibly happy with the game and I am so glad that I got to review a copy on PS4. Don’t forget that we will be publishing another article for the Xbox One version and remember you can purchase it for PS4, Xbox One, and Pc.