With the immense popularity of Classic consoles in recent years, the influx of Retroarch, and people’s nostalgia, it’s no doubt that people love retro games. Sure we all still buy the newest and best-looking game, but we still love to play the old ones. So I thought we’d get our hands on a flashcart made for the Game Boy Advance to see how it faired. The cart in question is the EZ Flash Omega from EZFlash, provided by mod3dscard.com. 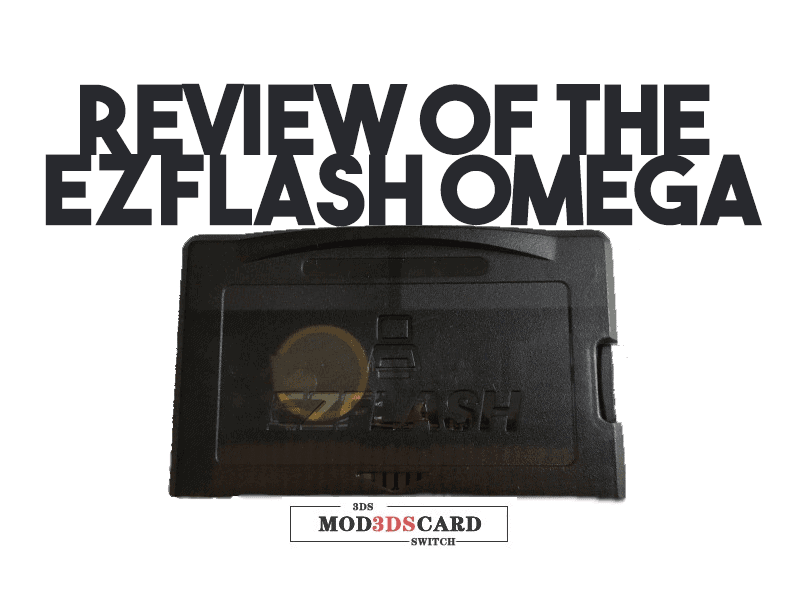 This thing has a large heap of pros to it! I genuinely have no idea where to start. This whole section may just seem like a ramble, but here it goes anyway! This device is versatile in terms of it’s shape. It can be used on DS lite with a simple one screw shell change. It’s also easy to set up the microSD card because you can format it into any of the FAT formats. You can use cards up to 128GB should you need to. It’s easy to update the EZFlash as well. You start by going to their website and downloading the three zip files. Then just drag and drop all of the extracted files and holding R upon booting up. This will make your EZFlash be all of the way up to date.

The other two extracted zips are custom thumbnails and cheats. The built-in cheat function is absolutely a thrill as you don’t have to go online searching for them, they’re just there on the cart after you add them. Besides GBA ROMS, it also supports NES, Game Boy, and Game Boy Color! That makes this cart practically an all in one solution for the GBA. And as far as the cheats on their site are concerned, they only for GBA games. The EZFlash can work on all devices that a GBA cartridge can. For the uninitiated, that means the GBA, GBA SP, Game Boy Micro, DS, and the aforementioned DS Lite.

There are plenty of options when booting the ROM of your choice. You can just boot the ROM as is, you can boot it with addons (that you set), you can write to NOR “Clean”, you can write to NOR “Addon” and you can also change the Save type. If you boot the ROM as is; this means there are no hotkeys enabled for cheats, sleep mode, or save states. Booting with addons enables any of those that you had turned on in the EZFlash settings. Also, if you save the ROM to the NOR, it will boot faster the next time around. However, most ROMs felt like they booted very quickly for me. The first time is always longer if you’re booting with addons as it creates the save file and such.

NES, GB, GBC ROMS all have to be booted with clean boot but they have extra settings if you hold the L and R during gameplay. These options allow you to configure settings such as turbo, controller port (NES), display, save states, sleep, restart ROM, exit the ROM, and managing SRAM. ROMS of all four emulators run at full speed. I couldn’t find a game in all of my testing over the last week that didn’t work. Lastly, if you want to boot clean every time, you can. So you don’t have to use the save states if you don’t want to. That just means you can still use the built-in save function of the games. The EZFlash also has a built-in battery for helping with saves and time management. 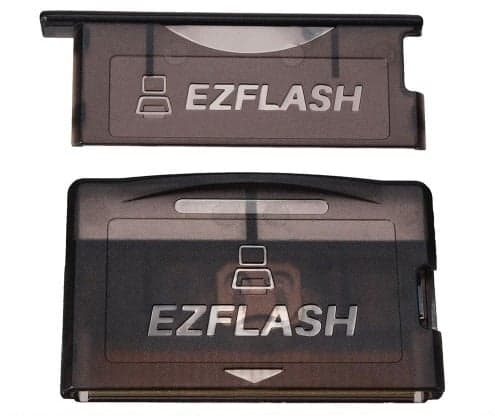 To start this section off, I wanted you all to know that I tried very hard to hurt, ruin, or destroy this thing in terms of firmware. You’ll probably notice that this section is quite small. And while I wanted to test the limitations of the cart, I had a hard time finding anything wrong with this thing.

What I did first was put the entire GBA library on the cart. The idea here was that maybe the exceedingly large number of ROMS in a romset may break the device. I was only partially correct here. The size of it is too big to fit in one folder, but it is technically fixable. If you’re someone who owns a complete GBA collection and intends on putting the entire ROM set on your microSD card, just split it into two folders. I put numbers to M in one folder and N to Z in another. After that, it populated the full list just fine. It’s not a logical problem since most people don’t own tons of GBA games to legally have tons of ROMS.

I then tested the hotkey support and the save states work fine. As do the built-in cheat enabling and disabling. However, I do think putting the game into sleep mode is a lame “feature”. It still eats battery as it’s holding the position of the game. All that sleep mode does is turns off the screen, buttons, and the speaker. It does leave on the Select and Start buttons. I would just recommend making a save state or saving normally and turning off the device. Especially if you’re nowhere near your charger.

The biggest issue that only happened to me only happened to me once. I haven’t been able to recreate it either since then. But what happened was one of my save states became corrupted. Since then, maybe once a week, I’ll just back up my save states to my PC just in case. So if one dies, I’ll have a more recent backup. I also save in the game where designated just in case. Needless to say, once it happened once, I wasn’t about to let it happen again. 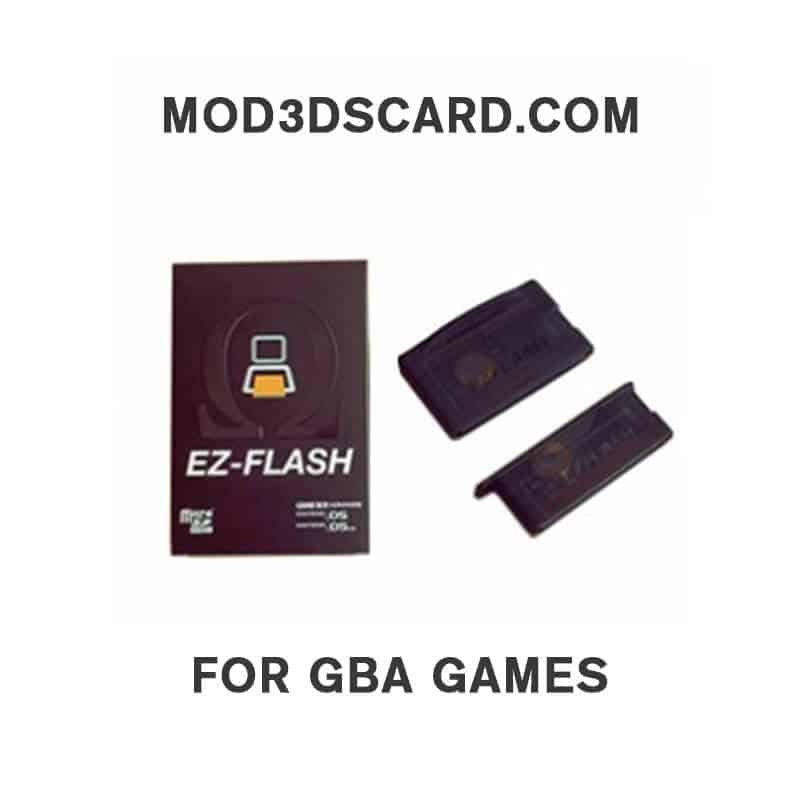 This thing far surpassed my wildest expectations. I really was expecting something with about a 50% compatibility rate. And that 50% I expected to be sports games and Mary Kate & Ashley games. But I was beyond pleasantly surprised. I’m sure that there is a reason to spend so much money on a GBA Everdrive, but I won’t personally be buying one for my GBA. This version of the EZ Flash really blew me away with its features and how simple it is to update the firmware when updates come out.

If you’d like one of these to put into your beautiful GBA, you can find it here at mod3dscard!